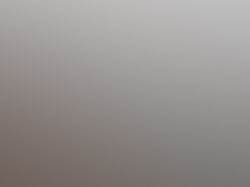 The Peoples Republic of China will give “life-on-other-planet” Canadians a run for their money on pushing the UFO agenda in 2006.

Canada already has a welcoming committee at the ready to establish diplomacy with “ethical Off-Planet cultures now visiting earth”.

Since 1964, Canada has been home to the world’s first UFO landing pad in St. Paul, Alberta, a 130-ton concrete structure built as that city’s Centennial project.

Boasted to be among the famed visitors who dropped by to see the UFO landing pad by its promoters were Her Majesty Queen Elizabeth and Mother Teresa.

The Canadian Exopolitics Initiative, presented by NGOs to a Senate Committee panel hearing in Winnipeg on March 10, 2005, proposes that the Government of Canada undertake a `Decade of Contact’ with extraterrestrials.

If the idea of ETs already visiting earth is a mind stretch for some, the Decade of Contact initiative is supported by former Canadian Minister of Defense Paul Hellyer, among others.

In 1938, an Orson Wells radio program claimed that a real time alien invasion was in progress.

Now that they’ve got the money, China may get to ETs before Canada ever does.

“Government officials in Guiyang, capital of Guizhou Province, announced on Tuesday that they had received $20 million from a Taiwan-based company to build a UFO research facility in China.” (TCV News, Dec. 11, 2005).

According to TCV News’ Jim Kouri, the project is a result of several people in the city’s Baiyun District claiming they were visited by extraterrestrials in 1994. With the new research facility, scientists hope to reproduce the mysterious moment through photos and historical documentation.

“In 1994, more than 27 pine trees in a forest farm in the district mysteriously fell down. However, nearby plastic shelters stood intact.

“A nearby motor vehicle factory reported similar unexplained events: steel pipes were strangely broken; a huge truck was found more than 20 metres away from its original place; and a factory employee claims he was mysteriously pulled up in the air by an “unknown” force.”

While some chalk up the mysterious events to ET, scientists stated after a field trip to the locations that thunder, lightning and tornadoes were the probable cause.

Wang Fangchen, a biologist who visited the site right after the event, said the city’s plan to build a UFO research base is “ridiculous”.

“Where do they recruit scientists for the research?” he asked, before adding: “I won’t oppose it if they just want to promote local tourism through the programme.”

Zhou Xiaoqiang, a secretary-general with the Beijing UFO Research Association, said, “People often mistake planes, clouds and insects, as well as strange shadows on photographs, as being UFOs.

“If aliens came, they would more likely appear before our eyes politely than hide themselves, said Xiaoaqing.

On Sept. 22, 2005, Prime Minister Paul Martin declared to the UN General Assembly, “Space is our final frontier. It has always captured our imagination. What a tragedy it would be if space became one big weapons arsenal and the scene of a new arms race.”

Martin stated, “In 1967, the UN agreed that weapons of mass destruction must not be based in space. The time has come to extend this ban to all weapons…”

Meanwhile, the same US detractors, who argue that there never were Weapons of Mass Destruction in Iraq, worry about the possibility of stockpiling WMD in outer space.