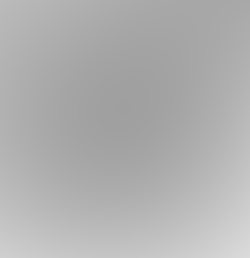 Archeologists have discovered rock paintings depicting strange creatures and called them teriantrops,  hybrids of humans and animals. Researchers believe that ancient artists made the painting from life.

Paul Takon from the Australian Museum in Sydney and anthropologist Christopher Chippendale from the University of Cambridge say that such hybrids, including centaurs, were highly likely living side by side with primitives. In Australia and South Africa, the researchers discovered dozens of rock paintings showing animals with human heads and humans with animal heads that may be over 32 thousand years old.

They have had the first in history detailed study of the strange drawings. The study covered about 5,000 rock paintings of our ancestors; the researchers systematized the frequency and the types of depicted teriantrops and determined their ages. They arrived at a conclusion that animal men actually existed in the  remote past. They believe that primitives could hardly draw what they never saw.

Myths of Ancient Greece and Rome also tell us about animal men, and centaurs are the most frequent ones. These are creatures with the human torso transforming into the feet of a horse or some other animal, a bull, a donkey, a sheep and even a goat. The word centaur is a compound of KEN (kenw) meaning “I kill” and TAUROS meaning “bull”, and it reveals astronomic knowledge of our ancestors. When the constellation of Sagittarius (Centaurus throwing a spear) appears in the night skies, we can no longer see Taurus, one of the Sun symbols.

The anciet legends say that centaurs came down from the Greek mountains where they failed to keep up friendly relations with the local population. As far as some centaurs loved drinking wine, they easily flew into a rage and conflicted with people.

Some ancient legends are absolutely strange indeed. There is an old Greek myth saying that great conqueror Alexander the Great was conceived after a contact with a grass-snake, into whom Zeus, the patron of all gods and humans, turned with the view to seduce Olympia, the daughter of Macedonian king.

Historical sources reveal that buggery was very popular among ancient Greeks and Romans. A legend says that Greek scholar Thales recommended his master Periandr not to engage unmarried shepherds not to produce more centaurs. Roman satirist Juvenalis wrote that “Roman women often exposed their naked buttocks to tempt donkeys into sex contacts.” In Egypt, these contacts were part of the fertility cult ceremony.

In ancient times, warriors took a flock of sheep or goats for every battle; they used animals for eating and having sex. There is written evidence saying that Italian soldiers deserted during the siege of Lyons by catholics in 1562 because they had little sheep for sex contacts. Allowing sex contacts between soldiers and animals was believed the lesser evil than sex with prostitutes. Respectable scholars – Paracelsus, Cardano and famous accoucher of the 16th century Fortunio Liceti – several times registered birth of hybrids, animal kids born by humans and human kids born by animals. Their notes mention horses, elephants, dogs and even lions.

Alexander Guryev says that some time ago the official science would not recognize the possibility of interbreeding of humans and animals. But recently relaiable scientific sources have published results of genetic experiments as a result of which researchers got chimeras in test-tubes, germs having part of human and part of animal cells. From the genetics point of view, the difference between humans and animals makes just several per cent. It is not ruled out that spontaneous mutations may take place in rare instances, and natural interbreeding is quite possible in this case. May it be so that humans with such mutations lived in all epochs?

Famous Danish anatomist Thomas Bartolin wrote he saw a woman who had a baby with a cat head after copulation with a cat. Medicine books of the 19-20th centuries describe instances of birth of animal humans. At the end of the past century, some British researchers wrote about black women living togetehr with gorillas. Children born as a result of such contacts could even do easy work abour the house and even speak. Unfortunately, researchers had no chance of seeing these creatures because the hybrids felt seriously hurt and escaped to jungle.

Alexander Guryev says that researchers have no whole centaur skeletons but lots of upper and lower parts of centaurs skeletons.