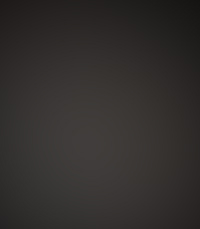 Ordinarily it is hard to predict how a kitten will look when it is grown. But not for David Cheng, who plans to buy a clone of his much-loved short-haired black-and-white cat Shadow. After all, the cloning company guarantees that Shadow’s successor will bear a close resemblance.

When Mr. Cheng, who works as a technology auditor for a Wall Street investment bank, discovered that Shadow had a tumor that would soon prove fatal, he had the cat’s cells saved, cultured and frozen. Now, he is preparing for the next step: paying for Shadow’s cloned replacement. “I’m saving up some money,” he said. “It’s a lot like buying a car.” Tuesday.

The financing for Shadow’s successor won’t be trivial. Preserving the cells, a necessary beginning for anyone interested in creating a clone, can run $300 to $1,400, not including veterinarian costs and yearly storage fees. But these expenses pale in comparison with the cost of the clone itself: at Genetic Savings and Clone, the company that stored Shadow’s DNA, the price is $32,000 – reduced from the original $50,000, but still an impressive sum.

Mr. Cheng said that he would pay whatever it cost – although he is waiting until the price drops a bit – because he misses his cat so. “Shadow had two really long, funny-looking teeth like sabers,” he said. “Everyone loved him.”

The cloning and sale of pets has its critics, who call it wasteful and inhumane. Some point to shelters bursting with pets in need of homes, or remind buyers that cloning is still a relatively new process, with the health of future generations of offspring still unknown. And the $32,000 lavished on one kitten clone would certainly pay for the care of many a needy animal.

But Kathy Hudson, director of the Genetics and Public Policy Center at Johns Hopkins University, said affection for lost pets was a powerful motivator. “People pay outrageous sums for unusual breeds and purebreds, and, now, clones,” she said. “Some people become adoring of a particular pet, and want another one exactly like it.”

Mr. Cheng is one of hundreds of customers of Genetic Savings and Clone in Sausalito, Calif., who have already banked samples of pet DNA, said Ben Carlson, a company spokesman. People sign up for many reasons, sometimes because their animals have been spayed or neutered and can’t be bred, or because they were the product of a unique genetic cocktail the company calls a breed of one. “We have many people whose pet is a mutt with the perfect blend of characteristics,” Mr. Carlson said. “That person can’t go to a breeder, but he can get what amounts to an identical twin from us.”

Right now, Genetic Savings is selling only cat clones, although Lou Hawthorne, the chief executive, said the company would probably produce its first cloned dog this year. So far, the company has sold two cat clones at $50,000 each, and has sent out several contracts under the new, reduced price, which it plans to lower again as the cloning process becomes more efficient.

To display its work and perhaps to help demystify its science, the company is opening an 8,000-square-foot research site outside Madison, Wis. It will have plate-glass windows set into the U-shaped perimeter of a laboratory so that people can view this modern version of a maternity ward.

They may also catch a glimpse of a local cat celebrity, Peaches, cloned last year from Mango, owned by Leslie Ungerer, who oversees most of the feline projects at the lab. “They are fast friends,” she said of mother and clone, who spend part of their time at the lab and part at her home.

Mr. Hawthorne said all clones come with a one-year health guarantee. And, “We give an absolute, money-back guarantee for physical resemblance,” he said.

Dog owners can hardly wait. About 200 of them have signed up at Genetic Savings to preserve their pets’ DNA. Rebecca Alford, an opera singer who lives in Manhattan, has stored cells from her dog Missy, a Maltese mix, now dead. Today Ms. Alford has five dogs, including two purebreds (one Shih Tzu and one Maltese) she rescued when they were abandoned on the street. But they have not replaced Missy, she said. “I probably would have had her bred, but I did the responsible thing and had her spayed,” she said. “I won’t get Missy back, but it will be like getting her puppies.”