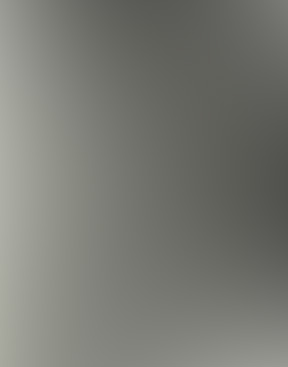 Some say that Albion, the oldest known name for Britain is based on an ancient root word meaning white, after the chalk cliffs of the south-east coast or of the landscape of Avebury and Stonehenge.

But an enduring legend relates that Albion is named after the leaderof a race of giants who journeyed to this island after the Flood. In many traditions such giants are the gigantic ‘men of renown’; the Nephilim spoken of in the Bible who were progeny of the ‘sons of gods and the daughters of men.’ They are also mentioned much earlier in Sumerian history which describes such beings as the offspring of the extra-terrestrial and dragon-like Annunaki and human women.

Interwoven with this ancient legacy of the origins of Albion is thestory of King Arthur who historians are coming to recognize that rather than being a figure of legend, may well have been a late 5th/early 6th century war leader who after the Roman legions left Albion, defended the land against Anglo-Saxon marauders.

Indeed ‘Arthur’ may not have actually been a name but an honorary title; Artorius.

And his story may have an extraordinary connection with the legendary origins of Albion.

The region of Lake Van in what is today south-eastern Turkey is generally viewed as a homeland of the Nephilim and also where a group known as the Dimili Kurds come from. Their race memory involves dragon-like Nephilimic ancestry and their traditions include such later Arthurian icons as a sword pulled from the ground and a round table.

In 175 AD a group of them formed part of a troop of soldiers sent by the Roman Emperor Marcus Aurelius to Albion under their commander LuciusArtorius Castus. Over generations they, like many of the Roman army, would have put down roots in Albion.

In time, did their traditions, the possible naming of future leaders after their heroic commander and their deepening loyalty to Albion meant that when the Roman legions left, they defended this land and for a time, when the chaos caused by the Fall of the Roman Empire was rampant elsewhere, enable peace to prevail in Albion?

The essence of Albion and of Arthur, the ‘once and future king’ arestill deeply felt here and are represented in myriad ways throughout our culture.  In July, during our journey to Albion, we’ll be visiting Tintagel in Cornwall, Arthur’s reputed birthplace and also Glastonbury where his body was discovered in medieval times.

And as we explore these ancient mysteries, we’ll see how the universa land eternal truths that they embody are awakening once again.

Next time I’ll share how Christianity came to Albion through the dedication of Celtic saints. And whether the ‘lamb of God’ himself walked here.

Listen and Watch Jude Currivan as she talks about The Mystery of Albion: http://greatmystery.org/Programs/juderegister.html