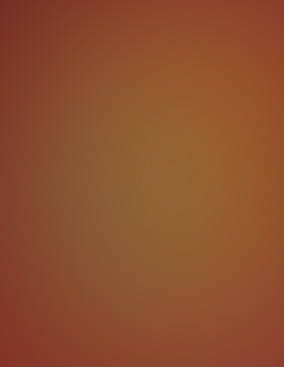 An enduring folklore of the south-west of Albion states that Joseph of Arimathea, the merchant uncle of Jesus came here. As archaeology has proven, two thousand years ago there was substantial trade with the eastern Mediterranean which could well have brought Joseph to Albion. Legend also suggests that the young Jesus may have accompanied his uncle on one of his trips.

In his poem Jerusalem, often viewed as the greatest anthem of the English people, 18th century mystic William Blake asks:

‘And did those feet in ancient time.
Walk upon England’s mountains green:
And was the holy Lamb of God,
On England’s pleasant pastures seen!’

Local legend in Cornwall even identifies a 13th century church with a 6th century Celtic heritage at St Just in Roseland on the Roseland peninsula that tradition identifies as being where Jesus and Joseph are reputed to have first set foot ashore.

The early Celtic church was very different to the authoritarian and patriarchal Roman Catholic institution which eventually took over from the late 5th century. Instead it had much in common with gnostic Christian teachings and with the Druidic and the even more ancient spiritual tradition it superseded. It came to Albion very early and during our journey in July we’ll visit sites where the essence of such early Christianity and the presence of Joseph and perhaps even Jesus himself, can still be sensed.

Glastonbury, dominated by the Tor and its church tower dedicated to St Michael around which the serpentine earth energies of the Michael-Mary leys flow, is the mystical centre of the earliest church tradition. Within the beautiful ruins of Glastonbury Abbey, its chapel dedicated jointly to St Mary and to St Joseph stands on the earlier sanctuary where the latter is said to have returned to Albion after the crucifixion to found the Christian church. Records suggest that this could indeed be true as Pope Eleutherias asked for the chapel here to be re-dedicated in 166AD.

St Patrick the patron saint of Ireland ended his days as Abbot of Glastonbury and after his death pilgrims including St Brigit and St David the patron saint of Wales journeyed here. The body of Joseph himself is reputed to have been buried on Glastonbury’s Chalice Hill along with the legendary Holy Grail, the cup used at the Last Supper.

Another of the Glastonbury traditions is that when he arrived here Joseph struck his wooden staff into the ground of Wearyall Hill below which he then built his church. Legend says that the staff took root and from it descended generations of the holy thorn which is still revered.

But in late 2010 the Wearyall Hill thorn was hacked down by an unknown assailant and for unknown reasons.

Whilst as many people around the world were, I was very saddened to hear of its desecration. But looking beyond the apparent act of vandalism, I wonder whether such an event can offer a deeper potential opportunity for healing?

For I feel that the thorn itself is a potent symbol of suffering and sacrifice that in much of Christian teaching has overwhelmed the deeper message of love and the gnosis of the divine within us all. It seems to me that it is now time for the original gnostic roots of Christ’s teachings as embodied in the Celtic church to prevail and so the remaining root of the ancient thorn embedded within Wearyall Hill is for me, a symbol of this lasting, loving and universal truth.

For more information click here!
Image: Icon of St. Joseph of Arimathea at Glastonbury, with the HolyGrail and the staff that flowered, by the hand of a Monk of theBrotherhood of St. Seraphim of Sarov.