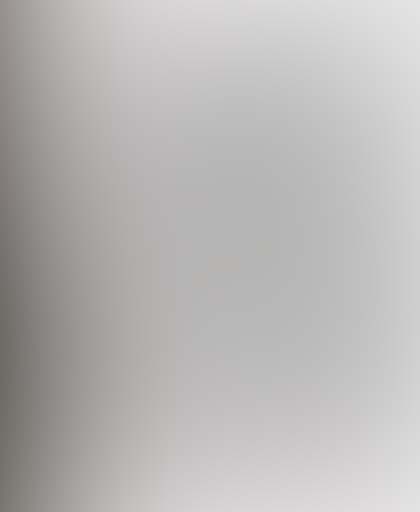 My parents, when I was a child also told me that there were no such things as monsters, not real ones but there are, and they were wrong.
**************
“All truth passes through three (3) stages. First, it is ridiculed. Second, it is violently opposed. Third, it is accepted as being self-evident.” Arthur Schopenhauer”
*********************
Within a blackness, a voice, intoning, resonant and deep, over and over and over:

“What a beautiful child, such a lovely child.”

“What a lovely child, such a beautiful child.”

Suddenly, I am drawn to a parade.

Moving swiftly forward, striding, I can see the popcorn strewn sidewalk beneath my feet and I can smell cotton candy cloying sweetness wafting in the breeze.

Just ahead, an excited blare of trumpets, a murmur of deeply lined crowds and a growing but yet still distant tattoo of drums, combine to urge and propel me forward.

I am holding hands, pulling along two children,one in each hand, as I rush forward, expectantly eager, with an urgency that these two very small children experience the brassy, colorful thrill, of a parade.

In my right hand is the palm of a human child, perhaps five years old, a child wiry and muscular with blond hair and bluest eyes, a robust human child.

In my other hand, I grasp a small, withered hand, one of an odd looking, frail, non-human child, with black almond-shaped eyes and very long, skinny arms and legs, a sickly, tubular creature-child, who struggles but who can’t keep up.

I sweep this odd child up onto my shoulders to let it see ahead and to carry it ; I feel its joy as a strong psychic wave…I look again, curious and more critical.

It is a handicapped, ailing entity, sadly listless and lifeless.

A facsimile look alike of the cartoon character, Gumby, its long grey arms and legs seem useless appendages, a long tubular shaped Gumby child, listless, ill and with no vitality.

I stare in amazement, clearly disgusted.

The scene changes, as does the perspective.

I am now looking down at this same grey tubular, now diapered child, laying on a bed.

I hear that same deep resonant voice repeatedly suggest that I change its diaper.

I was never an eager changer of diapers with my own babies, choosing sometimes to neglectfully leave a fully ripe and pungent baby for their mother to change.

I recoiled at the suggestion to nurture and care for it by changing its dirty diaper..

Both the creature and its toilet needs repulsed me, as I examined it more closely.

I awakened in bed, aware that the word, “dreams”, used to describe abduction’s surreal otherworldly-ness, is an impotent word, in our language, a problem with our language’s inability to describe the alien astral experience in any other way.

“What a beautiful child!”, as a phrase, is recalled by tens of thousands of abductees the world over, a phrase in an alien scripted scenario, in attempts to have offspring reunited with their somatic abductee parents for nurturing.

A painful thought arouses a dawning idea, that the ethereal, astral child is  possibly of my  spirit, blood and flesh.

And that’s what abductions are all about, creating offspring,  blending two very different species of beings, us and them, with many variations, farmed throughout the Universe, as a product, as we treat animals, in the same way, as we practice animal husbandry.

Abductions prevail and we are Manchurian candidates of stellar proportions.
Often abductions involve other unintended side effects.

Mass abductions, the taking of many people in an area at the same time, involves folding time and space, in a manner beyond belief, so that no time missed is noticed by abductees.

Time is a quaint variable, like gravity, both of which aliens have exploited in ways that we can only faintly imagine.

When UFO craft suddenly wink out, vanish and then reappear, in the exact same spot, they have actually traveled in time and returned.

I have decided not to awaken with nightmares and recollections of non-human creatures, and not to ever look up at the sky, to see craft.
I refuse to acknowledge this apparent lifetime’s kidnapping and theft agreement,  with aliens, on a spiritual level, as this particular personality of mine has been purposely made aware of these intrusions and as such, I believe that these experiences reflect a clear violation of spiritual rights, in their continuing.

I have dragged my feet and refused cooperation.

They changed tactics and redoubled their efforts.

I , through effective prayer, enlisted spiritual help from the same dimension that they use to enter our physical one, and they lent demons into the equation as spite work, and to muddle the picture.

I program myself to be more lucid in dreamstate, that I will remember, and then vague and vivid snippets remain which I can unfurl at leisure, by worrying the edges of the snippet, just before, and just after. That focus works to open remembrances, for me.

What happened just before and just after the recalled snippet of memory will intrude slowly, until a fuller grasp entails.

Sometimes, not a moment elapses between sleep and awakening, when  they wrap me in general blackness, so that I awake with nosebleeds, scoop marks and exhaustion, but without vivid remnants, to recall.

The screen memories are  aligned with negative thoughts, scenarios  imposed, by virtue of their worst scenario plots and their vividness.

They are masters of delusions and can have one dreaming a snug little dream, cocooned on a short psychic leash, while they march one around their craft for various purposes, and most abductees, the world over, are none the wiser.

Those abductees who recall anything whatsoever are rare and far inbetween.

I resent and frustrate their entrances, approaches and goals when I resist and their tempers ill befit the advanced technology that they have.

Since they primarily wait until one is in REM sleep, lucid dreaming works well to detect and interact with them and is worth all the trouble it takes to master techniques of lucid dreaming.

It is hard to imagine the planetary human hardships and brutal dilemmas in human history, likely orchestrated by these alien puppet masters.

I program myself subliminally to repeat: “I will no longer participate in these alien endeavors”, to find in sleep that I am shaken forcibly by a dark demonic entity as strong as a bull, who says,” You will do as you’re TOLD!”

Prayer works, like a pesticide, only if it is effective and is repetitious.

While none of the standard appeals to saints and to Jesus works, repeating the word, ” GOD”, over and over, can set up a different vibration level that could instantly end an astral abduction, if one only had the presence of mind.

That’s where lucid dreaming comes in.

One of Heaven’s most engaged, Archangel St. Michael gives support in our battles against intrusive UFO evil to bring immediate temporary respite.

We are not alone or simply watched with benign neglect, by Heaven.

Never fear, as they feed ethereally from fears, but Love them away, and they’ll be puzzled enough to sit down and think things over, before they come again.

Creeping anxiety is the signature symptom of their unseen psychic intrusion, and if you feel that fear building, they’re already peeking inside.

Panic attacks, are the soul’s reaction to any ( demonic or alien, ) intrusions into the human psyche.
Treat the creepy anxiety as though it were an unwanted burglar, and order it away in the name of God.
You’ll see that the feeling abates instantly, as they initially back off but like yellow jacket wasps at at a picnic cola, they unerringly try again, over and over.

Why are we so helpless, in sleep?

During abductions, the human brain is somehow detached from the front of the brain, where one’s shoe can hang before one’s eyes but one cant discern just precisely what it is.

That’s what looking out of the craft’s window, and seeing the Earth, the Moon, nebulae and stars was like, precisely stated, for me.

The perspective was waking to find that I was asleep, wrapped in delusional thoughts and scenes.

I became suddenly lucid, awoke onboard from a trance, and discovered  a host of others, during a mass abduction, on short, psychic, surreal leashes of psychic control, while we were manipulated  around a large craft for various purposes.

The psychic nature of these entities is most uncannily canny, and most who experience an abduction, will not recall being inside an alien craft , and will dismiss any vivid flashbacks, as dreams.

My only clue, was awakening with the joy of recalling a dream about an intricate gorgeous wood inlayed staircase that had brought me a sweet rapture.

Unfurling backwards, and forwards the events around that joy, at an ornate wood staircase revealed that my ‘rapture’, had been an alien telepathic ploy

to erase my joyous memory , to cloud my recollections of my genuine awe, in seeing the Earth, the Moon, stars and purple nebulae, stunningly, in the blackest space, interspersed with tiny red and white stars, outside that craft’s window.

By making a simple metal staircase turn into a lushy built wood inlay, by making the staircase the unrightful recipient of a powerfully imposed ‘awe’, and ‘rapture’, by turning the delusion’s volume up too dramatically, a mind controlling screen memory failed, and ultimately backfired for the controlling, mind reading entity who had imposed it!

There is still much more to be remembered.

Source: http://soulofwit.com/2014/09/09/Why-Alien-Abductions-Occur-Alien-Human-Hybrids
BIO:
Abductions and their remnant elusive memories have opened all this for Paul, a confirmed atheist, UNTIL Paul saw aliens float him out of his body, in his bed, at night.