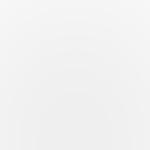 Alien Curiosity Common Sense About Before BIG BANG Time in Black Hole – Stephen Hawking says that the Big Bang was created from Nothing! 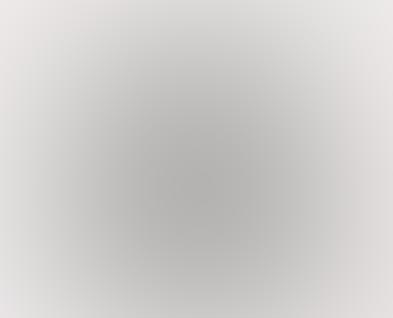 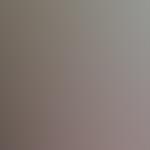 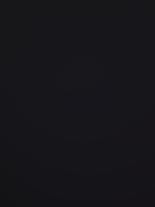 Therefore I challenge his way of thinking based on my own choice to believe in that which created the black hole and lies farther outside the black hole as what is called the multiverse, metaverse, xenoverse, Alphaverse, and . This is my life and I choose to believe there is more than the nothing inside a black hole as our beginning and end.
The part of math I can relate too that he is using is that the Universe equals a 0 on a time line. That there is both positive and negative energy equaling a -1 on one side as negative and a positive + 1 on the other side of the 0. This makes life seem simple as both positive and negative energy on both sides of our own universe which is the 0 which came from the Big bang which came from the Original BLACK HOLE.
Using my own life’s memories after what appeared on this planet as a death and dying, I have memories that I believe went through a black hole at the time of my death. There were billions of stars before I entered a magnetic pitch black hole and on the other side was that which we can share as other multiverses, metaverse, xenoverse, and omniverse, before meeting the ultimate creators we all call the Alpha and Omega in our ancient codexes from Greek meaning the beginning and the end. The Alphaverse would create all negative energy and the Omegaverse would create all positive energy.

What comes from the combination of both is what we call an Omniverse.
I have died and been inside a BLACK HOLE and came back to tell about it.
Black Holes are magnetic holes that explain the Big Bang to people in science. The cosmos is said to begin with energy and matter. Since matter is also energy then it is said we only need space.
So, Stephen Hawking has on this television show on the Discovery Channels Planet Green has shared what science knows on earth that a black hole is a large mass of magnetic energy imploding on its own self.
Stephen Hawking announced he is thankful for this one life to exist in figuring out the universe inside the cosmos.
I do not agree with his findings and assessment inside his mind. The mind I have allows my imagination to explore what has been life for me on the other side of what we call life that he does not believe in.
I have memories of another life in another place. That is my factual experience and to some only my personal opinion the same as Stephen Hawking’s.
Facts are science has proven that a black hole is created by an implosion and has not been proven that time stops inside a black hole. It has been proven that if one puts a watch close to a magnet it will stop.
Therefore how can Stephen Hawking has not been inside a black hole. How does anyone according to the way he explains life know that there is no creator on the other side of the black hole?
No one has ever been physically inside a black hole and lived the way we regard as life going inside a black hole and living to tell about it.
I profess on the other hand to claim that the black holes are windows to our own souls.
This way of thinking offends those who still do believe in divine creation and whom or what some of us called the majority still believe in as a god.
He may choose to believe as an Atheist but does agree that everyone can believe as they so choose.
I choose to believe in a divine creator that was prior to the magnetic energy that he calls a black hole.
I differ in the fact that I believe in both a male energy iconic god as alphaverse and a female iconic goddess as the omegaverse.
The two supreme beings who are the eternal essence energy that has always been has been understood in my mind as that which fires our imagination to exist in the cosmos that we call space. Without this energy of the divine creators we would not have a BIG BANG, TIME, ENERGY, or MATTER in SPACE!
It will be up to those in quantum mechanics to prove Stephen Hawking’s theory of death into nothing or Theresa Morris’s theory of death into something.
In my something I take the energy of my essence as my imagination and my memories with me to another place outside of this universe, big bang, and black hole.
Stephen Hawking in my estimation is ill and has given up on finding out what created the black hole. His analogy of the Big bang and Time cease to exist inside of a black hole which is nothing is his answer to the cosmos and says therefore we do not need a GOD.
I know where my imagination and memories went when I died once on earth and was 23 years old as a female who had complete memories before and after I died, or to some had a near death experience or astral planned or remote viewed or had an epiphany or all of the descriptions.
What remains to be proven in what we call science and math is that there is something outside of the black holes which are the windows to the other universes inside the multiverse, inside the metaverse, inside the xenoverse, inside the omniverse which is created by that which has always been as the negative and positive energy that is in what we call space as the eternal infinity which is called infinity squared when it comes to sharing the negative and positive energy that creates the dense magnetic matter we call a black hole.
The future has only begun with that which STEPHEN HAWKING’S has given up on and that is the big bang theory beginning as time did inside of a black hole which he claims is nothing.
Nothing had to begin with something and we are back to what one desires to believe and create for themselves when they die. DO they want to join me and take their memories and their imagination to another place inside or outside of this omniverse or do they want to end this life believing as Stephen Hawking’s does that life ends inside a black hole?
I had to get this article up immediately since I am running out of time and will have a full schedule beginning tomorrow through the week of the 17th when I have the heart cath done.
Take care – Health and prosperity to all. My books will be available soon on Amazon.com but for now please order on lulu.com. Thank you. Love and Light. TJ
My writing I hope will be more about that which exists beyond this universe once I come back from surgery. I always have a burst of enlightenment when leaving my body under those circumstances. Let’s hope I fare well better under a physician’s care than Michael Jackson.