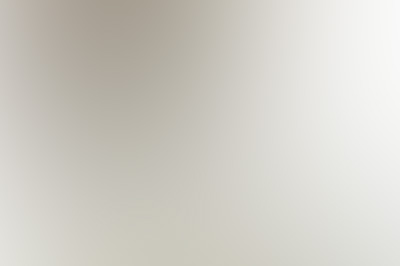 I would like all CE IV experiencers and other researchers of this phenomenon with whom I have worked directly; those of you who have shared written correspondence with me and those who have simply stumbled upon my Alien Jigsaw Web site, to know how much I have valued your input and the sharing of your experiences and research with me. Thank you for your many years of support. The work I have done in this field over the past 25 years has been one of the most rewarding experiences of my life. Most of my personal research may be gone now, but everything we have learned together can still be built upon, and what we have learned about this phenomenon can never be taken away. While voices may become silent for one reason or another, the truth we have learned can never be denied. I am grateful to be able to continue to publish other researcher’s information that has been shared with The Alien Jigsaw previously. Their information can now be accessed viahttp://alienjigsaw.com/ or http://alienjigsaw.com/Whats_New/Whats_new.html

Thanks to Dirk and Robert for allowing me to make this announcement via their excellent UFO Digest Website. Sincerely, AJ

——————————————————————————–
A Sample of Endorsements for “Alien Jigsaw”
“The Alien Jigsaw Web site remains the most outstanding information source on the best and most recent news and information about UFO alien abductions.” – Peter Robbins, BFA; Author, Investigative Writer, Ufologist ©2013
“Here, for the first time, abductees are describing their experiences, their feelings, and their personal evaluations of the phenomenon to an international public. Alien Jigsaw has made it possible for abductees to make their information available to researchers and abductees worldwide. I think sites like The Alien Jigsaw are one very important step into the future toward a better understanding of what is really taking place on planet Earth.” – Johannes Fiebag, Ph.D., Germany’s Leading Abduction Researcher ©1995
“Alien Jigsaw’s writings contain something quite extraordinary; a deep sense of integrity. Herein we find a writer whose compassion for fellow abductees; for innocent creatures both great and small; and even for some of the abductors themselves, is so intense that it bleeds through her prose. To challenge what she is attempting to convey in her writing would strike me as being disrespectful. It takes enormous courage to so openly bare one’s soul to the world.” – Richard Bonenfant, Ph.D., Research Geneticist and Author ©2012
“Alien Jigsaw, embodying as she does a powerful morality, a natural wisdom and a deeply human spirituality, provides an ideal example for her student captors. If the aliens can learn from any of us, what they can learn from Alien Jigsaw is of the highest importance…” – Budd Hopkins, Best Selling Author, Abduction Researcher and Artist ©1993
“It is my moral obligation to recognize the trials, at times terror, of the unknown that Alien Jigsaw has endured with so many others, though so few have gone the extra step to comfort and guide others through sharing via a Web site and books. Alien Jigsaw has opened herself to merciless ridicule, while offering to scholarly analysis a treasure chest of cosmic proportion to future scientists, historians, and many disciplines.” – Vince White, USMC retired ©2008
“Alien Jigsaw’s account…comes to us straight up. She has told her story…on her own. It does not come to us secondhand, through a Budd Hopkins or a David Jacobs, to name just two of the most prominent UFO abduction researchers in this country. Instead, the story comes to us pure and wholly unfiltered…Alien Jigsaw’s candid tale may have already opened the floodgates.” – Patrick Huyghe, Author, Science Writer and Publisher of Anomalist Books ©1994
“This psychologically sound young woman provides an insightful look into her childhood and how anomalous incidents shaped her growth… She gives us many reasons to reconsider what we believe. Her independent search for understanding has produced intelligent conclusions with strong parallels to some of the present theories in UFO abductions research.” – John S. Carpenter, MSW / LCSW, Former Director of Abduction Research for MUFON, Board Member of JAR: Journal of Abduction Encounter Research ©1993
“Alien Jigsaw courageously reaches out to individuals who are struggling with their own experiences, coupled with the devastating feeling of isolation, to let them know that the abduction phenomenon is a very real and physical event…I salute you!” – Yvonne Smith, C.Ht., Author and Director of Close Encounter Resource Organization (CERO) ©2009
“Alien Jigsaw’s experiences are there for anyone….And when and if those answers ever do come, we will owe a great deal of gratitude to people like Alien Jigsaw who possess the intrinsic honesty required to share with the world both their heartbreak and their ecstasy…” – Sean Casteel, Journalist and Freelance Writer ©1994
“Alien Jigsaw…is the most detailed information and long-term assessment from any ‘abductee’ I know…You have done a wonderful job of sharing your experiences and what you have learned from them. Perhaps more than anyone, you have been the ultimate truth seeker and a great resource for the rest of us.  – Donald Ware, Lieutenant Colonel USAF (Retired), Fighter Pilot and Teacher ©1993, ©2008
“Candid, bold…dedicated to helping us all comprehend what is happening on this planet.” – JAR, Journal of Abduction Encounter Research ©2008
“Having met Alien Jigsaw several times, I have been impressed by her intelligence, stability and sincerity. I believe she is reporting these events as she believes they happened. She has also been instrumental in helping other abductees in dealing with their experiences and has established local support groups to help others who have had similar traumatic encounters…”  – John Kirby, MUFON ©1995
“Alien Jigsaw may never be surpassed for her ability to communicate almost perfectly the exact emotional reaction of a human trapped in an alien setting…” – Robert Girard, Arcturus Books ©1993