UFODigest.com » Aliens and UFOs » An Anatomy of the UFO Phenomena 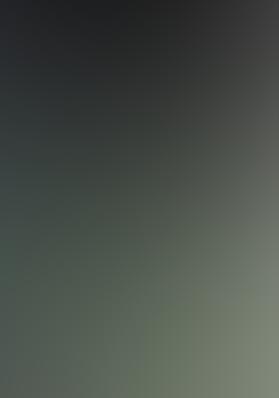 West Palm Beach, Florida –From Adam to Omega: An Anatomy of UFO Phenomena

(given Editor’s Choice by iUniverse), by A. R. Roberts provides a commonsense approach and logical evaluation of the most credible evidence available—evidence
compiled by reliable researchers and investigators—while determining what is fact and what is fiction.

Initially, Roberts didn’t go looking for UFOs, but they found him while he was serving as a volunteer in the Ground Observer Corp in Plattsburgh, New York in 1955. There were numerous sightings by many locals, as well as observers on duty at the GOC post. Roberts saw some things he could not logically explain, but then one particular night he spotted an object near the new air force base that was under construction. He, along with others, went to investigate and was in the middle of the woods when a bright white oval-shaped object emitting sparks silently passed over their heads. Roberts remained intrigued by the experience for thirty-three years. Starting in 1988, he began to study and accumulate UFO information for the next twenty years, mainly to satisfy his own curiosity. Eventually he realized he had a viable and cohesive theory and put that information into book form.  Some of the many questions that Roberts examine are:

• Were extraterrestrials involved with ancient civilizations?
• Are aliens abducting people and performing strange tests and examinations?
• Does the Bible reveal evidence of extraterrestrial visitation?
• Is there evidence of an alien agenda?
• Are the military, the government, and NASA hiding the truth?

Extraterrestrial life has been a philosophical issue that has not been high on the priority list for scientific study. In From Adam to Omega: An Anatomy of UFO Phenomena

, Roberts provides a comprehensive compendium of UFO phenomena, followed by his interpretations of how those phenomena relate to religious and historical texts. Roberts doesn’t claim to be a UFO fanatic, but rather he approaches the subject with a logical, curious, and analytical mind. Anyone interested in this topic will want this book for their library and will reference it often.

For more information or to purchase this book from Amazon.com simply click on its title: From Adam to Omega: An Anatomy of UFO Phenomena

About the Author
A.R. Roberts was a musician in the 1960’s and traveled the country with different groups, one of which appeared on the Ed Sullivan Show in December, 1964. He later worked in the hotel industry before opening a photography studio. He is now semi-retired and lives in Florida. He is available for interview.