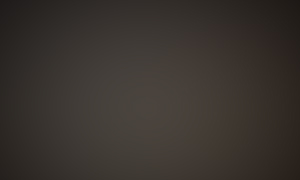 Andrew Carlssin, the alleged time-traveler and insider-trader, has surfaced in Toronto, Canada.

Stories and rumors have circulated on Internet websites and in chatrooms for years about how Andrew Carlssin turned $800 into a $350 Million fortune. This sudden wealth raised the suspicion of the Security and Exchange Commission, which requested the Federal Bureau of Investigation arrest him. The FBI initially detained him in January 2003.

“The only way he could pull it off is with illegal inside information”, said a confidential SEC source.

While in custody on Rikers Island Carlssin is alleged to have confessed, “It was just too tempting to resist. I had planned to make it look natural, you, know, lose a little here and there so it doesn’t look too perfect. But I just got caught in the moment.”

He also claimed that he had traveled back in time from over 200 years in the future where knowledge concerning the volatility of the stock market was well known. This is where the story takes another strange twist. While waiting arraignment in jail Andrew Carlssin just disappeared. What’s even more surprising is that the story disappeared as well. No newspaper or media reports followed up on the original story. Repeated phone calls and emails to both the SEC and the FBI failed to even acknowledge the arrest of Carlssin.

But now the mystery has been solved. In an exclusive interview Carlssin, speaking on the record, tells all. His only conditions were that his exact location not be revealed and that the name of his new company not be disclosed until it goes public, which he predicts will be in 2007.

Andrew Carlssin is alive and well and living in the Toronto area! “I don’t know what all the fuss was about”, said Carlssin. “The authorities and I came to a mutual understanding and I was released to leave the country.”

Carlssin was a 44-year-old when the incident was reported three years ago, but he doubts that he has aged a day. When asked what he had been doing during the missing years, he chuckled and simply said, “No comment!”

The original story that appeared in the Weekly World News stated that Carlssin was from the future. Commenting on the story he said, “Timing is everything and everything happens in time. I am here now so this is my time.”

Carlssin states that he works in the oil industry and is developing equipment to extract oil from the Alberta tar sands. Carlssin claims that Alberta sits atop the biggest petroleum deposit outside the Middle East, and that 300 billion barrels a day can be recovered. Until now there has been a catch. Alberta’s oil isn’t the stuff that geysers up from the ground. It is mixed with tar and sand and is almost impossible to extract economically.