UFODigest.com » Paranormal » Magick » Angela Sanford: The Wiccan Murder Case – Or Was It?

Angela Sanford claimed she was going to perform a Wiccan celebration of spring is accused of using a ritualistic dagger to murder a man she invited to the ceremony. Joel Leyva, the victim, was found with 13 stab wounds. The suspect, Angela Sanford, was found by police at the murder scene in her underwear.

The bastions of restrictive fundamentalist Christianity and their Satan-hunting minions have been praying for a case like this for the past 22 years; since they began their intolerant crusade to tarnish and repress all aspects of Neo-Paganism.

The murder appeared at first glance to be a cut and dried issue. 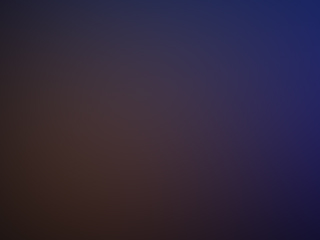 Angela Sanford, 30, a self-declared Wiccan who says she follows the Pagan religion of Wicca met her victim, 52 year old Joel Leyva, in a Casino and a week later she invited him to attend the Wiccan Spring Rite of Beltaine. They embarked upon a remote hiking trail in the Sandia foothills. There, on the Vernal Equinox, she lured him into sex and whilst straddling Leyva stabbed him 13 times with her Wiccan Ceremonial Dagger, allegedly as a sacrifice to the gods.

A terrible and despicable tale and one that instantly chimed with the claims of Satanic Ritual Abuse; but it wasn’t quite as sound as the fundamentalists would have us believe.

Wiccans DO NOT sacrifice any animal or living thing. It is completely against their creed. Please observe the PAGAN CREDO alongside that of which Wiccans actually believe and do.

Pagans’ ethical attitude is often summed up in one sentence: “AN IT HARM NONE, DO WHAT YOU WILL.” this means achieving full self-development while accepting equally full responsibility towards one’s fellow- humans, one’s fellow-creatures and the Earth itself. Love for all of these is the foundation-stone of Paganism.

If Angela Sanford did kill Leyva then it most certainly was NOT because of any expressed personal Pagan beliefs.

It’s doubtful if Sanford was even a beginner-witch

Angela Sanford’s grasp of the fundamentals of Wicca is so pitiable as to throw serious suspicion on her claim to be even a beginner Wiccan.

She is quoted as telling the police that she was celebrating the festival of Beltaine with Leyva.

Beltaine is an ancient Pagan festival held on MAY DAY but in fact the murder took place on the SPRING EQUINOX, which is one of the four cross-quarter festivals of Wicca occurring two months earlier.

This is a VERY basic mistake that no genuine Wiccan would possibly make. It’s a bit like a Catholic turning up for the Midnight Mass of Christmas in November. How ridiculous is this – do the media, police and legal system have no concept of the greater reality herein? Are facts of no consequence?

I shall not labour the point over the whole ludicrous situation here. I do however urge serious researchers to study the amazing facts of this case, which are freely presented by the SAFF for all to see.

As an end note we must recall that when Christian Fanatic Anders Breivik sacrificed nearly 100 people at Uttoya Island in Norway, Pagans did not scream ‘Christian Ritual Sacrifice’ yet here was ample and specific evidence of a man ‘KILLING FOR JESUS’. Also see: https://www.ufodigest.com/article/anders-behring-breivik-christian-crusader-mission-god

One thing is for certain – ‘intolerance kills’ and we all need to be aware of the greater dangers of religious extremism.

Pat Regan © 2011
Founder of NORTH WEST UFO RESEARCH and Author of UFO: THE SEARCH FOR TRUTH

“This book is no dry analysis of a quaint mystery. It’s a muscular thesis that isn’t afraid to take on the difficult issues and ask the questions that more traditional UFO researchers have avoided. Buckle up, readers, and get ready for one hell of a ride.” – (World renowned Ufologist, Nick Pope)