UFODigest.com » Aliens and UFOs » Announcing The Release Of The Extraterrestrial Times (T.ET.T) The Collections and Art Of Francis Ekis 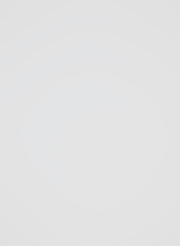 “For everything that was exposed by the extraterrestrials in the seven landings, that are drawn on the deserts in Nazca- Peru, we would not be neither the only ones, nor the first ones in the universe. The mission of the UFOs would be….” T.ET.T

We are pleased to announce the launch of the book The Extraterrestrial Times (T.ET.T), The Collections & Art of Francis Ekis, ‘The Messages From Our Brothers of the Stars’,presenting extraterrestrial truths concerning the UFO phenomenon – encounters, controversial and rare theories and hypotheses, regarding some of the greatest mysteries of man’s past, present and future as a race in this vast universe.

T.ET.T features some of the original artwork of Dr. Francis Ekis, revealing the basic technical plans for his anti-gravitational device utilised to build his spacecraft. Ekis also discusses how simple it is to develop free energy, liberating us from our dependence on limited, damaging and expensive energy resources. He also examines how and why we, as a race have failed to explore and publically recognise certain advanced technologies, and thus implement clean energy for all.

In T.ET.T Dr. Ekis also presents rarely-heard theories about how our planet was built, highlighting that throughout history our planetary brothers have been promoting to us the principles of real evolution, and the desperate need for us to progress and change as a species in the universes.

T.ET.T is a work that combines different branches of knowledge, including archaeology, history, ufology, science and science fiction – as well as a touch of art.

This book, which some may refer to as controversial, is a work in progress, as it continues to mature and develop – but regardless, it is recommended as an important lecture for our contemporary times.

T.ET.T has not a rich literary formalism, but endeavours to solve and speculate through newly presented theories and hypotheses, some of the mysteries of man’s past and future as a race in this vast universe.

We dearly hope to spike the interest of young and old alike and those less familiar with the extraterrestrial phenomenon.

However, we leave it to the individual to draw from this work their own conclusions and inspiration.