UFODigest.com » Aliens and UFOs » ARE OUR OFFICIAL SECRETS SET TO BE DESTROYED? 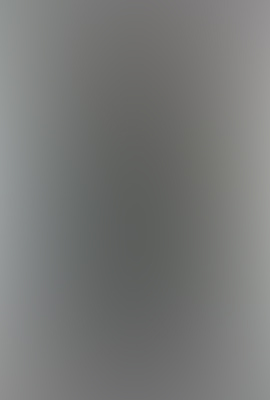 Mahatma Gandhi, the man who ultimately led India to gain independence from the United Kingdom, made a wise and knowing statement: “A small body of determined spirits fired by an unquenchable faith in their mission can alter the course of history.”
Gandhi’s words were intended to be interpreted in a wholly positive fashion. That is to say, when people put their minds to tasks in hand, and their belief is solid, strong and unswerving, they can achieve just about anything and everything they desire.
There is, however, another body of determined spirits that have an unquenchable faith in their mission and who can, and most assuredly have, altered the course of history. They have done so in two most unfortunate ways: by hiding history and, sometimes, even erasing it from the face of the Earth. And who might they be?
They are nothing less than a small but very influential body of characters secreted within the highest echelons of worldwide governments. Following secret agendas, they have buried, burned, shredded and hidden from the general public an incalculable number of Top Secret files that, if released and made available for one and all to see, would undoubtedly rewrite significant portions of 20th and 21st Century history.
It should be noted that government files and records get destroyed or denied release for all manner of reasons, not all of them, or even most of them, remotely sinister in the slightest. And on this matter, it’s vital to dispel some widely held views, opinions, assumptions and prejudices.
All too often conspiracy theorists point fingers at government agencies and, by default, practically accuse all of their collective employees of being implicated in countless cases of controversial chicanery and cover-up. The reality of the situation is that the overwhelming majority of all employees of officialdom are not engaged in any form of deceit, deception and conspiracy. Indeed, the exact opposite is the case.
Most of those who work in the arena of government, and for whom high-level secrets are part and parcel of their everyday work, should not be demonized. They are loyal, patriotic individuals doing their very utmost to defend their respective nations and people from enemies and aggressors. It is, however, and most unfortunately, the actions of the very few that create situations that reflect upon, and sorely and unfortunately taint, the many.
On the matter of those aforementioned buried, burned, shredded and hidden files, they cover a wide and varied range of highly controversial issues. Take, for example, the infamous UFO crash at Roswell, New Mexico in 1947. Numerous files that should exist cannot be found. Anywhere.
Not even the United States Congress, the Air Force, or the Government Accountability Office (the investigative arm of Congress) has been able to locate the records pertaining to the alleged alien event.
An almost identical situation applies to what might be termed a British Roswell. It’s an out of this world incident that occurred in December 1980, and that shook the British Government to its foundations. Like Roswell, it’s also a saga dominated by missing records and vanished files.
Moving away from UFOs, there are major questions to be answered, many of them relative to the world of Hollywood and famous faces: why does the CIA deny holding any files on the world’s most famous blond, Marilyn Monroe, when documented evidence from other agencies demonstrates the agency does have records on the legendary star?
As for Diana, Princess of Wales – arguably one of the most famous faces of all time – who is it that sits tight on the hours upon hours of illegal recordings of her private phone calls with close confidantes and secret lovers?
What about classified government projects of a highly controversial nature? We’re talking, now, about mind-control, the use of human test-subjects in radiation-based experiments, and even officialdom’s deep digging into the dark and disturbing arena of black magic, Satanism, and the occult. We know the projects existed, but where are the records? Who is hiding them? Who destroyed them? Why is their very existence denied?
NobEyeThe Watergate affair which brought down President Nixon, the November 1963 assassination of President John F. Kennedy, and the secret stash of files of legendary FBI boss, J. Edgar Hoover, are all dominated by vanished and destroyed evidence too.
The world of official secrets is not just focused upon preserving those same secrets. Rather, it’s focused upon destroying them, too.

For more information or to purchase this book from AMAZON.COM simply click on its title: For Nobody’s Eyes Only: Missing Government Files and Hidden Archives That Document the Truth Behind the Most Enduring Conspiracy Theories