UFODigest.com » Aliens and UFOs » Alien Abduction » ARE THE POWER OF PRAYER AND SUPERNATURAL ALIEN ABDUCTIONS SIGNS FROM GOD? 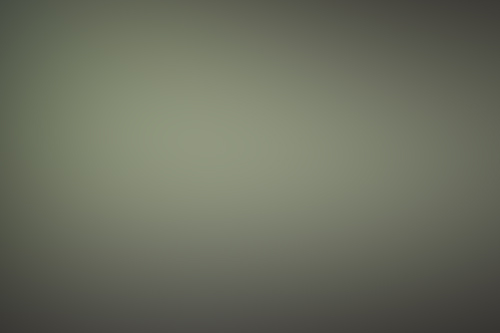 A tapping, delicately, on my back.

I am sitting up on a table, feeling gentle taps on my back, watching a series of images, myriad tables receding into infinity, like two mirrors facing each other.

Farmers milking cows; on each table, a person sits up and is examined by a small, slim, white, intent, fragile, large eyed creature.

Their fingers probe lightly, gently, purposely, like playing a piano.

They are milking Chakras or Kundalini nerve centers, seven along each person’s spine.

Their touches stimulate hidden DNA sequences as well as retrieve and store data and information along the length of the spinal chord, along a library of nerves.

These manipulations of spinal nerves initiate secret, as yet unbidden DNA sequences, which dangerously age and disease and trouble the somatic body and mind of an abductee.

(After an incident my finger and toe nails had to be trimmed twice every day; early sequences causes acceleration of aging and growth of certain cells.)

There are horrible psychic and emotional results from activation of these spinal sequences too quickly, as well.

Inter dimensional leaking occurs and one senses other unworldly creatures and flirts with the beast of madness, itself.

Are we being programmed?

What is subtly being programmed, stored and retrieved In our spinal chords?

We are Manchurian candidates of stellar proportions.

Inter dimensional bleeding through into our dimension? Pranks predominate. Objects disappear to return days later in strange places, and there’s always a powerful sense of being watched by large eyes.

On a Tuesday afternoon in late June, I entered the back of the house, passed by enormous four foot wide, four foot tall flower pots, each weighing as much as a man, containing ten foot tall Canna plants, looking tropical in nature and in full bloom.

I opened the back door and entered the vestibule into the kitchen; I could not take another step.

Glancing backwards, over my shoulder, I saw that both enormous pots had been turned over.

The wide elephant, ear-like leaves and tall orange-red flower tops now bloomed sideways, sprawled to the ground, in a fraction of a second.

I became suddenly aware of a very untoward realization.

I would likely need entity removal and aura cleaning and protection, as in addition to this poltergeist nonsense, I was besieged with elements of telepathic attack: nightly evil nightmares, a sense of pervading anxiety and a confluence of accidents and surgeries.

And all these experiences AFTER my sightings of UFOs and recalling some abductions.

Presence of mind is our greatest weapon, the ridicule factor, is their best defense.

Who, in one’s ‘right mind’ can one even discuss these things with?

Paper, is indeed, much more patient, than people.

Why did things get worse?

In deep despair and confusion, (the plants overturned, overwhelmed me with poltergeist shock that was so sudden and so profound), I stopped and prayed aloud for a spiritual sign.

“God, if there is a spirit world and it is real, and I can ask for protection, send me a sign: God, send me a white bird, up close and personal, in my face, on my window, as a sign.”

I put my whole heart and soul and angst into this prayer and minutes later, busy else where, I forgot it, as it promptly receded into the recesses of my mind.

The next day, on route to work, following the same path I always drive, I made a right turn, and high over the street of cars, I saw a cloud of some one hundred gulls, hovering, wheeling, circling overhead, as if attracted by garbage or a dumpster, although none was in evidence.

As I glanced up at the raucous flock, one white gull swerved to within an inch of my windshield, glossed passed and made eye contact with me.

Preoccupied with driving and having totally forgotten my fervent spiritual request from the night before, I drove on, momentarily startled, but dully unaware of it’s significance.

After a strenuous day at work I returned home, lit a prayer candle and began to voice again my special request for a sign when I remembered the morning gull.

I HAD asked for a white bird on my window, up close and personal.

Had I been given that sign the very next morning?

I decided to be skeptical but not cynical.

What would be a critical test?

I decided that If I saw any gulls in the area anywhere while in transit on the way to work for the next two weeks, I would know that it was a coincidence or a quirk of fate, not a sign that I asked for.

Repeatedly, in my minds-eye, I was haunted with an odd afterimage, a close up of the birds black beadlike eye.

Why was the black eye of that bird, which whizzed passed so fast, so fixed in my mind?

For two weeks, each day, I scanned the horizon and landscape for a sign of gulls hovering, as I believed a flock so large would certainly reappear somewhere.

I never saw one bird.

I decided that I had been given a wonderful sign and it has given me the courage and the confidence to feel protected in this fight against the unseen harassing entities.