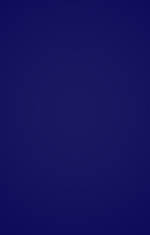 Indeed, only a cover-up by the Journal and all the usual Government suspects has prevented the story being told … until now. Asylum – The Definitive UFO and Alien Abduction Experience is written by Anthony R. Mallin and claims to be based on the story of a real person, Clive Powers, who as a boy in 1960 was groomed by the aliens when they touched down in Syston five years earlier.

When the Grantham landing happened in Green Lane, Powers suffered the torment of abduction while ‘drawn’ out to the site with his mate.

He was sent to Rauceby and thence to an asylum in Croydon where his memory was agonisingly unravelled by a mysterious psychiatrist.

It can be difficult to follow what’s going on and it’s difficult to check as the author claims names have been changed, oddly, to avoid “possible contraventions” of the Official Secrets Act. Perhaps there might have been greater concerns about making enemies from further afield.

But there are plenty of place names and so on to tickle the fancy of the Grantham reader, even if you were lucky enough not to get whisked away on that evening 40 years ago.

Powers, who seemed to live in both Hamilton Road and Melbourne Road, went to Belton Lane Primary School and St Wulfram’s (where some pretty amazing things happened). He worked at Parnell’s TV shop and there is, inevitably, a big Ministry of Defence cover-up surrounding RAF Spitalgate and possibly the goings-on at Barkston Heath.

But the real villains of the piece are at the Journal. When our intrepid hero is attempting to research what really happened he is met by sinister questions.

“They wanted to know who we were and where we were from and how to make contact with us. Without thinking twice we agreed to supplying our contact details to them.

“Looking back that was stupid. Even now we don’t actually know who these people were and we immediately realised my quest for the truth was no longer a private matter.”

Hmmm. Actually that quote has been adjusted, because the author has difficulty knowing when to use full stops and when to start new sentences which adds to the rambling nature of the narrative and the suspicion that he might just be completely barking.

But the camera never lies, surely? If you find yourself having a sceptical moment, or if you’re struggling to work out just what’s going on, you can flick to the end of the book to see the pictures of the aliens.

Let me nail my colours to the mast. I say it didn’t happen … but then in my position I would, wouldn’t I?