UFODigest.com » Aliens and UFOs » Alien Abduction » Book Review of UFOS Over The Americas 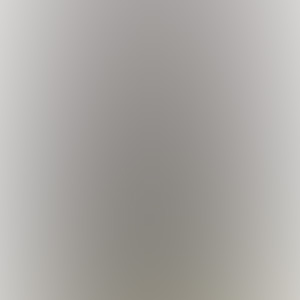 UFOs Over the Americas was published in 1968 by  Signet books and it has some of the best information in its day then any other book of the time. Authored by Jim and Coral Lorenzen, the founders of APRO in Arizona. I worked as an investigator for them in the mid 1960s. This was one of the most intense and meticulous UFO investigations  of its day.  Composed of some of the best researchers and prominent investigators in their specialized fields. This is a classic book that delves into the history of UFOs not only in the USA but in the world.  Some of the Stats in the book come directly from Project Blue book itself. Case in Point:

The following tabulation is taken from page 7 of the 1967 blue book report released by the Air Force. In 1847 there were 122 reported sightings of which 12 were listed as unidentified. In 1950 210 reports were documented and 27 were listed as Unidentified. But the mega burst of UNIDENTIED sightings was in 1952. Of the 1,501  reports were listed, after investigation,  303 were UNKNOWN !!!!! Now that is a lot of UFOS flying over the world that NO ONE can identify as known objects. In 1954 there were 487 sightings with 46 remaining a mystery but in 1966 there were 1060 reports and only 30 remained unidentified.  What stands out here is the statistics here for the 1952 wave were complied by who?  The US Air Force project Blue Book!!!!  The totals of 1947-1966 were this. Total reported to APRO was this: 1947-1966 was 11,108 total unknowns were 676!!! Now that might not sound like a lot but consider this:  What if only one had the capacity to drop three atom bombs. Two over USA and just one over Russia. What would that do?

There is considerable evidence that the tiny occupants were most common not in just one country but in the whole world and not known  by others that lived hundreds if not thousand miles away! I quote the book on page 59.

Although the Citizens of South America were almost literally over run with landed UFOS and their tiny occupants in the fall of 1967, some unusual happenings had taken place early in the year as well.

A report which is faintly reminiscent of the Betty and Barney Hill affair(see Flying Saucer Occupants) came from Chile in February of 1967. A well known and respected engineer- a resident of Osorno which is South of Santiago reported seeing a disc shaped device land not far from him on the 24thof February. Seconds after the object touched down, a strange being emerged. He was wearing a sort of transparent outfit was about 54 inches tall and had a very white face and hands. He had a pronounced jaw bone and no apparent nose. When the creature spied his observer he got back into the machine, which took off at a great speed and disappeared into the air.

The book by these prominent and famous investigators who made their mark on UFOLOGY for all time continued their narrative in this manner. The light skin and pronounced jaw bone are two of the characteristics of the strange woman in the Villas Boas case(see Flying Saucer Occupants) and the lack of a nose was one of the characteristics of the entitles described by Betty and Barney Hill.

Remember I worked for these people. They were dedicated and a down to earth couple that had some of the best minds in UFOlogy at their disposal. I could call them or even snail mail them almost once a week. They were receptive and helpful in my investigations and in almost everything I did. I even remember telephoning them on rare occasions. Jim and Coral Lorenzen   had the best minds and people  helping them in this professional endeavor. They did several books on this subjects and to the best of my knowledge they did their best to follow all cases up. Their books, like this one, needs to be read.  To understand the UFO enigma of today you need to read the books of Donald Keyhoe and Jim and Coral Lorenzen. They were the pioneers and the ones that marked the UFO trail that others would follow.

If you are a seasoned UFO investigator, a beginner or some one who wants to research the subject you must understand what these pioneers did to make your job easier. Go into any book store and ask Barnes and Noble to   search for books  by  The Lorenzens,  J Allen Hynek, Ray Fowler, John Fuller, John Keel and Brad Steiger…..this will open the door of your mind to where UFO research was and the road to where it is going today. Enjoy the journey but Savor the past for as we know, The journey to the Universe starts with a dream…and continues with a mind trip into the first small steps  into the human mind…it is there, if you look. This is one of many books you can not afford to miss.

If you would like more information or to purchase this book from amazon.com simply click on the book’s title: UFO’s over the Americas

Most recent posts by Arthur Champoux

All posts by Arthur Champoux