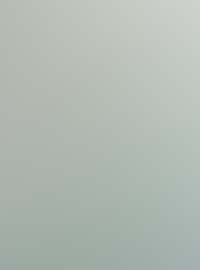 John Keel is the very definition of an UFO investigator. He didn’t wait for sightings to come to him. He traveled the world in search of them. He journeyed to Egypt, the Himalayas and to India? He investigated the southeast? But his home was in New York. He loved the city but when not there he went to the far reaches of the globe in search of mystery and the unexplained.

He had encounters with the enigmatic MiBs. He investigated cases throughout 50s, 60, 70s, and even into the 80s. He followed no one and because of that some people in UFOlogy did not like his style – he never apologized for what he did.

When the original sightings of Mothman were reported, he did not sit at home and read about it. He went to Point Pleasant. Buy his book

. It will take you into his world of the weird, strange and some times emotionally draining.

When the Mothman appeared he was there! He experienced the Mibs; He experienced the people and events as they unfolded before his eyes. He watched the bridge collapsed and even tried to stop the event. The movie did not do the book justice.

Did the mothman suddenly appear in Port Pleasant? In my humble opinion he was there always. I think that he had a home and we, as humans, were as much a threat to him as the Mothman was terrifying to us. Think about it. What if he was a resident of the abandoned ammo dump? What if exposure to the chemicals changed this living creature? Now I do not know that, but as I read the book, saw the movie and talked and wrote to John the more I started to think differently.

Now, think out of the box. The Mothman lived a solitary life and probably resided in a cave or similar hidden place of safety. Port Pleasant was a small rural community and interaction between the locals and the creature were virtually non-existent. Then the town started to expand and his once safe territory was being encroached by new development and the influx of thousands of new outsiders. Suddenly, your peaceful existence was threatened, your territory overrun by civilization. Strange sounds like: music, heavy construction and the everyday sounds of children and people invaded your thoughts and for the first time you experienced genuine fear.

Writing to John was a pleasure for me. He wrote of how he went to the sightings, questioned the witnesses and experienced their emotions firsthand. Their passion and their fear gnawed at him, until he also felt caught up in the madness engulfing Port Pleasant.

When we understand that there are other living things that we share the earth with, then we should try to live in harmony with them. This is contrary to our emotions. I think that fear breeds fear. Fear of the unknown is inherent to every living thing. I think John believed the Mothman was an enigma that roamed this quaint little town and attempted to live in harmony with its residents.

Now I cannot prove any of this. But something started these sightings? What were they?

John went to investigate and discover what was going on. He received mysterious phone calls. He had afraid, but, equipped with an inquisitive mind wanted to solve this mystery. But he did not. He came back with more questions than he started with. Perhaps the mysterious Mothman felt isolated and threatened and simply fought back. Remember he was outnumbered and felt threatened! Did he destroy the bridge as a way of fighting back? Now I know this is just speculation.

Emotion. Know what that means? To emote means to “move” or do something. Yell, scream or get up and act!! So what about the MiBs? Well they have been around for centuries. They showed up in Celtic lore. They showed up in German folklore; always dressed in black, the color of night. Remember when you were a child, the dark was scary and filled our minds with terror. Fear is the mind killer! There is an old adage in psychology: What the mind conceives the mind believes.

Some believe that the mothman is still there. Some say it is gone. In truth nobody knows. There have been no more publicized sightings of the Mothman but the original mystery continues. Maybe the Mothman simply found another cave, another sanctuary. But if we believe it is there…then it is. If we do not then it isn’t. Unless you actually encounter the Mothman or see a ghost, UFO or MiB then you won’t believe.

The message to learn from Port Pleasant is that the town was warned of upcoming disasters and chose not to do anything about them. John and others believed in the prophecies, but still no one acted.

Today, John Keel is now older and his health is failing.

If you or I had the chance to help people would we? Or would we fear being considered alarmists or worst crazy persons. There is always risk in helping, as there is risk in living. Investigators like John are a dying breed.

I would. To risk nothing, try nothing or to give nothing is not living. John did not sit around. He risked, he helped people like me and questioned everything.

Explore yourself, your world and leave your mind open to the strange world around you. John Keel did, and he discovered a world filled with mystery and wonderment.

Most recent posts by Arthur Champoux

All posts by Arthur Champoux