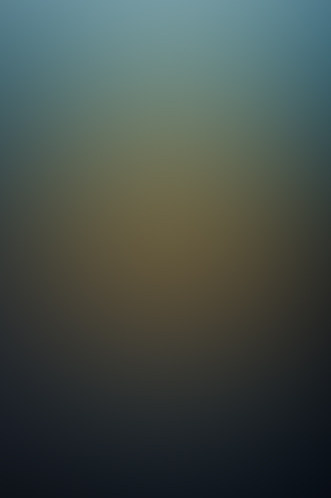 Doing UFOs once seemed a breeze. A Mrs L R Wentworth in Suffolk would be tending to her roses. She would look and see a floating disk -`like a big upside down cake`. This might then zoom away at `supersonic` speed in a `north-easterly direction`. Writing up the account, a gentleman in sensible rain wear and a background in drainage inspection called Nigel, would speculate: `The only explanation I can find for this is that it was an emissary from another star system`.

In our noisier era, ET is already with us – whether we believe in it or not. Clinton pontificates about them in an interview, the Pope tells us that he would be happy to baptise one and the Japanese First Lady, Miyuki Hatoyama, has taken a ride in one of their triangular ships. ET go home!

How can any timeserving author make a splash in such muddy turf as this? One approach is to find some new permutation – UFOs and Your Rose Garden, for example. Another is to knock together an encyclopaedia.

Bret Lueder’s A UFO Hunter’s Guide (2012) aims at the latter with the slant that it is for those interested in investigative fieldwork. The author hails from Chico in the Sacramento Valley and also takes an interest in reggae; the publisher is the long established London home for `Spiritual Wisdom` titles, Watkins Publishing.

Should you want something solid enough to chuck at the sarcastic guy at work then this is not the book for you: Lueder cleaves to the wacky end of the wavelength. He is more Billy Meier than Daylight Discs, and hence quite the opposite of David Clarke (who is not name-checked in the book.)

His `miasma of `facts“ (p-ix) take in `milabs` (military abductions), channelling and speculation that Venus may be inhabited after all.

He has a lame habit of introducing such claims with` Some say…` or `It is believed that…`. Worse, he lists films and TV shows as if they constituted a store of evidence. So, following a discussion of reptilian humanoids we are told: `For more information see the original `V` series (1984-1985) and a new series of the same name begun in 2009 (www.expansion.com)` (p-124).

Likewise, in the context of anomalous aerial phenomena appearing around areas of volcanic activity, the Californian advises us that: `Some amazing footage can be seen on YouTube, which is arguably the best source for this kind of information.` (p-79) Well, yes, and so are the walls of your local pub lavatory -`arguably` -the best source for community events news.

Some of Lueders contentions leave the reader even more incredulous. How about this: `There is scientific evidence to support a hollow earth` (p-127) -!

All that said, this is an efficient insider’s guide to today’s UFO scene, and such overheated speculation is an unavoidable part of that territory. A journalist graduate with more articles to his name than most of us have had hot dinners, Lueder makes for a companionable tour guide. What is more, he does us the favour of not being tongue-in-cheek about any of it.

His menagerie is all inclusive. We start with a balanced run through of the theories as to what UFOs might be, from indigenous atmospheric beings to Merkabas and black technology, and –yes- he does leave a bit of room for doubters like Philip Klass and Carl Sagan too.

Following this is a Who’s Who in UFO investigation lore, from Kenneth Arnold onto John Mack and Timothy Green Beckley. Interspersed throughout this there are some gems of wise counsel for those who wish to add their own names to this procession: know your rights, respect differing cultural interpretations of events, find out where the weather information is to be found and get a good star map, and recognise that perimeter guards are just doing their job, and so on.

There exists a mealy mouthed custom of describing such publications as `entertaining`. By this the reviewer implies that he or she is just on the lookout for diversion and not interested in the subject matter per se, as a kind of disclaimer. I will own up to the fact that I want to learn something new about UFOs, and this guidebook, which is indeed entertaining, gave me one or two morsels to chew on. However, if you believe that UFOs are just global imaginary playmates to compensate for our cosmic loneliness then this book will do nothing to convince you otherwise.

For those ready to enter the affray, though, these pages will show you what a slippery path you have ahead of you.

If you would like more information or to purchase this book simply click on its title: A UFO Hunter’s Guide: Sightings, Abductions, Hot Spots, Conspiracies, Coverups, the Identified and Unidentified, and More