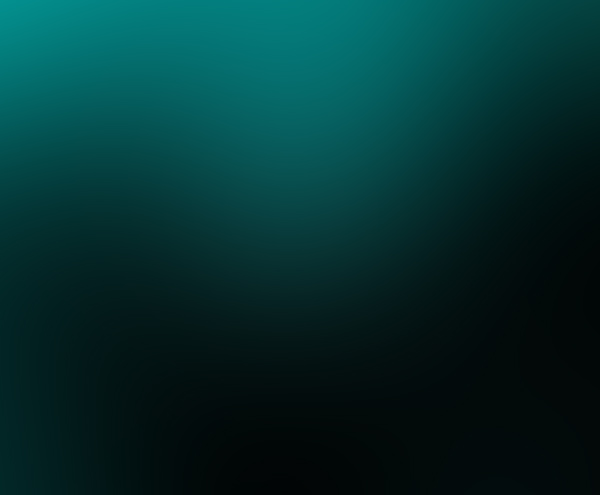 It was a surprise to see John Major, the then Prime Minister of Great Britain, in a shopping mall in Leicester. It was even more of an eyebrow raiser to see that he was there to sign copies of his memoirs which were on sale. This could only mean that he had left office!

This dream was strange enough for me to put it down in a dream diary that I kept at the time. About a week later – this was June 1995 –the dramatic news hit the headlines: John Major had stood down as leader of the country. This move took everyone unawares, not least his own colleagues. I, who had no interest, still less stake in, the machinations of those at the top of the Conservative Party seemed to have been granted foreknowledge of this.

I make no claims as to the supernatural nature of this dream, and I suspect that the reader will have a story much like it to tell. The dream may have been about issues that I myself was facing at the time, or about nothing much at all, and the connection with later news coincidental. Dreams play enigmatic games with us all.

Chewing over our dreams over the water cooler is an institution which bores some, and fascinates others. We all dream, even those who claim not to. Even the dog that barks at me on the way to work dreams; perhaps even educated fleas dream! No sooner have we slid into the sumptuous bodily melt down of sleep than our mind is kidnapped by a phantasmagorical virtual reality. It always feels like something that is happening to us, but in fact we have been doing it to ourselves all along.

The word `dream` – from the middle English `dreme` meaning `joy` and `music`- carries with it suggestions of escapism. Nevertheless, we all know that our dreams hurl us straight back into the daily problems that we wanted to leave behind. I am a teacher by trade and a great many of my dreams feature me being late for classes, or being otherwise unprepared for them. What about you?

In 1953 an American Psychologist called Eugene Aserinsky astonished the scientific world. He used a brainwave recording machine to prove that, instead of just shutting down during sleep, the brain enters a new phase of great activity. This is accompanied by the eyes jerking about (Rapid Eye Movement). Apart from this, dreams have remained difficult to observe: we cannot speak to a person whilst dreaming and hence can only deal with it as a recalled event.

The Victorians, living as they were in an age of mechanical science, consigned dreams to the role of a nightly dementia brought about by anxieties and indigestion. It took one Sigmund Freud to re-awaken the world to the importance of dreams. He proposed that there was a physical part of the brain which he called `the subconscious` which housed our dreams. Many of his ideas are now out of favour. However, Carl Jung took the `subconscious` concept and ran with it. Where would current New Age thinking be without his oceanic `Collective Unconscious`? The idea is so prevalent that it is easy to forget that many of his contemporaries and some psychologists now, insist that out dreams are as unique and distinctive to each dreamer as a snowflake.

Modern psychologists have no difficulty in ascribing many paranormal phenomena – ghosts, astral travel, memories of past lives –to being dreams of some kind.

The idea is not without merit. I have a friend who can recall as a child having levitated off the ground in a town centre in full view of other people. He knows that this cannot have happened. He therefore assumes it must be a memory of a vivid dream which has somehow got jumbled up with his ordinary memories.

I myself once woke up in a bedsit late at night to see a glowing man sitting in the chair opposite my bed. It disappeared almost on sight. I have always chalked this down to it having been a hypnagogic dream, which is to say the special kind of dream you can get between being awake and asleep. However, some dream experiences are more eerie, and harder to account for, than these.

The Reverend John Wilkins recorded an event that took place in Devon, in the UK, in the 1800’s.He dreamt one night that he was travelling to London. As his parents` house was only a few hundred miles en route he decided to pay them a visit. He entered their bedchamber, and there he saw his mother who was awake. He informed her that he was going on a long trip. His mother, horror-struck replied: `Oh, son! You are dead!’

Later he received a letter from his parents who were checking to see if he was dying, or indeed had already died. It transpired that his mother had also seen him, as a `ghost`, that same night and had had the same exchange. (Ackroyd, p’s -246-248)

The ancients and dreams.

When not consulting the entrails of chickens or the movements of planetary bodies, older cultures believed that dreams could be the source of prophecies.

Thousands of years ago the Greeks erected special temples for people to sleep in where they might gain insight, or healing. The Fortean Times (August 2012) carried an article by Paul Devereux about the Greek Asklepieia temples, one at Epidaurus on mainland Greece and the other on the Greek Island of Kos. Both places had been visited by the British novelist Lawrence Durrell. He noted that people living in the vicinity of these dream temples complained of being plagued by unwanted dreams. It seems that not only ghosts, but dreams, can have homes! (See my article: Homes fit for Phantoms.)

In Tolstoy’s novel Anna Karenina (1877), the mother of all realist novels, a prophetic dream forms a crucial motif in what unfolds.  Indeed, Russians too have long taken dreams seriously as having some portent. Visit any bookshop in Russia and in the `esoterica` section you will see many an example of a `sonik` for sale. The `sonik` is a dream interpretation guide that assumes dreams foretell our destinies. They are still very popular. (`Sonik` derives from the word `son`, meaning both `dream` and `sleep`.) One of the translated authors of a `sonic` is Gustavus Hindman Miller (1857-1929).

His Dictionary of Dreams: an Alphabetical Journey Through the Images of Sleep (1909) is a sort of historical curio. Like Freud he advocates the view that dreams have their own symbolic language that needs to be deciphered; unlike Freud there is no sexual content to his definitions. Perhaps he offered a folksier and more palatable version of what Freud was engaged in: a sort of Miller-light, if you like. What strikes the contemporary reader is the tone of pessimism which pervades everything. A great many portents indicate tragedy of some sort. Have you lately dreamt of a pen?  This betokens `you are being lead into serious complications by your love of adventure. If your pen refuses to write, you will be charged with a serious breach of morality` (Miller, p-26). (I think I would have preferred what Dr Freud would say!) Then woe-betide that you should dream of women! This `foreshadows intrigue. To argue with one foretells that you will be outwitted and foiled`. (Miller, p-296) Miller does not divulge the source of his knowledge. He himself was but a prosperous merchant from Tennessee.

Such folk wisdom aside, there are better documented reports where dreams seem to suggest future sight.

The Sydney Morning Herald (2nd November 1946) retold a tale about the Melbourne Cup – an Australian horse-racing fixture –in 1870. Mr W. Craig, an owner of a horse called Nimblefoot , dreamt that his horse was the victor in the next race. This view was not exactly the word on the street, but Craig was so convinced by his dream that he bet a thousand pounds on it coming true. There was one other detail in his dream: every jockey in the race was wearing a black armband.

Come the race, Nimbelfoot did indeed win. However, the owner, Mr Craig had died the day before. Sure enough the jockeys wore black armbands in that race. (There is a heart-warming sequel to this story: the winner of the bet gave half of his winnings to Craig’s widow.)

Such testimonies would not win over Professor Richard Wiseman. He is Britain’s most prominent sceptic. In Paranormality why We See what Isn’t There (2011) he boils down the mainstream psychologists rejoinder to claims of precognitive dreams: (i) We all have many dreams every night ,(ii) Most of these we forget, (iii)The ones we do remember are the ones that seem to correspond to our waking lives, (iv) Dreams tend to be doom-laden, (v) sooner or later someone, somewhere, by the Law of Averages, is bound to have a dream which appears to tally with what happens later, and (vi), this is especially so if you grant that dreams are symbolic and hence, as with tea leave readings, give a lot of latitude to individual interpretation. (Wiseman p-279 – 283)

Thus the all-hallowed law whereby the Effect can only follow the Cause, as cherished by almost all physicists, is saved!

In the other corner is the veteran researcher into the unexplained Jenny Randles. She often takes a hard-boiled sceptical line on things. When it comes to precognitive dreaming though, she is a believer. She even claims to have experienced this herself on more than one occasion.

She writes of one case where a precognitive dreamer could have prevented an accident. In the summer of 1993 Chris Robinson had a series of dreams which he believed foretold an accident due to take place in the sky above the West Country in the UK. He tried to alert the police but none of them knew quite what to do. On July 24th he saw that an Air Show was being held in Fairford in Gloucestershire. He made his way to this venue but could not get in before two Russian air fighters collided in the air. Mercifully, the two pilots had bailed out with parachutes, something that Robinson had also foreseen (Randles, p-124).

Some anthropologists say that `primitive` people could not distinguish between events in their dreams and those in the waking world. Then again, perhaps they just chose not to? It is an approach to life that maybe we should return to. Instead of boxing off our dreams, perhaps we should experience them as being an inseparable, and important, part of our normal lives. The Australian aboriginal myth of the `dreaming` takes this approach. It has tantalised generations of writers and thinkers. We are all a part of a big dream, they say, which existed before we were born and will continue after we are dead.

When Hamlet delivers his famous line: `Sleep perchance to dream/aye, there’s the rub, ` he is contemplating ending his own life. He is also pondering the possibility that this would deliver him into a new dream-world and would hence be no escape.

John G. Fuller, the paranormal journalist, postulated that following death our minds still exist in an `image world` very similar to that of our dreams (Fuller, p-328). All that can be said for sure is that both you and I shall be dreaming sometime later, whether we remember it subsequently or not. Take heart from this small fact. `Only in our dreams are we free`, wrote Terry Pratchet. `The rest of the time we need wages`.

Wiseman, Professor Richard Paranormality: why We See What Isn’t There (London: Macmillan. 2011).