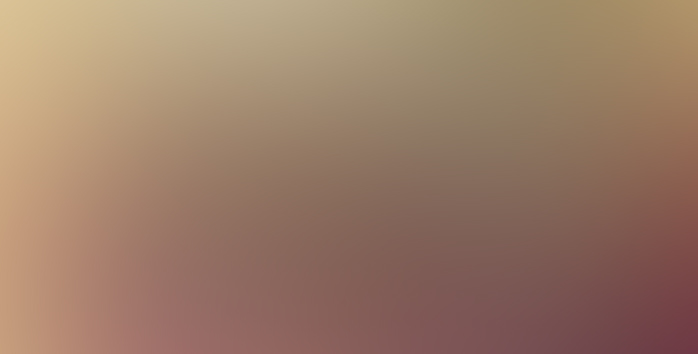 The Sirius Mystery is a totemic non-fiction work. It was launched almost forty years ago. The book sets forth a dramatic case for humans having made First Contact with intelligent beings from space five thousand years in the past. Considered by many to be the deluxe model among all the Ancient Astronaut theories, it is by Robert Temple.

Temple was residing in London in the seventies when he published the book. Herr von Daniken, with his indubitable promotional skills, had started a new market trend in the English speaking world at that time. Temple rode the crest of that wave, but has since been persuaded to revise the book, and did so in 1998, adding about fifty per cent new material ( it is this which I will cite here.)

In the seventies there were paperbacks in the shops with such titles as God Drives a  Flying Saucer and the whole Ancient Astronaut proposition was untouchable by anyone with a career in academia. Thus a vacuum was waiting to be filled and it was Mr Temple, who could frame the idea in more donnish terms, who came to fill it.

A significant television expose, produced by Horizon in 1977, turned out to be what Temple himself calls (with apparent approval) an `incredible demolition job` on Daniken (p-15). The closing fifteen minutes of the programme did, nevertheless, give some time to Temple’s ideas. These were treated in a positive, if guarded way, as offering a respectable alternative to Daniken.

This has set the terms of the debate ever since. To oversimplify things, let us call Daniken a salesman (even if he is, to some, a snake oil salesman); Temple is, then, is a fairground riddler. His books, sometimes wilful in their obscurity, are more cited than read. Temple is like the star of dark matter, the Sirius B, which revolves around the more visible star, Sirius A which is the household name that Daniken has become.

The eponymous mystery is in the way of anachronistic astronomical information. To wit: how could a `primitive` African tribe be in receipt of detailed knowledge about Sirius that has only been discovered by astronomers of our own time?

In 1954 the prestigious Oxford University Press brought out a compendium of reports called African Worlds. Hidden within these orthodox studies of tribal cultures can be found a piece authored by two French anthropologists called M. Griaule and G. Dieterlen, the latter being the Secretary General of the Societe des Africanist et Musee L’homme in Paris no less. Headed A Sudanese Sirius System this tells of how the anthropologists, living amongst the elders of the Dogon tribe in the Mali republic of West Africa, learnt that the people had a long established cosmology which made much of the star Sirius.

In particular, they mark the fifty year orbit of Sirius B around Sirius A. The quandary, which the writers suggest but do not really address, is this: Sirius B is not visible to the naked eye and was only known in the developed world from 1862. In fact, it was not even photographed until 1970 (p-65).

Temple (who began writing before Daniken was widely known in Britain) consults a science fiction paradigm: the Dogons were privileged to have been privy to scientific facts brought to them by travellers who arrived in spacecrafts.

These travellers were not humanoid but were more fish-like, being amphibians. They, nevertheless, schooled Homo Sapiens in the `arts of civilisation`. With a wave of the hand he dismisses the competing possibility that a lost terrestrial civilisation, such as Atlantis, may have been responsible. Nor does he say, in contrast to Daniken and co, that these benign interlopers tampered with our genetic makeup. It is not even all that clear that he believes that their contact with us extended much beyond the Dogons and the ancient Egyptians.

Notwithstanding, much of his thesis is concerned to show how much of the ancient cultures, to the Babylonians, to the Greeks and the Egyptians, have Sirius related belief systems. The mainstay of this argument comes from his interpretation of ancient texts, rather than pondering over Nazca lines and the likes of the Piri Reis map.

Temple further suggests that the cultural references to the Sirius system and its inhabitants have been deliberately embedded into ancient pictures and tablets in order that the brain-boxes of posterity could unscramble them. To this end he leads on what seems like a mathematical and etymological wild goose chase in search of the `sacred fifty`. He obsesses over this to the point where you do begin to suspect that he is reading too much into things. You could argue that the whole genre of decoding encrypted signals – from Christopher Hancock to Dan Brown – began right here. However The Sirius Mystery makes The Da Vinci Code look like a game of noughts and crosses by comparison!

Having said that Temple does propose in the 1998 version of the book that the pyramids and the sphinx were `probably built by the Extraterrestrials themselves in the Contact Period` and that `the step pyramid of the Saqqara was a later…attempt by man… to show humans could do such things too` (p20).

Temple writes with great authority and seems to take the reader into his confidence. Biographical details about him are scant in his book. From the internet we can find out that he was born in 1945 and studied Sanskrit at Pennsylvania State University. He moved to Britain in the sixties and has lived there since that time.

It was his own acolyte, Robert Bauval, who convinced him to refashion The Sirius Mystery. A part of the introduction to this is taken up with a complaint about how his supposed interest in `little green men` has cost him dearly. In the interim between the original and the rewrite he has, nevertheless, produced a well received tome called The Genius of China and produced a translation of The Complete Fables of Aesop for Penguin Classics!

It is not difficult to imagine that Temple would be a charming person to meet. Certainly he has some illustrious friends and supporters. He was a protégé of Arthur M. Young, a metaphysical philosopher, and it was he who introduced him the problem of the Dogon tribe. Another mentor was one Arthur C Clarke. (Temple implies that he was something of an ally, even though Clarke has never, in public, supported Ancient Astronaut theories).Then there is Uri Geller: Temple name drops him as a confidante.

For all his attempts to distance himself from cultists, in the new version of The Sirius Mystery Temple indulges in some forays into the outer limits. He gives some credence to the `face on Mars` (surely the most tendentious of all the supposed artefacts spotted on the Martian surface). He then speculates that one of the moons of Saturn, Phoebe, could be a large space ship.

He also has his own conspiracy theory: he has been thwarted by CIA agents, who in turn have been doing the dirty work of the FBI – as the Russians wanted a monopoly on occult research. Where he really loses me, however, is in an Appendix, which is devoted to his father’s and his own later involvement in Freemasonry. This seems to be connected in some way to Sirius lore also.

Temples cuts the figure of a sort of mandarin, the type of eminent Victorian who had knowledge of all things Greek (in fact he does cite Robert Graves quite a lot). Accordingly his prose is a kind of dense alphabet soup with some unfamiliar letters in it and peppered with allusions. You come to suspect that it is a bit of a performance. The following quotation is more or less random:

`Another word  for `tooth` is abeh and a related form of the same word means `jackal`. In addition `aba` means path. App means `to traverse` and ap means steps. If I may be forgiven lack of grammar appabat –emap means to traverse a path in steps, which is exactly what Sirius B does in its orbit. Since Anubis has been identified as the orbit of Sirius B, it is not surprising that a little of Anubis was the `counter of hearts` with the `counter` having the word `ap` and `abu` meaning hearts` (p-394)

The young Colin Wilson was accused of writing reference books but was lucid by comparison!

Temple has researched and written on the Dogon/Sirius interface since the tender age twenty two. He has cut a rather lonely furrow: theorists on parallel tracks get scant mention from him. Von Daniken is mentioned just twice, and then in passing, in the new edition, and he has little comment to make about UFOs and their corresponding lore. When his pet contention is called into question he leaps into the fray, however. Carl Sagan published a critique of Temple’s ideas in the August 1979 edition of OMNI magazine. The open minded astronomer claimed that the Dogon had been `culturally contaminated` by Western sources before Diterlen and Griaule arrived on the scene.

As OMNI did not allow temple a right of reply he later published an Open Letter to Carl Sagan in the Zetetic Scholar (#3, 1981). For once he dispenses with his obscure ramblings and deals with each objection point by point. He references a letter that he had received from some western Missionaries which states that none of them had any contact with the Dogon prior to 1949. He also recalls The Case for the Ancient Astronauts programme in which Dr Dieterlen held up an artefact which represented the Sirius system that was some four hundred years old (An Open Letter to Carl Sagan p-2).

This has not prevented other detractors from trying to prove that Temple has feet of clay. The respected anthropologist Walter van Beek has put forward an influential claim – just a revamped version of Sagan’s really –that it was Griaule who was the source of the Dogon’s astronomical information. Griaule’s daughter, in turn characterised van Beek as having `political` motives: certainly he is a prominent Mormon. Meanwhile the sceptical science writer James Oberg has also suggested `cultural contamination` as being the cause of the mystery. Oberg does, however, go on to say that this cannot be proved and therefore that the case is not yet closed.

At least, back in the seventies, Temple was bold enough to advance a testable thesis (a rare thing indeed in journalism of the unexplained!) He did say that the then shadowy possibility that there was a third star in the system –Sirius C- would be confirmed. It was to be in the mid-nineties that the probable existence of Sirius C was trumpeted. French star-gazing boffins Daniel Benerest and Jack Duvent wrote about it in Astronomy and Astrophysics (Vol 229.P’s 621-627, 1994). Although Sirius C remains unproven, Temple states that his thesis has been `now verified in a dramatic fashion` (p-4). Either way, the initial astonishment over the Sirius/Dogon interface – whether it is due to coincidence, clairvoyance or alien contact –remains untarnished.

Perhaps I should bow out with an assurance from Temple himself, in less sanguine mood: `…anyone who insists that what he says is true is a phoney….I want to stress that everything in this book is hypothetical` (P-45).