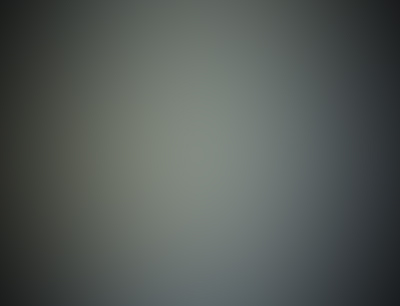 There are two certainties about what hit central Siberia over a century ago. One is that it is not a conspiracy rumour and did happen. The other is that what transpired continues to present an enigma. Or does it?

The sequence of events is now iconic. On the morning of June 30th 1908 an area near the Stony Tunguska River hosted one of the most powerful discharges in recorded history: a superblast 1500 times stronger than Hiroshima.

Peasants and their horses were flung into the air in a radius of up to 200 kilometres away. St Petersburg experienced a small earthquake and later black rain fell onto the region of the blast. Many parts of the world reported luminescent night skies for some time after.

In a land faraway….

The conundrum tantalises all the more for being distant. Siberia constitutes 4, 650,000 square miles of land, much of it forest. The region is still sparsely populated. I have lived in West Siberia and the closest town to the oil-town where I worked was a day’s train journey through mostly uninhabited taiga. It is not uncommon for it to go down to minus 45 in the winter and the summers are intense and mosquito prone.

When the fireball hit, the Trans-Siberian railway had only been in service for three years. The first official investigation to the site was not until 1921.

The West would have to wait until 1977 for the first English language book devoted to the matter – The Fire Came By – to be available. (This relied on translations from Russian by John W. Atwell.) Even then, it is significant that this was not authored by scientists nor Ufologists, but by journalists with arts backgrounds.

In Search of debris.

The face of Leonid Kulik, a mineralogist, peers out from a Soviet stamp from the late fifties. This was to honour the several courageous attempts he made to locate what he assumed to be the impact site of a large meteorite. This starting point was a bold one in an age that was only just coming to accept meteorites; nevertheless meteorites meant iron and the new Soviet regime needed some.

Kulik did not discover iron reserves there. Nor did he find the Arizona-like crater that he expected. It was this surprising outcome – together with the images of desolation that he photographed that were akin to Nagasaki –that has fed the feeling of mystery about the event up to this day.

If Kulik was not correct, then, instead of a stony asteroid, might it have been a muddy ball of snow – a comet? These two mainstream models – meteorite or comet –have been in a wrestling match ever since. Then some physicists have made use of Tunguska as a play-pen in which to disport their pet notions. A black hole, anti-matter, mirror matter and a plasma charge have all been suspected. One fancy has it that Nikolai Tesla was the culprit, and another suggests that the object was an emanation from the bowels of the earth – a geometer. None of these theories defy the great taboo: intelligent extraterrestrials.

Last June the whole thing was wrapped up. An article by Simon Redfern for Ars Technica – Mystery Solved: Meteorite Caused Tunguska Devastation –explains that Kulik has been vindicated. A posse of German, Ukrainian and American researchers found microscopic traces of meteorite-like fragments in the peat of the region. These featured a combination of minerals similar to those found in Arizona. This is good enough for most.

That said, many readers will have experienced a sense of déjà. A very similar headline appeared three years earlier. This time Pravda (on-line) gave an account of how TRINITY (Troisk Innovation of nuclear research Institute) employed a `unique instrument` to determine that the event had been caused by a vast chink of ice, a…comet after all. We are back to that pendulum.

The suspicion that alien technology may have been implicated still lingers. Quite typical is an article by Roger Ford (collected in UFO’s: The Final Answer?) in which he considers Tunguska alongside some lesser known – and more doubtful- `saucer crashes` in the United Kingdom. More lately, before his sad early death, the Ukrainian Tunguska specialist Vladimir Rubkin was trumpeting the fact that the mystery had not been solved despite what some said.

In 1946, a year before the era of the `flying saucer` had been initiated by the Kenneth Arnold sighting, a respected technologist from Siberia, Alexander Kazantsev began to pen a series of science fiction tales premised on Tunguska involving a downed starship.

The dropping of atom bombs on Japan did much to impress on him the resonances between this and what happened at Tunguska. (The likeness between Tunguska and the site of a nuclear detonation –scabs on animals, growth rings on trees among others – are dealt with at length in Chapter 8 of The Fire Came By).

Later, the premier Russian Ufologist Professor Felix Zigel made this model his own. By 1981 Arthur C. Clarke felt a need to state that the notion was `worth taking seriously` even though he favoured the comet explanation himself (Fairley, pages 243-244).

The spacecraft paradigm is more than just romanticism however – it does address some awkward questions.

A comet would have to have a lot of mass to deliver the pre-explosive power that befell Tunguska. If, however, it were that big it would do a whole lot more than make a big bang: it is just such a collision that many scientists believe decimated our dinosaur ancestors.

Both a comet and a meteor, furthermore, would follow a straight trajectory before hitting the earth. There is evidence, deriving from witness statements, that the bolide altered its path two times whilst in flight. Zigel said:

`Before the blast the Tunguska body described in the atmosphere a tremendous arc of about 375 miles in extent (in azimuth)` (cited in Barclay, p-100).

Then there is a suggestion that the object travelled at subsonic speeds. The noise it made came before it was seen, not the other way round as it would have if it had been moving at a supersonic velocity. This implies that the object slowed down on descent. The explosion itself, moreover, judging by the irregular shape of the impact site, looks as though it took place in the air and not at the point of impact.

The case for the object being directed by intelligence starts to look a little more robust.

The eyewitness statements about what was seen agree in describing it as cylindrical: a `column` a `pipe` and even a `chimney` are the kinds of words used (Atkins/Baxter, page 120).

It is revealing to compare all this with the known meteorite that came down on Chelyabinsk this year. I was privileged to see this unfolding more or less live on Russian television. The object was a distinct ball of flame and followed a direct course. One witness pursued it in a car and videoed the results.

Isaac Asimov, in his introduction to The Fire Came By, volunteered a further reason for thinking that the object might have been a craft. Three quarters of the earth is aquatic. Had it crashed into the sea devastating tidal waves would have been generated. Then 10% of terra firma is ice bound and such an impact here would have altered our planet’s ecology. 15% of the earth has humans on it, leaving just 5% of the globe left, which includes the area around Tunguska. This catastrophe was a notable in being humane. (Even the much smaller Chelyabinsk meteorite resulted in 1,000 injuries, mostly from shattered windows).

In a 2004 poll taken by a Russian science website a tiny 9% of correspondents were willing to give any time to the spacecraft theory (although 33% were `Don’t knows` also). Some of its proponents have not helped: the idea that the craft came down following an interstellar dogfight seems to owe something to Monty Python’s Life of Brian, or another that it had a contretemps with a comet is having it both ways.

Surendra, Verma The Tunguska Fireball: Solving One of the Great Mysteries of the 20th Century (Cambridge, Icon books, 2005)