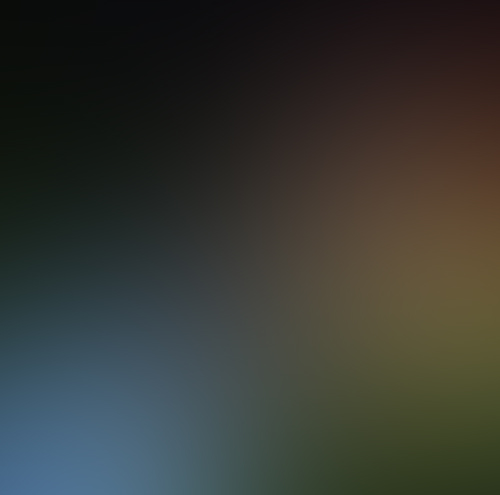 It was a few billion years ago when The Conveyors had first arrived. From some far flung arm of the galaxy they had been travelling for longer than any sentient being was capable of remembering. They sliced through the hellish void of the cosmos and pushed forth in all directions. Within their glittering frames they nurtured the most precious cargo in all the universe….When one of The Conveyors chanced upon a Yellow dwarf-type star, and around this an aquatic world, its automated system, for it had no pilot, told it to slow down. The Conveyor then plunged into the atmosphere of this new world. On crashing onto the surface it ejected the spoor that it contained onto the waters and the rocks. This, at last, was hope for a new start….

That scenario is, of course, science fiction. In a notorious exchange with the controversialist Ben Stein, however, a respected British ethologist said something that was to create shockwaves. He said:

`I could be that at some earlier time, somewhere in the Universe, a civilisation evolved, probably by some kind of Darwinian means, probably to a high level of technology, and designed a form of life that they seeded onto this planet. Now that is a possibility, an intriguing possibility`.

The speaker was speculating, but plummy voice, which tells of nannies and the dreaming spires of Oxford, belonged to one Richard Dawkins.

Dawkins represents the voice of Established Science. There is a formaldehyde whiff of Nineteenth Century materialist zeal about him. He is also the arch-scourge of beliefs in God or Gods, particularly in the form of organised religion. Here he was, though, entertaining an idea which presupposed the existence of intelligent alien beings. Had he gone all Prometheus on us?

Much of the on-line response to these remarks (which Dawkins has made more than once) issued from Bible bashers. They see this as an attempt by an atheist to wriggle out of the need for divine intervention to explain the presence of life.

Dawkins has since made out that he was simply holding out an `olive branch` to believers in creation. It was all by way of a `thought experiment` he said. Nevertheless, as we shall see, this is not the first time that a reputable scientist has explored such a notion.

Abiogenesis, the generation of life on earth, is, by general consent, one of the key mysteries of science. The process does not occur now and, assuming it ever did, could only have done so when the earth was another kind of planet altogether: the earth 3 billion years ago. This was a murky world of gas clouds and volcanoes.

Scientists have made attempts to restage these conditions to see if they were favourable to the formation of life. In 1953 Stanley Miller, of the University of Chicago, ran a much vaunted test. In one test tube he had water and in another a mix of methane, ammonia and hydrogen sulphide gas. He joined the two and passed an electrical spark through it all.

It came to pass that, a few days later, organic compounds such as sugars and amino acids, had been generated. This Frankenstinian exercise, whilst sometimes hailed as the creation of life, only demonstrated that the constituents of life can be so formed, and not life per se. In fact, as Bill Bryson in A Short History of Nearly Everything said:

`Despite half a century of further study we are nowhere nearer synthesising life today than we were in 1953 – and much further away from thinking we can ` (P-350).

Whence the miracle of sentience then? In 1871 Lord Kelvin, the Scottish mathematical physicist, argued that life may have hitched a ride on a meteorite. This was a model – called panspermia – that would be taken up again much later, as we shall see.

Meanwhile, in 1960, Thomas Gould, an Austrian Professor of astronomy, suggested another proposal. This was full of comic bathos. Life was but `cosmic garbage` left behind by accident by passing extraterrestrial beings! This idea bears some resemblance to the premise of the novel Roadside Picnic by Arkady and Boris Sturgatsky published in 1971.

It would also be in 1971, however, that a more provocative variant of the panspermia thesis would be aired. A conference was held on Communication with Extraterrestrial Intelligences at Byuraka Observatory in Armenia. At this a biologist and a chemist stood up an announced that maybe life had been placed here on purpose by alien beings! Carl Sagan was amongst those present, and the reason nobody laughed was that the molecular biologist was Francis Crick. It was he who, along with James Watson, had won the Nobel Prize in 1953 for discovering DNA. His associate, Leslie Orgel was an organic chemist from the Salk Institute for Biological Study.

These men would later polish their thesis and present it in an article for Icarus  two years later. This was called Directed Panspermia.

The authors felt that the idea of life getting here from space in meteorites or interstellar dust was a `Nineteenth Century` one. Microbial life could not survive either the temperatures or the radiation levels of deep space. However, an `unmanned special long range spacecraft` could well have introduced `blue-green algae` onto this planet.

They added that since the Milky Way galaxy is 13 billion years old there has been enough time for a civilisation with sufficient technical capabilities to carry through such a scheme. Sending life in microbial form would be a wiser use of their resources than doing so in person. Furthermore ` we are unlikely to be their sole descendants`.

As for why: since we are dealing with aliens we can but speculate. Were they facing extinction and this was their last desperate bid for some kind of continuity? Was it an experiment? Or was it a part of a long term scheme to terraform our planet with a view to future habitation?

Some of the supporting evidence they give for Directed Panspermia includes the fact that molybdenum, which is essential for the formation of living organisms, is rare on this planet.

They also make something of the puzzling truth that the structure of DNA is identical in all the life-forms on earth: this might imply a common, off-world source.

Furthermore, it is telling that micro-organisms make themselves known abruptly in our fossil records without sign of prebiotic organisms being here first.

Crick and Ogel even go so far as to make guesses as to the kind of space transport that would have to be used, and the kind of speeds they would need to move at:

`It would not be necessary to accelerate the spaceship to extremely high velocities, since its arrival time would not be important. The radius of our galaxy is about 10/5 light years, so we could infect most planets in the galaxy within 10/8 yr by means of a spaceship travelling at only one thousandth the velocity of light. Several hundred stars are within a hundred light years of the Earth and could be reached within as  little as a million years by a spaceship travelling at only 60,000 m.p.h or within 10,000 yr if a speed of a hundredth of that of light were possible` (Crick and Ogel, p 343)

Some commentators have maintained that the authors were just indulging in a bit of science fictional fun. They revised their views a little when more became known about terrestrial biology, they say. Be that as it may, Crick did revisit these views eight years later in full length book form in Life Itself (1981).

What does seem odd, when we look back, is how little attention this received from the Ancient Astronaut (or Paleo-Contact) theorists of the time. The Icarus publication coincided with the trend of writers like Erich von Daniken, Robert Temple, and Richard Mooney, to name but a few, suggesting extraterrestrial involvement in earthly affairs – albeit at a much later date in human history. Had Crick and Ogel been influenced by this? Were they making a concession? Might had the Paleo-contact writers been given a bit more credence if they had acknowledged this? It is only of late that Graham Hancock (who is not even a Paleo-contact advocate as such) has started to mention Francis Crick and Leslie Ogel’s brave foray into the outer limits.