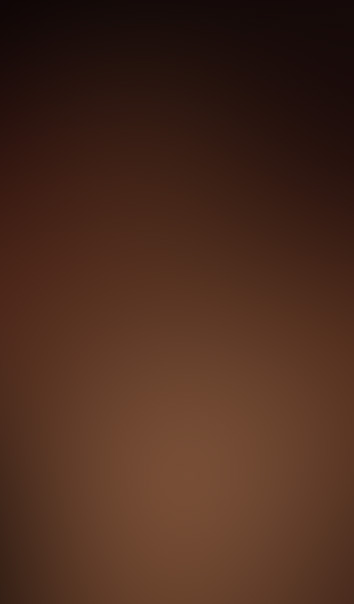 Where do ghosts live, and why do they need homes?

The hairs on the back of my drinking partner’s hands stood on end as he told the tale. He was a Canadian who had had a misspent youth. A friend and he were somewhere in the wilds of British Columbia on the lookout for drugs. They came across a deserted house. When they peered through its window this is what they saw: a huge, transparent entity making its way down the stairs towards them. They fled….

Despite being from the haunted Isle of Britain, my own take on this was that their subconscious minds had together conjured up an image to warn them away from drugs. My shivering narrator was having none of this.

Indeed ghosts generally seem to be bound to geographical locales: buildings in particular. Whilst their sister phenomenon – UFOs –can manifest anytime and anywhere, like the Starbucks of the paranormal world, ghosts, like us, seem to need dwellings. The verb `to haunt` implies a kind of residency, after all.  An old Anglo Saxon poem called `The Ruin` refers to this: `Wraith-like is this native stone’ [Ackroyd, p-2].

Britain has a home-loving culture as expressed in the saying `An Englishman’s home is his castle`. It is tempting to use this to account for the preponderance of spooky reports from the British Isles.

Writers often remark that Britain is the epicentre of ghostly activity. This assumption is regurgitated by the cultural historian Peter Ackroyd. In his recent book The English Ghost: Spectres Through Time (2011), the first line reads: `England is a haunted country`.[Ackroyd, p-1]

In fact, yes, ghosts are indeed an institution in my home country. Where would a walking tour of the Tower of London be without the ghastly tales of the re-appearance of Lady Jane Grey or the Earl of Northumberland? Where would English Literature be minus the input of the Ghost Story tradition of the Nineteenth Century?  Put a group of British teenagers together and ask `Do you believe in ghosts`? and lo!-you have an instant discussion. The same does not work so well with teenagers from other lands.

Britain may have lost its Empire but it still leads the way when it comes to night-frights! Then again, perhaps ghosts are nothing more than a fey Britishism?

Just how sustainable is Ackroyd’s assumption? From Amityville to the Whitehouse we know that North Americans are just as prone to being spooked as the Brits are. What about Britain’s rational neighbours, the French? An apparition of their national scribe, Voltaire was said to appear at a Swiss Chateau in Nyon [Tulleken, p-113]. Guy de Maupassant not only penned unsettling ghost tales but had his own real life ghost story to tell [Tulleken, P-97]. The Germans? It is enough to say that the spooky words `doppelganger` and `poltergeist` are German terms which we have not even troubled ourselves to translate.

Many modern Africans blend a belief in ghosts with Christianity, but the former has its roots in their much earlier tribal cultures. South East Asian art, religion and folklore are suffused with spectres. In Japan it is a part of the Shinto faith and despite the best efforts of the Communist authorities to dispel it ghost fearing is still common among the Chinese.

The Russians, it is true, do not speak much of ghosts. Their rich Nineteenth Century literature scarcely even uses the ghost as a metaphor. Their paranormal magazines of today chatter excitedly about extra-sensory powers, prophecies and alien invasion threats, but news of hauntings is much less common.

Having lived for four years in Kazan, Russia’s `third capital`, I can say that I have heard much of their colourful thousand-year history but very little of it is in the way of local apparitions.

Look again, however. Russians do have the domovoi. The domovoi is a sort of semi-malevolent troll-spirit which squats in people’s homes. It can take on different forms, including those of the deceased. It moves or hides household objects. An ancient folktale? Perhaps, but I have spoken to two educated young Russians who take its existence, in some form, seriously.

It is significant that the domovoi takes us right back to the sense that ghosts are a housebound phenomenon: the word domovoi comes from dom, which means `home` in the Russian language.

Perhaps then all cultures record the process we know as `a haunting`. This is then filtered through different belief systems and hence described in separate ways. If an object flies about by itself in a house, to a Brit this might be some headless Jacobean on the rampage, to a German a `noisy spirit`, and to a Slav the domovoi up to its usual tricks.

In fact most reported ghost encounters involve fleeting phenomena such as flashes, shadows, wisps of smoke, tapping and strange smells: all phenomena that are open to individual interpretation. [Wiseman, P-193].

So why do ghosts need homes? Perhaps we could rephrase that and ask why homes need ghosts! Ghost investigators have written many papers speculating around these kinds of questions. There are two explanations that offer something concrete. The first one is psychological and the other is parapsychological.

James Houran, a computer statistician, argues that a state of mind known as `hyper-vigilance` has much to answer for. Quite simply: if you place somebody in a suitably atmospheric locale, perhaps an old house in the night, soon they will come to ascribe every little noise or event to the product of occult forces. This will be even more the case if they are already believers in such things. That skittering noise that you notice all of a sudden: is it the undead prancing on the roof, or just the hot water entering the pipes which it does automatically?

Houran has provided some real world demonstrations for this model. He rented a disused theatre, after having checked that it had no reputation for spooky activity. Then he invited two groups to come and walk round it. One had been told that the building was being done up, and the other that it was a haunted site. As predicted, the latter group told of unexplained occurrences in the vicinity [Wiseman P-224 – 225].

The rival hypothesis is one that has found favour with many ghost apologists, including Peter Underwood, the `King of ghost hunters` [Randles, P-57]. This has been dubbed the `Stone Tapes` theory (called so after a television drama by Nigel Kneale which popularised this idea, a version of which had been earlier suggested by T.C Lethbridge).

This theory makes an analogy with tapes and CDs. Some environments, goes the idea, can somehow `record` past events, for example if strong emotions are released at the time. When the conditions are right, these can then be `replayed` [Wiseman, 211].

Both of these theories satisfy our need for simplicity. The first one plays to a sort of `commonsense` approach; the latter to a technological (post) twentieth Century sensibility. Both have flaws.

Let us take `hyper-vigilance` first. The reader will no doubt be able to list some reported haunting cases which occurred in buildings which were not at all suggestive of creepiness. One of the most famous manifestations of poltergeist infestations from Britain took place in an average semi-detached house in suburban Sussex. [Randles, P-106].

Likewise, houses which `ought` to be haunted do not always generate legends. I myself spent a fair portion of my childhood in a mansion in rural Yorkshire which dated back to Cromwell’s day. As much as I was an imaginative child, I have not a single fire-side ghost tale to relate from my time there.

The `Stone tapes` paradigm, however, suffers from being too hypothetical. Nobody who swears by it can explain just how dramatic events get to be transferred onto living matter so that they can play out again. It is not exactly parsimonious to explain one unexplained phenomena by use of another unexplained phenomena!

The process known as `a haunting` needs to be subject to a cross-cultural study. If the Anglo centric assumptions about spirits of the dead, and invisible realms and history are put to one side we can view the phenomena in a fresh way. It seems to me that ghosts are attention seekers. This might be why they share the same living space as us. A subtle interplay between the witnesses, their psychology and geography seems to be hinted at.

What are ghosts trying to draw our attention to? Well, without hauntings we would be more smug in our cheery bustling little lives. Perhaps there is a clue to be found in this fact.

Wiseman, Professor Richard  Paranormality: Why We See What Isn’t There (London: Macmillan, 2011)