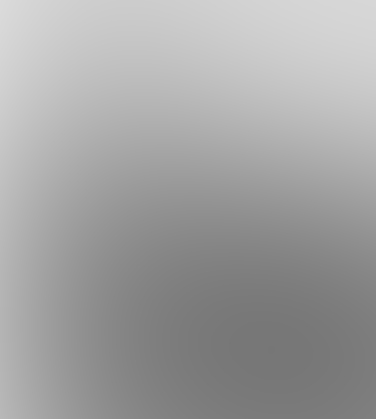 Today much military and diplomatic talk surrounds Britain’s liberation of the Falkland Islands from Argentine occupation on 14 June 1982. This is a very complex issue with both parties being emotively convinced of their national positions, yet legally bereft of concluding the matter to the satisfaction of all.

14 June is also a highly significant date in earlier British history as it marks the anniversary of the Battle of Naseby, which was a key battle of the first English Civil War back in 1645.

This was a critical Parliamentarian victory against the corrupt monarch King Charles 1. The English forces of the highly effective ‘New Model Army’, seeking democracy rather than regal oppression, smashed the King that day.

DAYS OF PATRIOTISM OR PRIVILEGE

Flag-waving Royalists today would do well to recall that it only takes one deceitful monarch to inflame the Nation’s frustration and lead to bitter civil conflict.

Like Charles 1, the claim that royalty are somehow ‘Divinely appointed’ with alleged links back to King David of Judea are farfetched, historically counterfeit and quite laughable in fact. Such a quaint theory relies on claims that the Christian god had bestowed worldly power on the monarch; just as the same god had supposedly given spiritual power and influence to the Church and in turn to the Pope.

Sadly, this royalist ideal is so indoctrinated into most UK people that they fail to see how they have been manipulated with this shrewd mind-spin. In fact even ‘challenging’ such entrenched British ideals has been seen as a ‘sacrilegious’ act in

the past, due to monarchical associations with the untouchable Christian god perception.

So, In a nutshell it goes like this. The King or Queen is placed on the throne by Christ, consequently if you mess with the Monarch you are also screwing about with God…

Can anyone believe that such medieval superstitious claptrap still exists in a contemporary UK society – well yes, it certainty does.  The UK press and the public lap it all up and never question what lies ‘behind’ the ongoing royal charade. It’s all glitz, glamour and trendy smokescreen. Add to this a new eye-catching princess or two in cute frocks and the royalist soap opera rolls on.

But just wait and see what happens next when one thoughtless future royal messes up big-time. Public adoration is a fickle thing and can wane as fast as lightening. The English Civil War taught us this much. Flickers of genuine democracy may have also started then, but later waned away.

We need to realise that the bogus notion of ‘Hereditary privilege’ is anathema to any true democracy and greater visions of equality for all. It is a form of inherent social prejudice that is largely accepted by the masses. The great flag-waving devotion that many feel to the monarchy is part of the mind-spin, which equates so well with religious indoctrination. The very same type of semi-religious fervour saw many young Japanese boys drive their zeros into US battleships, for their Emperor, in the 1940s.

Therefore, a so-called divinely-appointed monarch is clearly NOT in keeping with the true spirit of modern democracy FOR THE PEOPLE and in effect simply keeps a nation in the Dark Ages.

Democracy means, or SHOULD mean, that ‘YOU’ the people democratically elect who you want – not accept what (or who) you are ‘given’ by unconstitutional parties supporting allegedly divinely-sanctioned traditionalistic, royalist decree…

It’s our country in which we should be ‘citizens’ BY BIRTHRIGHT instead of ‘subjects’ to serve under unelected, royalist conceptions.

I for one may be proud to call myself British and love the land second to none.

Nevertheless, I bend my knee to no ultra-rich man or woman wearing a false crown and professing that they exist in their highly privileged position due to some ancient, divine diktat.

Cromwell and Fairfax, with their New Model Army back in 1645, did not have all the right answers but they started ‘something’ that could eventually lead to valid social evolution….