UFODigest.com » Aliens and UFOs » Alien Abduction » Camping in the Catskills with UFOs 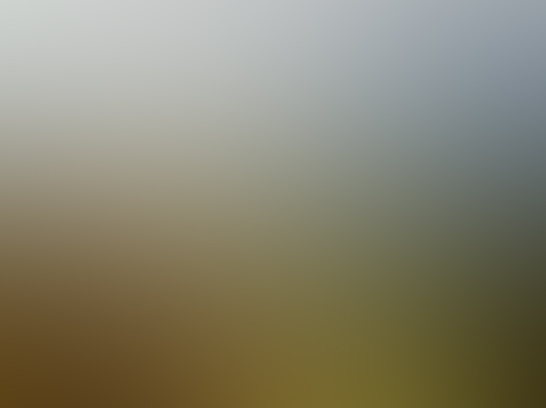 A young couple who are related to me through my husband knew I was a paranormal writer and also was a bit crazy for doing what I do. The couple knew little to nothing about things considered unknown and were happy to leave it that way. They made it clear they felt I was a wacko who wastes my time writing about all the crazy paranormal stuff! They look at me differently now – in fact, they look at lots of things differently now.

This couple and their six-year-old son had what you would call a “life changing experience” one weekend late in the summer of 2011 while on a camping trip  in the Catskill Mountains in upstate New York.

The three of them would often pack up their camping gear and take long weekends in different forested locations around the state. One spot they always enjoyed visiting was one of the many wooded areas of the Catskill Mountains. It was an easy drive from their home outside of New York City and a beautiful place to find nature and adventure for their little boy.

Late in September of 2011 the small family decided to spend a long weekend while the weather remained warm hiking among the Catskills. The would drive to an area where they could pull their large, older model van off the road and set up a small campsite close to where they wanted to explore the wooded mountainside. Their campsite consisted of a few folding chairs and a portable grill they placed on the ground as a small fire pit. For safety and comfort the three of them slept in sleeping bags inside the back of their van. The family would investigate the hiking paths during the day, returning to their makeshift camping to cook a dinner of hotdogs and toasted marshmallows over their small campfire at day’s end. At night they would sit and watch the sky until their little fire died away. Then, exhausted from a day of exploring, the family usually crawled into their van before 9 P.M., slipping into warm sleeping bags. The next day, dawn would start the pleasant routine all over again.

The weekend at the center of our story was like many others they’d enjoyed over that summer – hiking along the mountainside, sitting around the campfire and sleeping in the van. Then came the day the six-year-old grew tired and hungry about 5 P.M., sending the three back to their small campsite. The parents set about building a small fire in the portable grill and pulling out the cooler full of food for the night. The little  boy played nearby with a handful of toys he brought along. With the fire crackling, the young wife poured enough water in a small pot to make some hot chocolate for the family to help with the colder air slowly beginning to make its way across the Catskills. It was still daylight, but the family was tired and their day was winding down.

They sat contently around the small fire, fussing with the food and talking about things they’d seen during their hike when the child stood up from where he was playing around on the ground with his toys. With his back to his parents, he was looking out towards the sky above a small valley below them. Suddenly he interrupted his parents by whispering to his father, “Dad, what is that thing?” At first the father continued talking to his wife when his little boy called to him, sounding a bit more frightened, “Dad, that thing, what is it? It’s scaring me!” With that the little boy backed up to his father and grabbed his shirt tightly. Turning to face the small valley, the young father looked to see what was upsetting his son. His wife was now paying attention to what was happening as well..

In front of this small family, rising from the valley floor, a huge oval-shaped craft. The hulking craft had sinister glow as it loomed over the valley, changing rapidly from blues to greens to purples; however, there was no hint of the familiar lights that announce the nighttime presence of a standard aircraft. The entire surface of the ominous craft glowed with the continuously changing colors. It appeared the craft was seamlessly fashioned of a silvery metal skin with rotating luminous neon colors. It didn’t seem to have any windows, doors or breaks in its smooth metallic surface and made not even a single sound. The family stood awestricken and frightened for a few seconds as the massive craft rose above the mountain scenery

Quickly conquering feelings of nausea and overpowering fear, the husband, a combat hardened military veteran, knew he had to move his family to safety. He didn’t want whatever controlled the threatening craft to notice them. Slowly, he bent to empty the pot of water on the fire, dousing the flames. He slowly swept up his son, whispering to the child not to make any noise, pulling the boy close while he reached for his wife’s hand. He shook his head when she started to speak. The young husband slowly withdrew his family, silently, to the van. He opened the passenger door, motioning for his wife to get in and passing her the child who was now whimpering in fear. He slowly moved to the driver’s side of the van, keeping wary eyes on the craft that continued to slowly rise from the valley. He slid into the van and started the engine, slowly guiding it into the tree line for concealment. The van was a dark green, and he hoped he could hide it from the view of whatever mastered the rising craft. He was trying to maintain concealment while putting distance between the fear inducing craft and his little family

At a crawl, the van edged its way along the tree line as the husband moved carefully away from the threatening craft. He did this until he could no longer see the UFO, hoping the craft’s crew couldn’t see him either. He slowly increased his speed, trying not to crash into any of the trees as he distanced his family from the mysterious giant object. He continued this path along the side of the road, under the trees, until he felt it was safe to take to the road’s surface to get his family out of there as fast as possible.

The young family hit the road, speeding down the mountain as fast as they could, moving rapidly away from whatever it was that was rising above the valley. The young husband headed them for the closest area where other people would be and found a gas station at the bottom of the mountain road. The family, now shocked and still terrified, told the gas station owner what they had just seen. Strangely, the gas station owner didn’t seem shocked, nor did he think they were crazy. He told them they did the right thing, getting out of there, and suggested the young man fill his tank and continue driving away from the area. The family took his advice, quickly finding their way to a heavily traveled highway and heading directly home.

When they were safely locked in far from the mountains in their own home, the young man called the sheriff’s office responsible for the area where they had their ominous sighting to report what they had observed. A deputy politely took his report but showed no emotion or reaction to what the family had witnessed. The young husband couldn’t tell if the lack of reaction was due to the deputy not believing him, or just the boredom that might set in for an official who had heard similar reports from a multitude of callers that night. The deputy had no response to the young man’s question of whether others had reported the sighting besides him. The deputy simply thanked him and ended the call.

The couple had never thought much about things like UFOs before and never anticipated coming face-to-face with one while sitting around a campfire in the Catskills. Fortunately, the young father knew instinctively that he needed to get his family away from there as quickly and quietly as he could. He did an excellent job of keeping his focus and saving his family. The fact of the matter is that no one really knew exactly where this family was that day, and no one was near where they parked to spend the night in the woods. If the crew of the mysterious craft had noticed them and taken them, the family may have joined the ranks of the missing with no chance of anyone ever knowing what happened to them. The quick thinking that led the young father to rise above the terror of this situation was exactly the cool thinking needed to save his family from the possibility of an unknown fate.

This couple now knows these anomalous objects exist, and their able to perform in ways that can’t be matched by any known terrestrial aircraft. The object they witnessed was about the size of a cruise ship. Its illumination came from glowing rather than actual lights. It was silent, and even as large as it was, it could hover in midair, slowly gaining altitude between periods of simply hanging still in the sky. The man told me only personally seeing such an object could ever convince him these fantastic aerial enigmas and their capabilities exist.

Not only did this family experience a life changing encounter, they received a lesson in keeping an open mind when it comes to claims about UFOs and similar seemingly outlandish things that are being reported worldwide.

With the warm weather coming soon I felt it a good time to talk about this family and remind you all to always be alert to what is happening around you and to keep a cool head and clear focus if you find you are face to face with a similar event.

One thought on “Camping in the Catskills with UFOs”