Oscar Magocsi was born in Budapest, Hungary, in February 1928. After the establishment of a communist regime in Hungary and the lost Hungarian Revolution from 1956, he decided to leave the country and emigrated to Canada in 1957, where he found a job at CBC, the Canadian Television Company. In September 1974, he had his first UFO sighting and since then, ongoing contacts with benevolent human ET’s till his death in September 2002.

“I have been living in Toronto since 1957 and working in the communication industry as an electronic technician. Contrary to my earlier disinterest in the UFO phenomena and such matters, I’ve become actively engaged in psychic-metaphysical and related fields ever since my first UFO encounters of 1974-1975. After all these years, my alien friends still keep in touch. They have their ways of communicating, plus monitoring people and events.”

“Now I understand the full importance of our alien space friends’ mission, and I resolved to do my part in helping their cause. My motivation is to communicate my experiences, to further the publicizing about the existence of alien intelligences interested in Earth-affairs, and to comply with the insistent urgings of my alien friends by spreading the word about them as I keep coming across new pieces of information. For I am part of their team now, I feel that my involvement in this field has just barely begun, and there will be much more experiences and encounters to come for me yet.” (“My Space Odyssey in UFOs” – 1980)

Short Summary of Oscar Magocsi’s statements
According to Oscar, there is a real Space Federation in our Cosmic region, formally called “Interdimensional Federation Of Free Worlds”, spread over 33 galaxies and in different dimensions. The population is mainly human, but alien worlds are members as well. These non-humanoid species may be aquatics, amphibians, crustaceans, reptilians, mammalians, avians, large insecteans, … – just to mention a few possible types; planetary atmospheres ranging from methane to chlorine. 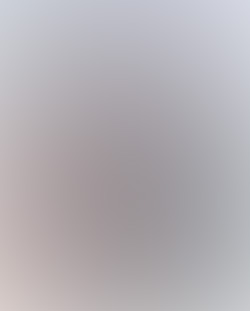 They use hyperspace-technology and a system of star gates for interstellar and intergalactic space travel. They have all kinds of super technologies, like hover-cars, teleportation and levitation systems, holographic worlds, androids, robots, domed cities, and so on…
The Federation is guided and adviced by a group of Masters from the uppermost regions of the causal plane, the “Council of Guardians”. They were described as “pure energy beings who dwelt in a non-physical realm beyond time and space. Like some heavenly host, they were the Elder Brothers, guiding the fate of humankind in all the dimensions and universes throughout the vast Cosmos.”

The Greater Federation is only one Space Civilization among others. One neighbor is an alliance of mainly non-humanoid hostile species, the so-called “Imperial Alliance Of Rightous Worlds”. Federation and Alliance are in a Cold War for thousands of years. Both try to increase their power or influence in our cosmic region and want new planets – like our Earth – to be part of their ideological system. The Federation sent people for development assistance to boost our cultural and spiritual progress, the Alliance tried to establish a hidden power system on Earth to control our planet. Both sides have multiple secret bases on our planet and in our Solar System.

Oscar was contacted by a group of benevolent ET’s, which called themselves “Psycheans”. These Psycheans are the successors of a giant ancient space empire called AN, which was almost completly destroyed in a Great Cosmic War, several hundred thousand years ago. The last surviving worlds from AN were called “psy-che-AN” (those from AN). These Psycheans tried to rebuild their old greatness and initiated the growth of bigger conglomerations of worlds to build a new huge space civilization. This time, they used a federation system (instead of an imperial system, as in ancient AN).

According to Oscar Magocsi, the NEW AGE MOVEMENT, this powerful global network that is working to bring about a radically positive change on Earth, was initiated and inspirated by extra-terrestrial and etheric powers: “It all came from the Forces of Light: through the Space Brothers, the continuing transmissions from Sirius Centre, and the untiring workers of the Great White Brotherhood and associates.”

If you would like more information or to purchase this book through AMAZON.COM simply click on this link: My contacts with the real Space Federation

John Robert Colombo
“I am pleased that the man and his mission are being treated seriously. Yes, I exchanged a couple of letters with him and wrote about him and his work in “UFOs over Canada” and I read his four books. I am pleased, as well, that they have been collected and reprinted in what seems to be a handsome edition. It is very well done.”

Timothy Green Beckley
“I met the man face to face, and I can see no reason why he would have made up the whole thing as he never received any sort of financial gain or much in the way of notoriety either. He still has a following in some parts of the world, people who believe in him and want to keep his story alive.”

Brad Steiger
“I admit that I was unfamiliar with his name. Back in the 1960s and early ’70s it was far easier from me to keep track of most of the more prominent contactees. These days, it is almost impossible. Obviously either more contact is being made or more people are believing that they have been contacted by the Visitors.”