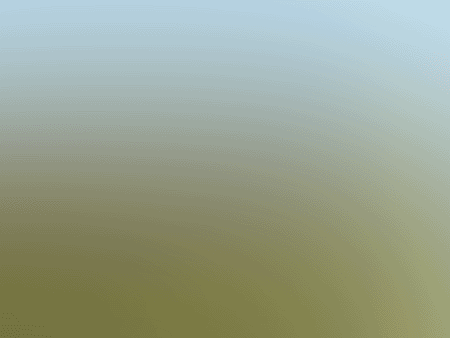 Publisher’s Note: This article was published on the English.Pravda.Ru website. It states that the CIA acknowledges the existence of Area 51, the top secret military testing site, and was written by Lyuba Lulko. Dirk
The CIA has confirmed the existence of Area 51, providing the exact location of the object in the state of Nevada. Area 51 was created in the 1950s for testing spy plane U-2 under Dragon Fly Program and reconnaissance aircraft A-12 under Oxcart program. There were many rumors saying that the area could be the place where the Americans were hiding alien spaceships that had crashed on the territory of the United States.
Click here to enlarge top photo!
The documents exposed by the National Security Archive, the CIA for the first time identified the object as an aviation test ground, located about 130 kilometers north-west of Las Vegas strip, in southern Nevada. Area 51 is partially dried-up Groom Lake. The zone is a rectangular area, 23×25 kilometers, the report of 407 pages said.
Archival documents from the CIA said that the lake was chosen as a test site in April 1955 for testing experimental aircraft and arms systems. Supposedly, the acquisition of land in the desert for military test operations was personally endorsed by U.S. President Dwight D. Eisenhower.
Most of the published archive is devoted to U-2 project (names of pilots, funding mechanisms, code-names and operations, cooperation with foreign countries and its use against the USSR). However, the documents contain no mention of either UFOs or secret weapons that, as many believe, is being developed in the zone.
The documents were handed over to Jeffrey Richelson, a senior researcher at the National University of George Washington, in response to his request and on the basis of the Law on Freedom of Information. Previously, the U.S. Air Force has previously rejected all inquires for identification of Area 51.
The fact that the CIA has finally responded to the inquiries is surprising indeed, because U.S. President Bill Clinton classified everything that was connected with the location. In 2003, another former president, George W. Bush, increased the level of secrecy to “Top Secret.” George Bush excluded Area 51 from the jurisdiction of the environmental legislation (both federal and of the State of Nevada), in case something could be found there.
However, the news, in fact, is not news at all. CIA historians Gregory Pedlow and Donald Welzenbach wrote about the use of Area 51as a military base for testing the U-2, A-12 and other aircraft in 1992. Later, in 2002, the CIA published an edited version of the current “report” on 12 pages.
Vadim Chernobrov, coordinator of the All-Russian Public Research Association Kosmopoisk, researcher of anomalous phenomena, futurist and author shared his opinion on the subject with Pravda.Ru:
“A news peg can be made from scratch. Nothing has changed after those statements, since the existence of the military base has never been a secret. Kosmopoisk delegations have been near the zone several times, and there were multiple warning signs in the area. Moreover, the area can be found on the road map. The fact that there were secret aircraft tested there is not news either.”
The news is probably about the attempt to explain reports of UFO sightings. Nobody could imagine that aircraft could fly at an altitude of 20 kilometers.
High-altitude tests of the U-2 aircraft soon led to an unexpected side effect. The number of reports about unidentified flying objects skyrocketed. The report said that “fiery objects” in the sky were nothing but reflections from aircraft engines. What about the so-called “Roswell Incident,” the alleged crash of an unidentified flying object near the town of Roswell, New Mexico (USA) in July 1947? Does it mean that there was no incident at all? The CIA may have not opened all secrets.
Kosmopoisk receives dozens and even hundreds of UFO reports from around the world. As many as 99 percent of them can be explained. One percent remains unexplained, though.
“To say that all of your UFOs are our reconnaissance planes, is at least incorrect. We are always being told what we do not know. We know the capabilities of both Russian and American technologies. I am an expert in aerospace engineering, and I can say that even most secret developments can be hidden from the public eye for three to five years, not longer than that. The UFO phenomenon exists for thousands of years, and it does no matter how many of these cases can be explained. The so-called opening of the U.S. government Area 51 – for me this is not a historical moment. Perhaps, someone played a game of democracy and discovered an open secret.”
The U-2 does not explain most of the observations, Canadian ufologist Stanton Friedman believes. Can the U-2 hover still in the sky or make a sharp right turn and take off from nothing? The U-2 can not do either of these maneuvers, he said.
Source: http://english.pravda.ru/society/anomal/21-08-2013/125459-area_51-0/#