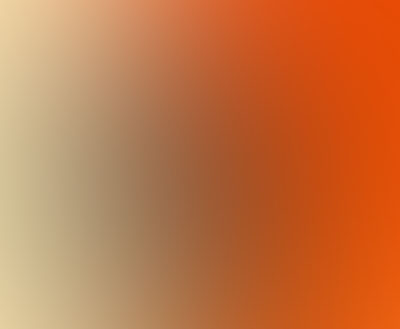 We were also bereaved by the loss of Colin Wilson. He died at the same time as Mandela and yet his demise lead to columnists in broadsheets like The Daily Telegraph and The Independent commenting on his life and work. With impressive speed a Colin Wilson R.I.P Facebook page appeared.

Wilson, you see, was a gem with facets that sparkled into a lot of directions. There he is endorsing Robert Temple on the book jacket of The Sirius Mystery. Then he could be found introducing a book about the serial killer Harold Shipman.  Then again there he is being interviewed for a rock music paper. On TV you might have seen him partaking in an experiment to demonstrate clairvoyance. There is even – that rarest of things – a halfway decent British science fiction film (Life-Force from 1985) that had been inspired by one of his stories. So he was like a zelig of our times, but, in spite of this his life could have been named after his most famous book – The Outsider (1956).

Wilson belonged to that generation which came of age in the nineteen fifties – my father’s generation. He was the last living specimen of a loose group of scribes who the papers had dubbed `The Angry Young Men`. About twenty years ago I made one of their numbers – the playwright John Osborne – the subject of a University MA thesis. It so happens that the city I did this in – Leicester – was where Wilson originated and I would later struggle, as did he, to get out of the place!

America had the Beat generation and Britain had the Angry Young Men. The latter were altogether a different proposition and it is difficult for someone from a country that does not have our class system to appreciate what all the fuss had been about. Suffice to say that they were writers from non-Oxbridge/ Establishment backgrounds reacting in different ways to the grey realities of the post-war scene in the United Kingdom. (Those interested to know more could do no better than acquaint themselves with Wilson’s own study of that period: The Angry Years: The Rise and Fall of the Angry Young Men, from 2007). Wilson felt ambivalent about being bracketed together with the facetious social satirist Kingsley Amis, or the sulphurous man of theatre John Osborne; however, he did respect the poet Philip Larkin simply for being good at his craft and had affection for the earthy Yorkshire author of Room at the Top – John Braine.

As much as he acquired the Angry Young Man label with reluctance, he did set about milking it with great aplomb. He became a gossip section headliner and even a fashion icon. Like the sorcerer’s apprentice, however, he lost control of the magic he had generated and the media glare became a mocking one. He then, quite literally, beat a retreat and relocated to the southernmost tip of Britain, Cornwall. He then lived in a fishing village with his trusty wife and played the role of the exiled sage, a lifestyle he funded through non-stop writing projects.

Two important literary histories of those times treat Wilson as something of a lamentable comic figure. Humphrey Carpenter in The Angry Young Men (2003) makes much of Wilson’s own tactless claims to being a genius. Less friendly, moreover, was Harry Ritchie in Success Stories (1988) which writes the young Wilson off as a sinister crytptofascist.

It is true that together with his associated Bill Hopkins and Stuart Holroyd he tried to set up his own political party called The Spartacans. According to Ritchie they advocated the mercy killing of the mentally ill. They do seem to have had some dealings with one Oswald Mosley, a politician who, in the thirties had gained notoriety for forming the British Union of Fascists  and the Blackshirts. The Wilson trio would later protest that they were concerned only with `religious values` and were not political in the way that some had assumed. In fact, Wilson was a Labour Party voter who lionised George Bernard Shaw, and Holroyd had once advocated World Federalism: it is understandable though that an influential critic from the same generation like Kenneth Tynan would slam them.

Wilson came late to the paranormal. He had reached his late thirties when he began to write about it. Some of this would later involve sifting through press cuttings with his son, Damon, and compiling assortments of strange stories. I have in my possession a small potboiler of his called Unexplained Vanishings. It is cogently written: plain-speaking and far-reaching without being too credulous. It is doubtful that the epic philosophical works that he attempted in his younger days ever really suited him – he even admitted to not being very good at `abstract thought`. In this type of journalism, however, he came into his own. His encyclopaedic book The Occult (1971) many consider to be a definitive source book.

As a self-publicising upstart who was politically incorrect to boot, it is easy to see why Wilson has ever been relegated to the periphery of intellectual life. Furthermore…he went and compounded all this by writing about paranormal phenomena!

As Terence Blacker observed, in a now notorious obituary on Wilson: `Don’t write too much about sex, or crime or the occult…it sits uneasily with claims of literary seriousness`. (The Independent, 19th December,2013).

Colin Wilson, a self-taught son of a factory worker, lived in a quite comfortable way through writing. He was the prototype of many who have followed. It has become a convention, when someone dies, to say something to the effect of `we will not see his (or her) like again`. Yet when I look at Wilson’s successors – the fellow Leicester born David Icke could be seen as one – I am inclined to think that, just this once, this might be true.

Apart from his journalism of the paranormal, Wilson has two other points in his favour. The Outsider can lay claim as `one of the first popular books to make British readers aware of Sartre, Rilke and Hesse` (Carpenter, p-112). Most of all, in an age when despair has been much the prevailing wind he emphasised again and again the significance of those `peak moments` in our lives that make life worth living.

Wilson, Colin The Angry Years: the rise and Fall of the Angry Young Men (UK: Robson, 2007)