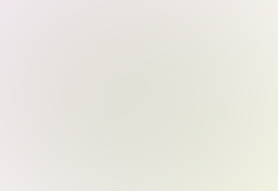 Arnold and his wife were amazed to witness UFOs in the skies over Lawnswood intersection (a very large roundabout) on the Leeds ring road on Saturday Night (27th November) at approximately 11.00pm.

Arnold stated for the record:

“We had been to the theatre and were travelling back but I hasten to add that I had not had any drink! The temperature was very cold; there had been an inch or two of snow. The night was cloudless. There was ice about but the roads had been gritted. Because of these conditions there was little traffic about and we were cruising home. As we approached Lawnswood roundabout from a westerly direction the road rises and as I glanced up I saw what appeared to be flashing lights ahead over the roundabout and expected to see ambulances and an accident perhaps.”

Arnold mentioned this to his wife who also saw the lights. Then he realised that the flashing lights were much too high to be the lights of emergency vehicles.

As the couple got nearer the roundabout they then saw that the ‘flashing’ lights were actually coming from behind the branches of very tall leafless trees, which were on the other side of the roundabout. The lights had only appeared to be flashing because of their movement relative to the motion of these branches.

“When we cleared the trees at the other side of the roundabout we saw a group of five strong clear lights in the sky. The lights were spherically shaped (i.e. did not appear to be throwing a beam) and had a yellowish tinge to them which made me think that we were somehow seeing the reflection of ordinary street lights but when I remarked this to my wife she said it couldn’t be because new lights had recently been installed on the ring-road and were now bright white in colour, not the old fashioned yellow fog-beating street lighting.”

Arnold wound the window down and slowed the car. The yellow globes were still there hanging in the sky. They were in three groups.

The witness informed me that all the lights were identical. There were two almost next to each other on the same plane, similar to car headlights, and another equidistant but slightly higher and appeared further away. These appeared to be quite low – several hundred feet high perhaps. The next light was on its own to the right and appeared slightly higher and further away still.

“The last, fifth light was on the same level as the fourth but much further away to the right. These were not constellations and they were not planets. They were LIGHTS”, added Arnold.

Initially the witnesses rationalised that they were planes but they were completely static or moving so slowly that they couldn’t distinguish it.

Arnold then wondered if they could be helicopters, but the first grouping of three lights was so close as to rule this out. Arnold explained that if they had been helicopters the rotors would have collided and crashed. Also, there was no sound of aero or helicopter engines.

The lights couldn’t be part of one aeroplane because some of the lights were too far away from each other and flight controllers would not allow several aircraft to manoeuvre in such close proximity anyway.

It was a “mystery” said Arnold.

The sighting area is, I am advised, principally residential though there are open fields nearby. There are also no industrial complexes or other emplacements, which would require any aircraft to hover or land.

“The lights remained hovering in this formation all the while we were travelling past them (perhaps a minute). My wife watched them until we turned the next bend and lost sight of them. They remained in their relative hover positions throughout.”

Arnold told me that he expected there to be lots of reports of UFOs seen in the sky the next day, yet so far there haven’t been any.