Did JFK Deserve to Die?

A New Book by Robin Haines Weighs The Question

(Free PDF Copy for Readers of UFO Digest, details below)

In a year that has seen a plethora of books of every kind on President Kennedy’s assassination, with over 40,000 published in the past 5 decades, one book that I have read this year stands out for asking a remarkable question:

Did JFK Deserve to Die?

A new book, researched and written over a span of 35 years, by author Robin Haines, explores that very question in detail.  The author contends that in the context of the times (i.e., The Cold War Era) and in view the national values and official diplomatic, national security and military policies of the United States Government at that time (i,e a worldwider confrontation with Communism and Mutual Assured Destruction in nuclear war),  JFK’s actions during the last year of his life were (rightly) viewed, Haines ssserts) as high treason when seen through their eyes by the powers that were the Military Industrial Complex, against which President Eisenhower had so wisely warned the nation in his final address to the American people. 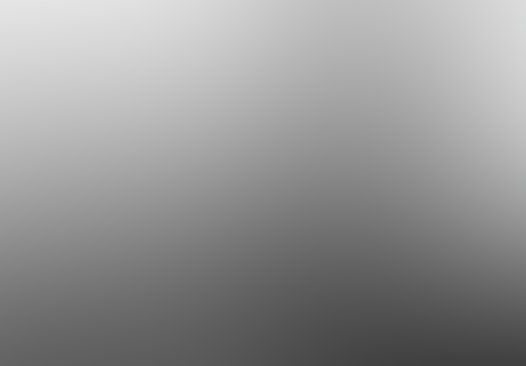 It is certain that the American power elite, including people like CIA Director Allen Dulles, General Richard Cabell (sacked by JFK), General Curtis LeMay, General Erwin Walker (sacked by JFK),  J. Edgar Hoover, Richard Nixon and Lyndon Johnson viewed John F. Kennedy as a traitor and a Communist sympathizer (if not a subversive agent of The Red Menace).

Although I do not agree with the opinions of the men listed above, and take exception to some of Robin Haines’ theories about who conducted the assassination in Dealey Plaza, I believe that her argument deserves scrutiny and due historical consideration.

As an avid and lifelong admirer of John F. Kennedy , I take exception to the notion that JFK was a “traitor,” and I reject the idea that he was a Communist  or a Marxist sympathizer.  John F. Kennedy absolutely despiized Communism, defining it, exposing it and decrying its subversive methods, thereby, clearly  rejecting every bit of it explicitly in his Anti-Secrecy Speech in which he condemns it, its tactics and methodology.   However, in a free and open society, we should be willing to hear other opinions and ideas on why and how JFK was killed and by whom.

For we are opposed around the world by a monolithic and ruthless conspiracy that relies primarily on covert means for expanding its sphere of influence–on infiltration instead of invasion, on subversion instead of elections, on intimidation instead of free choice, on guerrillas by night instead of armies by day. It is a system which has conscripted vast human and material resources into the building of a tightly knit, highly efficient machine that combines military, diplomatic, intelligence, economic, scientific and political operations.

Its preparations are concealed, not published. Its mistakes are buried, not headlined. Its dissenters are silenced, not praised. No expenditure is questioned, no rumor is printed, no secret is revealed. It conducts the Cold War, in short, with a war-time discipline no democracy would ever hope or wish to match..

In reviewing the President’s speech, and hearing the excerpt above, one could argue that JFK was, indeed, America’s first “Conspiracy Theorist.”

“…we are opposed around the world by a monolithic and ruthless conspiracy  that relies on prmarily covert means for expanding its sphere of influence,…”

“Click this link to hear  the most  pertinent segments of JFK’s speech.-> http://www.youtube.com/watch?v=8tkEYPsbbkY

Clearly, President Kennedy was neither a Communist nor a Communist sympathizer.  Quite the opposite, JFK was the ultimate “Cold Warrior,” but  he was a “Cold Warrior with a Conscience,” and like any sane man, unwilling to unleash nuclear holocaust upon Mankind.  President Kennedy was seeking and pursuing every chance and opportunity to defuse the threat  of global nuclear war, which he predicted “would be a war in which ‘Victory’ would be but ashes in the victor’s mouth.”

I believe that Robin Haines book is unique in daring to discuss the above described  topic, which she views through the lens of  American history as seen in the context of the 1960s and the values of the times.  Ms. Haines book provides insight to help modern day Americans to understand the extreme dichotomy of political views that were prevalent during and after the Kennedy Era, views that wer particularly vehement in Dallas and the American South at that time.

It is not an insignificant fact that President Kennedy’s assassination coincided with the 100th anniversary of the Battle of Chattanooga, after Gettysburg, the worst defeat suffered by the Confederacy, a defeat that marked the death knell of the Southern rebellion.

Neither is it an insignificant fact that Jacqueline Lee Bouvier Kennedy was a direct line descendent of Robert E. Lee, and that John F. Kennedy may have viewed their marriage as union that could symbolize the harmonious reunion of the North and South.  Alas, that was not to be.

Not quite a century had passed since The Civil War in 1963; as the war had ended in 1865.  The nation’s wounds from that war were not yet healed and some the South were still bleeding, leading to the violent clashes over Civil Rights and appeasement of Communism.  The slogan “The South Will Rise Again” was prevalent, resounded and was echoed thoughout the South as a regional saying, common wisdom, and for some radical elements like the Ku Klux Klan and The Minutemen, a clarion call for revenge against the North and all things and persons “Northern.”  In those last months of his life, JFK was viewed as the epitome and the embodiment of that Northern power that still oppressed in the South, and which Southerner still viewed as an army of occupation. 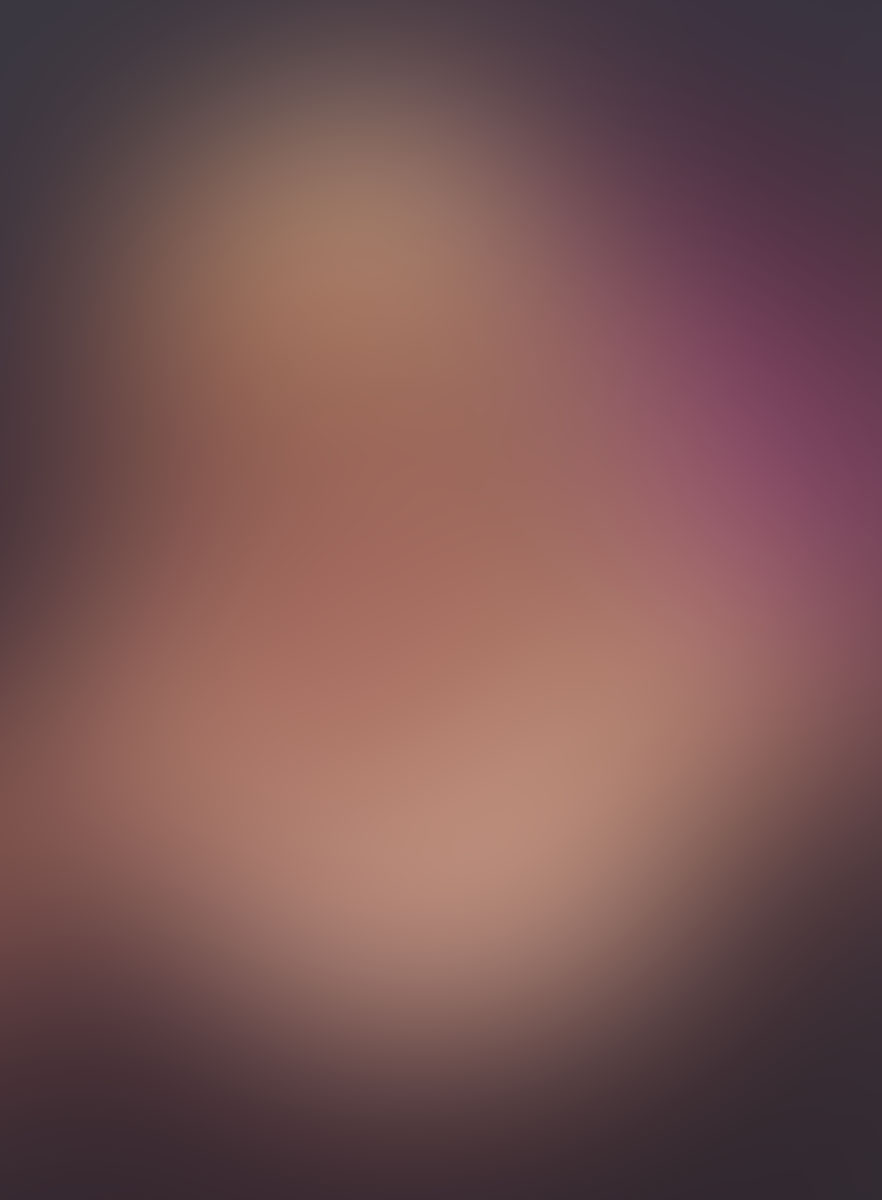 Author of “Probable Cause”

To commemorate this anniversary of the JFK Assassination, Robin Haines is offering a free PDF copy of her book to our readers that they may read her thesis and consider its premise and its deep implications.

For a free PDF copy of  “Probable Cause” send an email to  Robin Haines at   “Robin Haines” <[email protected]>.

Among the many rare documents (suppressed by the Warren Commission). which are  provided in “Probable Cause” in support of her premise, Robin Haines provides as proof this remarkable note written by Lee Harvey Oswald to E. Howard Hunt, linking Oswald directly to the CIA in   just 2 weeks before the President’s assassination, written on November 8th, 1963.  That is the same day that Lyndon Johnson held a “Pre-Election Victory Party” at Jack Ruby’s “Carousel Club.”  That is correct, LBJ celebrated his “election” 2 weeks before the assassination in Dallas, and a whole year BEFORE the 1964 Presidential Election (cited in Madeleine Brown’s “Texas in the Morning”). 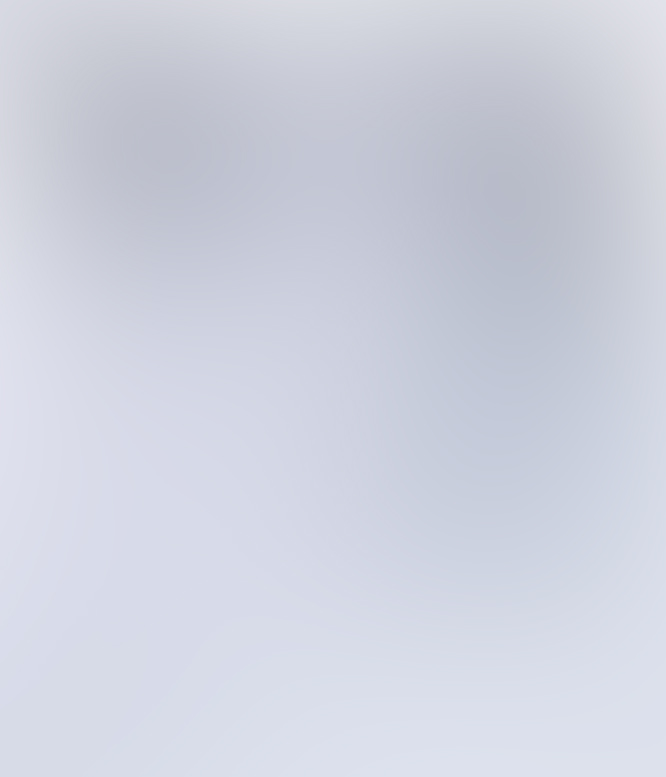 Note the interesting vocabulary used by Oswald, which betrays a conspiracy of several individuals in killing the President in his note to Hunt, who confessed on his death that he had been active participant in the plot to kill JFK.

…”We discuss“… “My position” … “before any steps are taken by me or anyone else.” 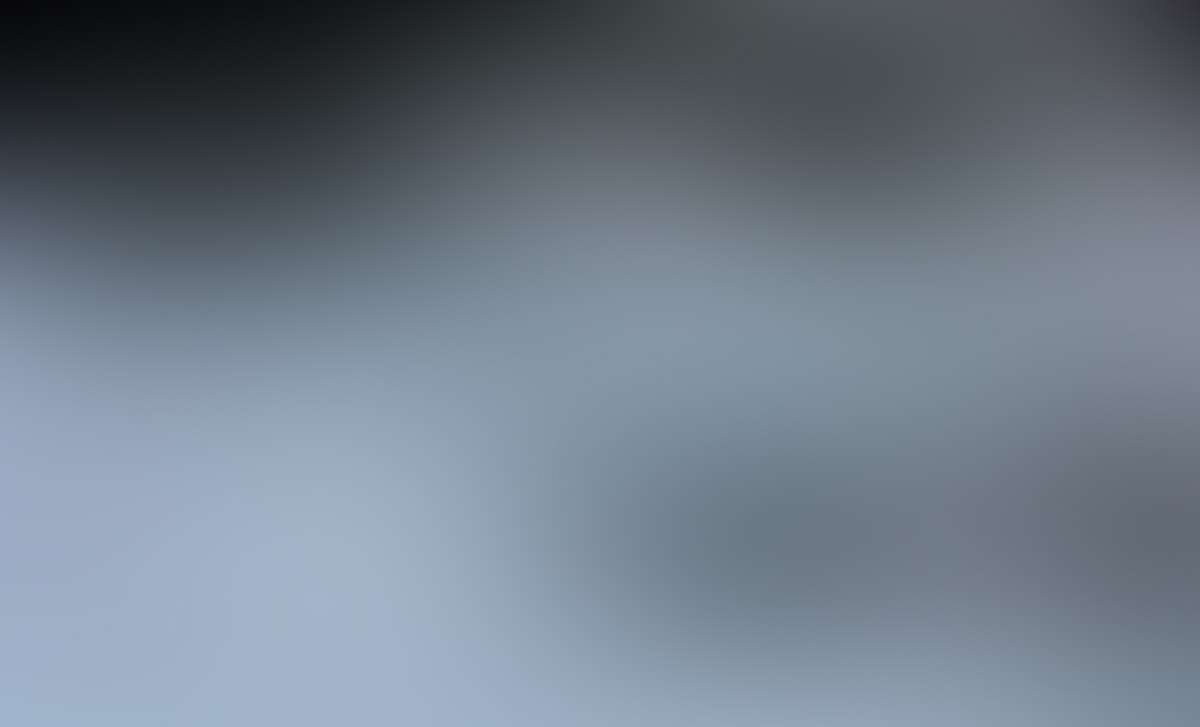 The LongSought "Smoking Gun Photograph" of the JFK Assassination

This screen capture photo, shot and enhanced by this writer in October 2013, marks the discovery of the long awaited  and literally “Smoking Gun Photo” of the JFK Assassination, found after 50 years in  frames of the Nix Film.  This image proves that a conspiracy of several people led to the  assassination of  the President.  Furthermore,  that trail of smoke and tracers seen in the upper left mark the bitter end of “The Magic Bullet Theory,” and sounds the death knell as well of “The Lone Gunman Scenario,” further supporting the innocence of Lee Harvey Oswald in the killing of the President.

The blast of the rifle fire from the Grassy Knoll,which killed President Kennedy in Dealey Plaza, was captured  on 8 mm. film by Orville Nix in the opening frames of the Nix Film of the JFK Assassination. Until this year, this rare film was very tightly zoomed in or cropped whenver this film or frames from it were shown on news and televison documentaries. This censoring technique was employed in many instances (with other films and photos) so as to exclude the region of the Pergola Porch and Grassy Knoll specifically, the site from which the mortal blow was struck upon President Kennedy. 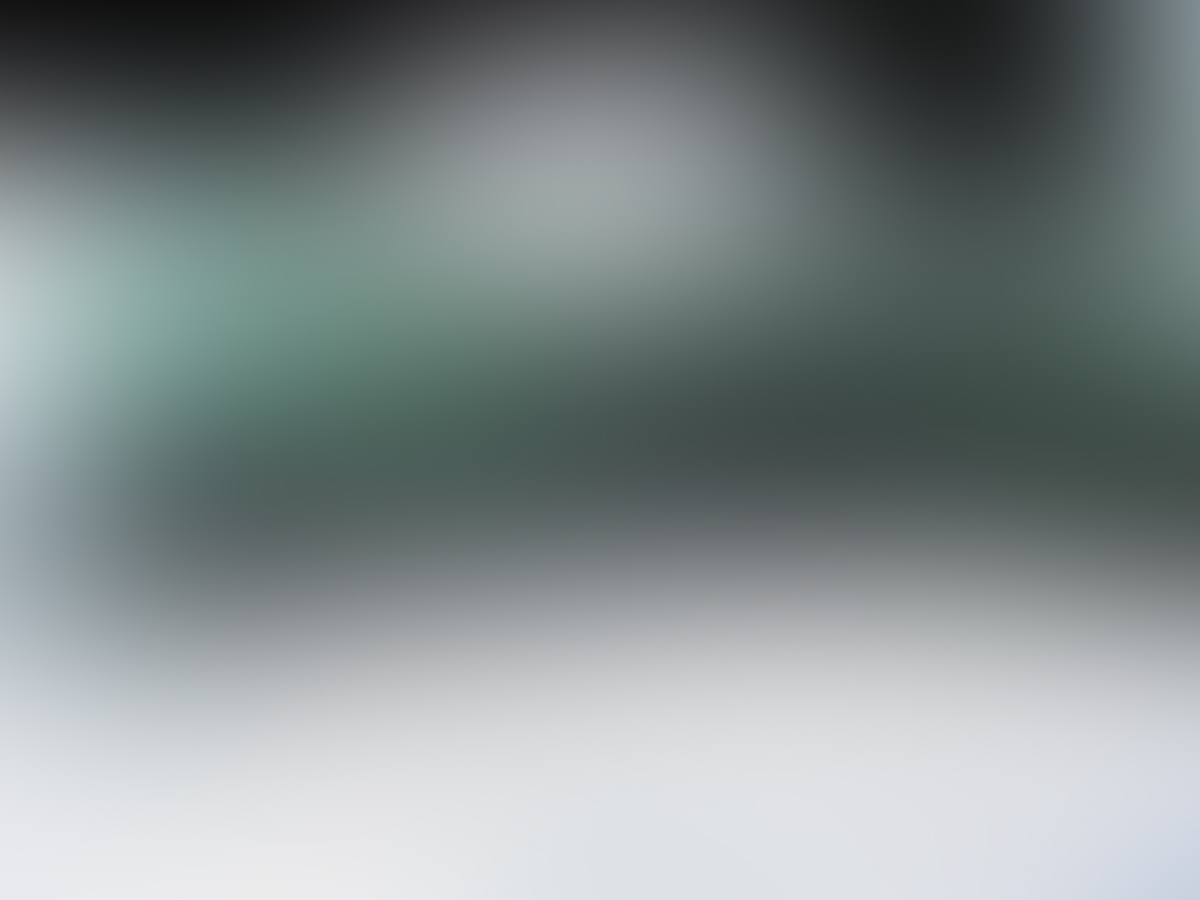 One can actually place a ruler or a straight edge upon the large trail (seen in upper left in the wide view photo as the trails cross the concretre porch of the pergola to track the path of the bullet that killed the President directly to his position in the limousine.  This proves conclusively that the shot that killed the President came from the front and not from the Texas School Book Depository.  That is the site to which scores of people ran, with many others pointing to the site from which they’d seen the blasts and smoke trail shown above.  One witness described it “as if a steam pipe burst”.

Is that not exactly what we are seeing in the photo above, atmospheric trails of “steam” left by hot bullets?

Condensation trails are made of condensed water vapor, another form of “steam” form as hot lead steams the air, followed by a rapid drop in temperature and air pressure, which cause molecules of water in the air to condense suddenly, revealing the trajectory of the bullets fired with a direct line to the target, but more importantly, when reversed, the trails back track to the source.This single frame of film exonerates Lee Harvey Oswald and debunks the Single Gunman Scenario.

“Thou shalt know the Truth and the Truth shall set you free.”

The Gospel of St. John & The  Motto of the CIA 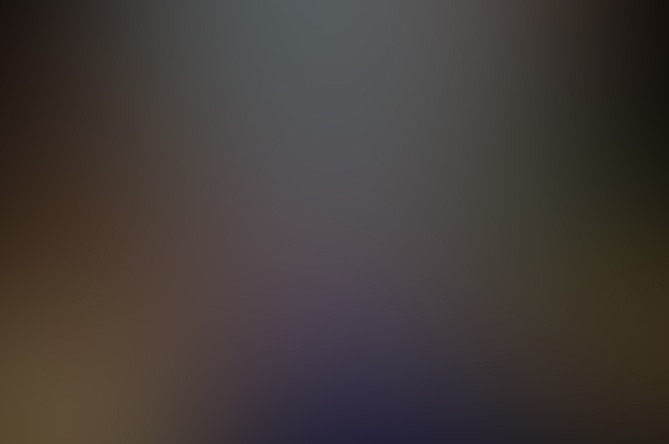 Justice For JFK will come to pass