UFODigest.com » Aliens and UFOs » DO ETs HAVE A SOUL ? 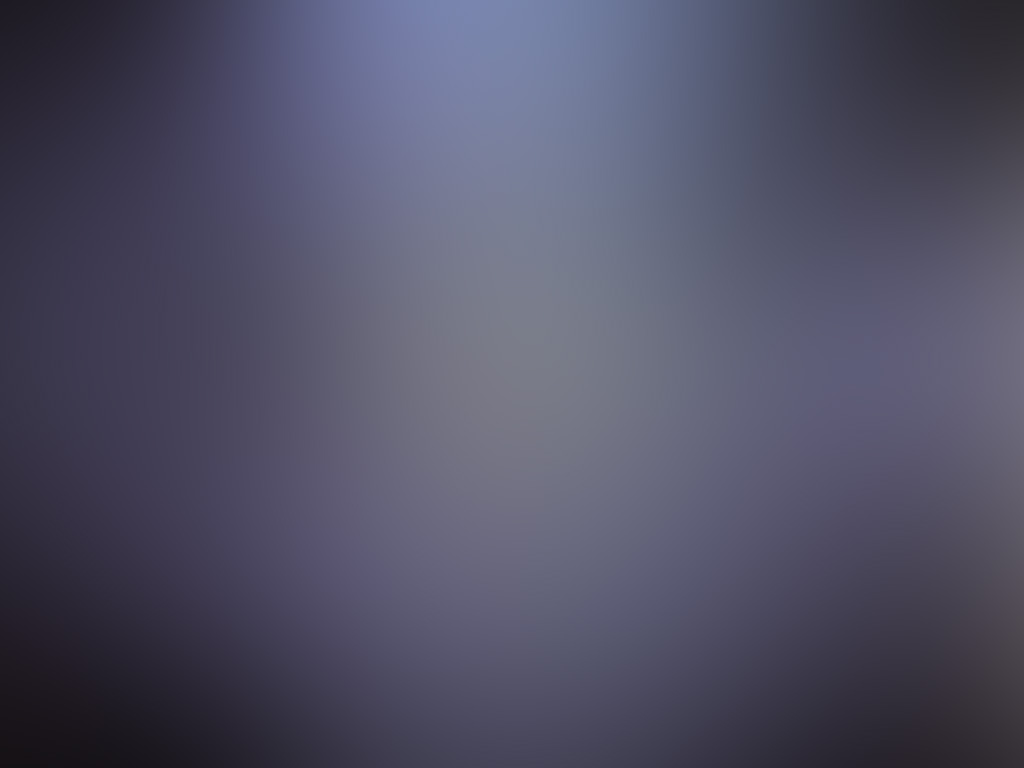 While reading my emails I came across one   from a my reader I found very interesting. Her email was short and to the point. She asked me a question that I kept thinking about until I decided to answer her with this article. I wanted to ask you who read the articles of the paranormal what your thoughts may be too?  I will tackle Jo’s email to the  best of my ability . Below find her email:
“Hi Chris,
I had a quick question for you.  (I’m a huge fan of your site, by the way.)   What do think of people who believe that they have an  ET soul?  In fact what do you think of ETs having souls in the first place?  Kind of like what Brad Steiger and Scott Mandelker  talked about?  Could that be possible? I believe they also call them Star seeds as well as  ET Wanderers.
I would love to hear your thoughts on this.  Thanks so much!
Take care.
Jo “
When Jo sent me that email I had to laugh . If that was one of her quick questions I sure would not want to tackle one of her in depth ones!
I thought a great deal about her question and will do my best to answer her with my opinion of this subject.
It is not the first I have heard or read concerning this topic. It certainly is one however that requires a great deal of thought.
I realize that this topic can be digested by  both the emotional view and the logical view.
I believe those with a need for this to have a positive end point will bend to the belief that aliens do walk the earth for the purpose of helping mankind.
I also would think there are those who think aliens are walking this planet for nefarious reasons which include harm or destruction  to our species .
The view of logic is a more black and white road. This of course would have a yes or no answer . The one view would be that the idea of non human souls in human bodies is impossible and the other that if it is alien so is the body even if it looks human.
My opinion of this topic is a mesh of some of the views I have encountered as well as a rejection of  others.  I do believe that aliens walk this earth with us. I do however believe they are not human, do not have human biology and do not take over our souls . I think they have their own souls and I do not think swapping souls is as easy and simple as many people think it to be.
I tend to not believe that aliens try to share our human bodies or inhabit them. I do think that there are aliens that  look very much like humans who are walking with us on this planet. I also think aliens can alter their appearance to appear human. I do not think however they move into or come in to our bodies in birth. I think souls are following a design in the universe that is meant to be. I tend to believe souls follow a line of experiences that end in a level of achievement for the soul .  It may well be that those living a human experience are on their way to a higher level however we are as humans still low on the ladder- soul and all. 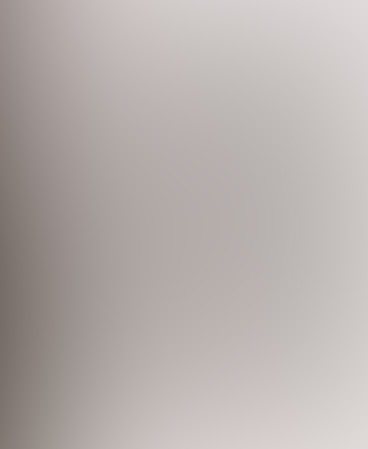 It may be that those far more advanced are  far older members of our cosmos. I do not think they would want or need to experience the human soul experience as chances are their souls  already have. They may be much further along  in  their life energy’s journey through space , time and dimension.
Aliens surely come in many forms. There is no reason why another species of life could not look very close to  us. If they are not exact to us I am sure it would be simple for them to change or adjust what they needed to in order to fit in with us.
I think there are other life forms living with us. They may look very human or be altered to fit in as well as walking among us in alien suits that look human . If a species is advanced enough to traverse space and time it is smart enough to devise a suit or robot covering that looks human for them to wander this earth with ease. 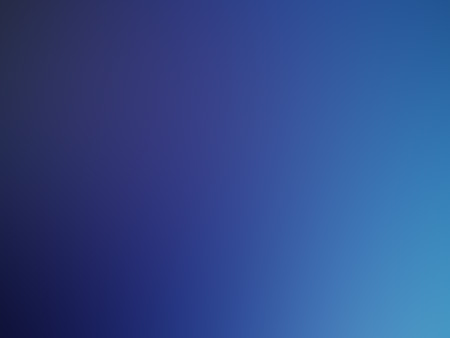 I do not believe it is very likely  alien souls replace human souls or take over human bodies.
It may be possible aliens have spliced or integrated with humans  creating a  hybrid. It could be aliens who abduct humans invade the biology of those taken with increased brain ability as a result. This would explain why many abductee’s are extremely bright humans. I also believe it is likely that aliens plant  their views of our planet in the minds of those taken.
If  hybrid human / aliens do exist I realize the immediate thought would be  their souls are part human and part alien.  I believe this  is unlikely. I think it more likely if this one soul would be the deciding life force making this being more human or alien . I doubt a soul can be split or homogenized . Of course I have no idea of knowing as I am merely a human and we are extremely primitive and  low level in our understanding of the universe. We do not understand our own planet very well. To think we could grasp a subject as complex as our life energy, our spirit or soul seems  far from our understanding at this point in time.
The only opinion I strongly hold is that  alien interference with the human species is for the aliens benefit. If they are here walking with us they are doing so for reasons of their own that have little to do with us. Humans are not overly important to aliens. They are involved with us for alien reasons and should never be thought of as God like or our saviors.
Aliens may be here as a school study or to live among an ongoing experiment . They may be studying ancient civilizations and walk among us as we would if we could return to living thousands of years ago on this planet. For them living with us would be like our living with the cavemen or in Ancient Rome or Egypt.
I do not think we are being visited for the purpose of helping mankind. It is not the job of our visitors to fix our problems or interfere with our development. If  aliens were here for the benefit of mankind I believe we would be more advanced in whole as a society and far from the violent killing machines we seem to be, I would think we would be far more civilized if aliens were here to  interfere with our development. I do think they have been here for thousands of years and have taught us things along the way however the ways we advanced by way of alien visitation came about clearly due to the face it benefited the aliens while they used or visited our planet. Our evolution as living thinking beings is left to our own devices. Sadly we seem to be slow advancers staying stuck in war like thinking of those living on a unbalanced civilization where some starve and die while others prosper and live in wealth and luxury. Until we stop killing each other and have a more of a basic balance and control of our own planet we will remain the bottom of the ladder as far as our cosmic neighbors are concerned.
I would think that the universe and the experiences of the life forces in all things living in this universe are different and at many levels for many reasons. Knowing life starts in the human species  as an unexplainable injection of energy at the moment of human conception makes me believe that the universe, a intelligent massive controlling ultimate force that provides the energy or souls for whatever species or life form is being born in to this universe. In short all beings that live have some kind of soul that is needed for their experience of life in the space of our universe. The souls are most likely as different and varied as is the form of life however all life lives for reasons we are far from being able to fully understand.
The life forms exist in this universe on many levels and degrees of development as well as time alive in this universe making other beings or visitors far more advanced than human beings .  Knowing this we can understand why we may seem to those far more advanced more like  lab mice and test monkeys are to us. I agree fully with Stanton Friedman who answers when asked why aliens do not talk to us with the response ” Aliens do not talk to us for the same reasons I do not talk to the squirrel’s in my back yard!”
As far as souls. I think we have our trip through life as a human with our  human level soul . We will move along to another place or existence when our time on this earth ends. There is no reason to not believe that alien life forms are also walking with their souls along whatever point of the journey their souls are meant to travel. It  may be  likely all our souls will travel many roads. I just think humans are a starting point and mankind a low level form of life in this universe. As far as swapping souls I believe we all keep our own souls and travel our own journeys no matter what species we may be. 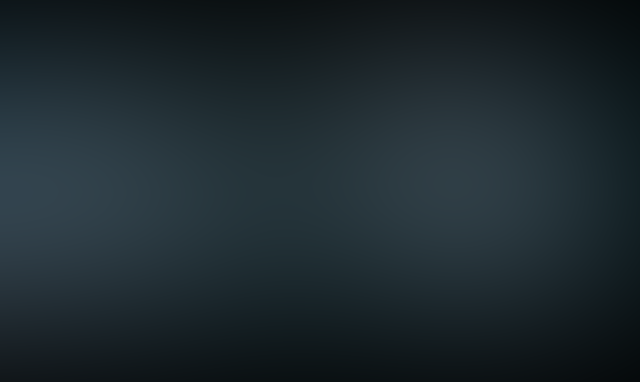 Of course I  may be wrong about all of this. Until we advance enough to join those who are able to travel the stars we will have to wonder about many of these things.
I hope that adds another view to this topic . If enough of you send me alternate views I  will gladly compile and  present them  in a  future article . Remember the topics of the paranormal are simply unknowns we do not yet understand so please keep your thinking clear and reality based.  Hollywood and Sci- Fi  TV have already  done enough damage to all these topics.
For now contemplate the possibilities and pay close attention to the souls who walk among us . Is that a human your talking to or is it an alien in a humans disguise ?  Look carefully and decide for yourself!
♥ Copyright © 2011-2015 Chris Holly’s Endless Journey with the Unknown http://endlessjrny.blogspot.com/
email [email protected],com\