UFODigest.com » Science » Space » NASA » Do you believe the number of UFO sightings has increased or decreased over the past year? 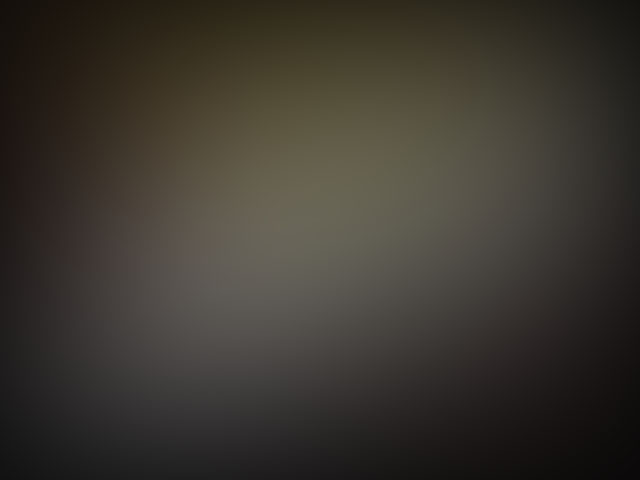 I have received emails lately asking if I thought the amount of UFO sightings being reported over the last year have increased or decreased?  Of course I have no answer to this question as I do not have any place to search for the answer.

Obviously the subject of having organized professional accurate organizations to report sightings or strange encounters with unknown crafts or beings is non-existent. The government, military, aviation organizations and universities along with any private scientific agency want nothing to do with the UFO alien subject. The media has been trained to treat it as ‘you’re crazy’- light hearted, ridiculous, funny nonsense and we all stay exactly as we have been since mankind has been seeing these unknown crafts which is deaf dumb and blind to what they are and who is behind them.

With Robert Bigelow now running our space program, through his private companies, the matter of being forth coming about mankind’s knowledge of UFO’s and aliens will now be handed off to the private sector and Mr. Bigelow.  Late on Easter night Coast to Coast interviewed Mr. Bigelow about the subject of space exploration, UFO’s and aliens. The man was very honest and admitted that UFO’s do exist as well as aliens and openly discussed it on the radio show. The problem is it aired late at night after a long Holiday weekend when the listening public was mainly sound asleep leaving only a few to hear this remarkable show. It was incredible to hear this man openly discuss the existence of other life forms flying our skies and visiting our planet. It was equally incredible it was done at a time the least amount of people would hear it.

I thought for sure his interview would have been worldwide news. Here the man who is going to take over the privatization of the space program of the United States of America openly told the world yes there are UFO’s and aliens and the world not only missed it, but ignored it. I was stunned to find not one mention of the show or his amazing words nowhere to be found the following day or for that matter at all anywhere!  How can this be?

I decided to ask around in the paranormal UFO community what they thought about the issue of sightings decreasing or increasing. I soon found that even those who work with these subjects daily did not have a good answer to that question.  I realized trying to gather the information by my own research was impossible due to the splintered scattered manner in which society has come to deal with it. It is simply one huge disorganized massive mess.

The problem is that we do not have one proper place known to the public to register a report of seeing something they could not identify. We do not have a serious research center where trained professional people can gather and digest what the public is seeing anywhere. This I believe is a planned situation that keeps society from collecting the information needed to properly understand and deal with as reality the subject of UFO’s and those who pilot them. As long as we are scattered and continue to laugh it off we (society) does not have to be dealt with, handled or controlled as we would if we did know what is going on.

I had a conversation with two of  my peers and friends Randy Maugans of Off Planet Radio and Ken Pfeifer from the World UFO Photos and News site about this subject. They both have been involved with and have a long time deep understanding of these subjects by research as well as personal experience. They both agree with my thinking that the main problem with our understanding of UFO’s and aliens is rooted in the fact that there is no central place for proper data gathering by qualified people in order for mankind to figure out and handle as we should this important area of the unknown. The fact that UFO’s exist should be clear to everyone as well as knowing who is piloting them. The fact that we act as we do for me has always been as strange as the actual events being reported. The public’s reaction to the subject of UFO’s and alien existence is one of built from fear of ridicule , fear of what may be ,as well as brain washing by the media and government that  staying ignorant and blind to things considered unknown is the way to go.

In order to gather an answer to the question concerning an increase of decrease of sightings of UFO’s over any given time period is impossible due to the fact that people report what they see to many different places. MUFON was once a go to place for sightings however the organization was truly only known to those who followed the UFO subject. The average man on the street did not and still does not know what MUFON stands for or what it is. The problems within MUFON over the years have grown to the point that it now seems to be ignored by most due to its inter turmoil and lack of management. MUFON could have been the world’s greatest reporting agency had it been trusted to those who were educated in the proper ways to do things as well as having real experiencers on board to help with those reporting upsetting events with these unknowns. It also needed inter net trained professionals who could handle and categorize levels of reports from possible fraud to those that seemed to be excellent in quality. Throwing it all in one pot does not work. Sending out investigators who have no background or training does not work and handling evidence without correct methods was just sinful. MUFON needs to stop what it is doing and start all over with paid professionals in different areas handling the data.

Along the way thousands of web sites, blogs, including my own have flooded the internet all wanting those who have seen things to report it to them. Other UFO reporting sights have opened all trying to handle the subject but without proper staff and time making it impossible to do justice to the task. What developed was a free for all of people reporting things in so many places that it became impossible by this design to gather any idea at all what was really happening out there. Add in you tubes galore and we find the subject of UFO’s and aliens as well as all the other paranormal subjects spread out in so many millions of separate reports and information that it is impossible to get a handle on what is really happening.

My guess would be that UFO’s, as well as alien encounters are ongoing, worldwide, and growing however we have no mechanisms in tact to collect , understand or research the data at hand. The information needed to solve the mystery of what lives here with us, observes and takes some of us remains unknown and ongoing due to the lack of having a department or well organized agency to deal with it. Of course I believe this is exactly the way the controlling forces in our world want it to be. By the hands that have kept us deaf dumb and blind to these subjects they have also built a society who may very well panic and cause civil unrest even social collapse if they were suddenly told that  UFO’s and alien life forms are real. I believe due to the fact we have been brainwashed to follow an ignorant view in our thinking on these subjects that total panic would take place if it became our next breaking news story.

It seems that instead we are slowly being spoon fed pieces of the subject in order to slowly bring the fact UFO’s and aliens exist to society’s attention. The conversation on Easter night with Mr. Bigelow was one of those small doses of truth that by and large simply went unnoticed.

I wish that there were funds and someone be it private , governmental or educational that would build a true reporting agency using people who understand this subject as well as those educated in the areas to sort out the data gathered from real truth to pure fakes so we can go forward in understanding what is happening. I for one would like to know what it is and who it is that flies at will across our sky. I would like to know who or what it is that takes at will innocent people and uses them for purposes we do not understand. Our harsh treatment to those enduring these events has been a shame of society for way too long and it is our business to find out what is going on and our job to protect them which we presently do not do.

Until these things change I doubt we will ever know if UFO sightings are on the increase of decrease as well as not knowing if more people or less are being kidnapped and abused by unknown invaders.  As long as it stays a disjointed convoluted mess without a method to collect real data in a general place we will not benefit from the information being reported. When I think of the data that has been lost due to our bungled handling of these subjects I can only cringe.

All I can do is place my opinions down on paper and hope one day somehow somewhere this will change and we will finally advance on a path equal to those who are visiting, observing and abusing us for their own agendas. I am sure the aliens visiting us find humor in our primitive close minded juvenile approach and handling of things we do not understand.