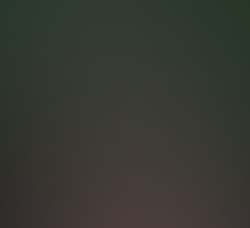 I include the following brief summary as a well-meant warning, because if we allow fundamentalists (of any denomination) to grab the moral high ground then ultimately we sacrifice freedom of speech.

CONTROVERSY AND CENSORSHIP TEND TO WALK HAND IN HAND AT TIMES.

It is most instructive, and also to be expected, that when a rational debate turns against a clandestine fundamentalist with a hidden agenda, they frequently start waving the imperial finger and quoting passages of scripture at their dissenters.

The passages they utilise are taken from one of the most rehashed, man-made books in human history, i.e. the Bible. Of course, other so-called holy books are utilised in the very same manner by other radical fundamentalists yet I highlight the Bible here as being the most widely-accepted religious paradigm closest to home.

Much that western fundamentalism takes for granted about the mythical saviour figure within this synthetic manuscript is pure fiction that was created by 1st century myth makers, who also held concealed agendas. The Jesus figure himself is uncorroborated in any proper historical sense, yet taken for granted as some sort of bona fide person by many. This figure, along with his calendar, is transparently based on a much older Pagan agricultural schedule, which is a point easily validated for anyone with a genuinely open mind. Our entire society is based on primordial lies, the latter chronological point remains as one of the more obvious ones.  Politicians and priests do a great job of keeping monotheistic fables alive, because it aids their biased schedule when grabbing the moral high ground on many issues.

The Church, along with the bishops and barons have clearly done a most excellent job of successfully  indoctrinating millions throughout the ages to promote their own sectarian programme of mind control over the credulous masses. As we know today, those who failed to share the repressive ideals of fundamentalism frequently ended up at the end of a noose or on a blazing fire.

I must also say that explaining these facts of life is in no way an attack on anyone’s religion. If they wish to permit themselves to be hoodwinked by such man-made, religious credos then that is their right, which I fully support.  Alternatively however, it is unmerited for the irate fundamentalist to cry ‘foul’ when anyone dares to simply question their easily-dismissed belief structure. It is equal to censorship over freedom of speech when they take such a dictatorial stance.
Personally, I have had the great satisfaction of helping many so-called Born agains, Catholics, Baptists, etc to escape the apparently hopeless bondage of their alleged faith over the years. For the liberation this action has created I have been thanked profusely. I must also state that this ridiculous  turning the other cheek philosophy is the refuge of the coward who is not prepared to sincerely defend their self, family and others who they claim love. If a violent man stabs you in the face then to offer the other cheek is tantamount to committing suicide. Not a very sensible thing to do in my book and an act that spits in the face of human self-preservation.

Controversy and disagreement are essentials that can lead us towards greater truths. Without controversy we have blind censorship and book (and people) burning. Without disagreement we are taken into the realms of theocratical mind control.
I write on both fiction and controversial reality, which does admittedly ruffle feathers at times. Many in positions of power have tried to censor me over the decades for this position, yet that is the nature of fundamentalist thought process. I have recurrently however discovered that the truth often resides in the opposite. Hence the desire I have met from numerous, previously staunch, fundamentalists who have initially attacked my stance, yet later thanked me for assisting them to escape the thrall of mind-control they have been labouring under.

Challenging sightless belief structures to help others escape from their faith yoke is often misconstrued as a radical or even callous action. This is of course quite understandable as the indoctrinated beliefs are held most dearly by the naïve adherent.  However, nothing could be further from the truth. My personal aspiration is to merely facilitate in the spiritual liberation of other folks who may have fallen into the well-tested, old trap of religious dogmatism.  Consequently I consider this to be an act of unmistakable generosity and goodwill to other members of our wonderful species. Hatred toward blind, ferocious fundamentalism will never totally cure it. Pouring petrol onto a fire simply creates a larger blaze. Education is the key that opens the door to deliverance for those unfortunate souls stuck in the hopeless rut of unquestioning, religious faith.

I include the above in the gracious spirit of respect for my fellow man and hope that my simple words may inspire others to basically ‘THINK FOR THEMSELVES.’

Cut out the trained, grinning ‘Middleman’ in the dog collar between you and your god! The only priest, or priestess, required is the one waiting patiently deep within your ‘own’ heart.

That, my friends, is your ancient and most sincere spiritual birthright. It is yours; take it today, before someone else does!

2 thoughts on “Escaping The Yoke of Fundamentalist Faith!”