UFODigest.com » Aliens and UFOs » ET Spirit Dimensions of the Ascension Age of The Omniverse

ET Spirit is real and is related to that of the Ascension Center Enlightenment and the Ascension Age Alignment of all the universal knowledge we plan on sharing about dimensions and time among other new wisdom. Some will see that we welcome the ancient mystery schools to be open during this Age of Revelation to all.

There is an energy movement that we call Ascension which is a term used on earth for the raising of our consciousness of our future spiritual paths. There are many back stories and versions of the theme of what was the original ascension path. Most of us who are of the old path of Christian-Pagan upbringing will agree that it most likely began with those who we once considered the Gnostics. Those past scholars in the last century could never agree on what the entire Gnostic beliefs really are. Like all one word tagged groups as believers, they have gone the way of other past energy faith movements. That of the Ascension Age has not yet begun.
Many of the “Baby Boomers” will want to share that the “Age of Aquarius” gave us new ideas we called the “NEW AGE” which also has various back stories on the theme of what the new age really was about.
Faith is a wonderful thinking spark of enchantment for those who believe in magick.
There is a renaissance or rebirth of our spiritual awareness.

Many will claim this is like the 14th to 16th century on earth while others will say that the 21st century will be in the energy grid more aligned with the 12th century which in numbers is a compliment or to see and say 12 in reverse in 21. Numerology and algorithms are a part of this world and work which we plan on sharing with our new way of using our minds.
We are going to learn about the various dimensions and how to know more about spatial revelations we now regard as time.  More on that later. We will have to take this energy rather slow like learning to build a house. This house will be strong and built on a firm foundation.
Part of this way of thinking incorporates the Tectonic Economics of our creation masons on this planet. We do not want to lose what mother earth may reject. What has not pleased her in the past has been taken away. One hint of how Mother Earth can rebel against our creations has been seen in the past with earth quakes, tsunamis and what we call natural cataclysms. We will soon learn that the Ascension Center is about what is in the middle of the four corners of this planet which is the glue and what our Mother or home planet will allow to begin in this Age of Revelation we are creating together as one. We must honor the mother goddess energy this time around.
We of the Ascension Center Organization will now join forces with the ET Spirit Organization, which also follows as the “Children of the Light”.
We are all those who believe in ASCENSION and that Alien Civilizations Exist. We accept that there are many who desire to assist on this planet in the transition and shift and uplift of what we call the ascension process. This is also called the awakening of humanity. Some desire to link their light as we have done in the past. The social networks of the Internet are a great way to start. Some will simply offer their alliance through their own energy created organizations. Therefore we offer an electronic connection over the web or Internet inside the matrix.
We also believe that there have been many wonderful Avatar Masters.
One who we choose to believe in was called Jesus Christ. We also believe in all the clues and proof left behind to define this mortal plane and dimension we call a three dimensional world.
While we are here, we also recognize one and two dimensions as well as the fourth, fifth, sixth, seventh, eighth, ninth, tenth, and eleventh dimension.
The Twelfth Dimension is reserved for those of the Supreme Beings.
The Thirteenth Dimension is outside of the Omniverse realm and we are not able to understand that above the Supreme Beings of the outer Omniverse at this time. The Thirteenth level has been reserved for the outer all Omnipresence’s of all the universes, multiverses (polyverse), metaverses, xenoverses, and omniverses.
We share the various levels with all those who work in the various planes, dimensions, and what we now call time, spate-time, astral time, and what we believe to be our conscious existence relating to those who are our Time Lords.
The Time Lord of our present state of being in body-mind-spirit we choose to share as that of who comes in goes in the omniverse as the Holy Spirit. Those who are of the children of Light choose to claim the iconic name of Jesus Christ as their Lord and Master of Light and whose protection through their faith they can be protected while here in this earthly plane from evil. We choose to emanate his example in this level of three-dimensional brain training while we exist in body-mind-spirit. We call this whole life living.
Those who we believe in that evil of which Jesus could cast out demons who are of the malevolent creations are known to exist in this plane or in this three dimensional world. We choose to protect ourselves in the light.
We have had our “Loose lips sink ships” campaigns to keep our military personnel quiet. This technique still works today among most our young military personnel that are trained for their time in service. Those who are given clearances are allowed to know only what is needed to know to perform their duties while in the service to their government.
Then when they are released, they are debriefed and asked to sign nondisclosure agreements or confidentiality papers that state they can be fined or imprisoned for divulging information that deals with their past employment and service to the United States government.   This keeps the service of underground secrecy at a level of control among those who perform basic duties in certain classified areas. However, some are allowed to know things based on very secretive covert intelligence operations that we have all come to suspect such as Area 51, and Dulce, New Mexico.

Various contractors receive clearances to work on military weapons and air assault weapons and nuclear weapons. We have biological weapons and Star Wars with stealth capabilities. We are always coming up with new technology to protect earth in space from predators who would dare to overtake our planet.
My stories about the future will be for entertainment only and I shall try not to give the impression that I am channeling my alien visitor’s telepathic information. This is something that most all will not believe anyway. I am neither admitting nor denying that this is possible.   I will admit that I am aware of aliens visiting this planet and have known some. I also know that we can travel in space and that we have alien spacecraft that can join with the fleet of aliens above in space. TJ
ASCENSION CENTER ENLIGHTENMENT PRACTITIONERS & COUNSELORS   we shall have our own ACE members who shall share in our fellowship and will be recommended to others with our same basic beliefs of those above.
ANCIENT MYSTERY SCHOOLS OF THOSE WHO PRACTICE THE ANCIENT ARTS OF SPIRITUAL HEALING FOR THE BODY-MIND-SPIRIT    We honor our soul that belongs to God/Goddess. Father and Mother as above so below here on earth. We will share with those who are our members in fellowship and shall discuss meeting at various locations with practitioners at the various community levels and in seminars and expositions.   We shall share the members locations and businesses as they sign up to belong as members as believers in the Ascension Center Enlightenment Mission Statement. 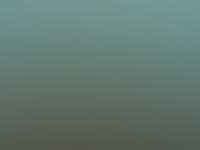