ET spirit is about Social Paranormal Networking about alien civilizations exist. This is no longer the alternative reality but is the entire reality for our general population as a species on this planet we call earth. We need to all be involved in the sustainability of our species and our planet. The health and prosperity for all is now the common cause and essence of our existence! Anyone who is not in tune with that which I have just shared is out of balance and not in the new global community flow of cause and effect. I am only one person and am asking for all other one person body-mind-spirits to join me as I am an advocate of making the world a better place for us all as a reality. This is what I call keeping it real!

I have not seen my own four daughters for over five years. I was at Kali Mariah Smith’s birth and I was the one on earth allowed to cut her umbilical chord that inside my daughter Stephanie Esther Parrish her mother and my daughter. I have not seen her since April 2006.
Reality in my world is unlike any others on earth for a reason.
My life has been filled with those who we call extraterrestrials, government agents, and men in black. I was a career woman first and a mother second as strange as that may seem. As I get older, I wish sometimes I could have all the time back as just a normal person of this planet. But, reality is that I had chosen a life as one of an avatar before I returned to this planet.
Things change and so did I throughout this lifetime and many others in my past. We all change and this is not as profound as it once was in our past century on earth. My life in many ways was not my own and I shared my body-mind-spirit with others in a higher realm that can also keep it real in this reality! The Supreme High Counsel is real and the higher beings that run the space command above who work below them in this universe are also real. Reality in this world is not fully comprehended as it really does exist in a heirarchy.
Are we ready for the truth to emerge about those above who we see flying around in spacecraft that are similar to those seen by our ancient ancestors? UFOs are those we cannot identify being of earth origin. The government knows that I and my spouse are known advocates of those who are not of earth origin. We were chosen to share that which will become the normal acceptance of our own spiritual science of cosmology in the next two years 2012-2013. This time is for allowing all to accept that we must make a global change to health and prosperity for all on this planet. We are going to transition to allowing those in space to come here as we always have. The fact that we have kept it from the general populations critical mass mind way of thinking was for our own eternal growth as a young species.
I am only one but that which I share over time in the various levels that we all exist does count for something even if some only gain the knowledge here on the UFO Digest.
I saw where one wordpress blog was sharing one of my articles from here and stabbing puns at my choice of information and words. I found it amusing thinking if they only knew who I was and my responsibility above this planet they would better accept what their small closed minds needs to know. We all must do our part in sharing that which takes time to understand. One thing we know from experience in life’s teachings on earth in this environment is that the brains that we have that house our minds must grow over time.

Social Entrepreneurs have to be creative. It is best if we use the tools that are already provided for us on the Internet

Digital Media and the Internet changes daily! This is just the way it is and those of us who are small businesses must learn to share and cooperate with each other with the free open line sourcing.
We all want to share the information that is available to us free on the internet and in the Digital Media.
Being that I am of the  ”OLD SCHOOL” and see the “NEW SCHOOL” of the SILICON VALLEY emerging the likes of FACEBOOK it is very hard to compete.
Therefore, we learn to adapt and overcome on the Internet in the Social networking digital media internet news.
One person can only do as much as time allows while we are here on this planet we call earth.
One person can make a difference as we have seen by our past history on this planet.

Personally speaking, I have so many interests that it is hard to focus on only one genre or even one website creation and this is why I have not only the Social Paranormal Network.com but the American News Magazine.com, Timely Manor Books.com, TJMorrisPublishing.US, and three organizations, AscensionCenter.org, ETSpirit.org, and TJMorris.org.

She has told her new partner a lot about me and that i can assist them with their business plan, angel investors, and getting their sales team together in their Gulf Coast Tourism venture with their new boat called Angel’s Dawn in a place called Pass Christian, Mississippi. I have been to Biloxi which is the closest large city near their geographic area. Stephanie Parrish and Dewayne Soshea look forward to their passion for cooking and entertaining couples who charter their boat for cruising and fishing the Gulf. How we can assist them in the Social networking will be a challenge based on the fact that they are like me and each have worked alone in the past
Both of them are young and beautiful and approaching middle age so the new business venture will become their dream come true. Stephanie is the one who captured the two photos of the ufo in this photo below. She has seen many and is an ET Contactee like myself. She just doesn’t share her experiences in public as or yet anyway. The photos she took were to send to me. She said she just had the inspiration to send me two photos of the sunset where she lived in Gulf Breeze, Florida. I knew then that they were letting me know they were also interested in her as one of my four daughters. I suspect we will always be followed since our past history of past lives as avatars is in our lineage on this planet.
We are as real as any human. Those who do not understand and do not open their minds to their own higher powers and the higher realm connections of those who share as creationists will soon learn too through the new time on earth of spiritual science cosmology. 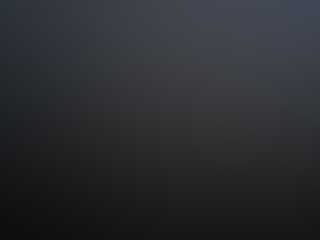 <p>This is now what I as one woman approaching sixty years on December 26 is looking forward too as a mentor. I do research and write articles daily while I answer emails from young entrepreneurs wanting guidance with their business plans and how to pitch their own ideas for their dreams to investors of future business ventures. To some that makes me an angel or so some call me!</p>
<p>My philanthropy days are behind me as I am now semi-retired and have a humble  downsized lifestyle from my last century days in mansions and driving fancy expensive cars. I have learned that it is best to put one’s own energy into the younger generations that will make this world a better place.</p>

Similar pages on Google+’s primary competitor, Facebook, have been a key element of libraries’ social networking strategies for years. For example, Multnomah County Library, OR, held a popular eventearlier this year using Facebook for readers’ advisory.
Library bloggers David Lee King and Joe Murphy both recently posted step-by-step guides to creating Google+ library pages, which are worth a look.

We all need to do what we can to use our energy and information to share more ideas for jobs in the world that is now entering the golden age of cosmology of spiritual science information for the future.

What concerns me is if we do not get enough humanoids interested now in their own body-mind-spirits and the eternal spiritual progression of our spirits return back to our souls as our other selves, we will have to compete with those who are robotoids coming in the future in the next twenty years to this planet which will become the norm.

Learn now while one can still obtain the tools of their own spiritual origin to learn how to relate to their own spirit among others in the social networks in cyberspace. Love and Light. TJ