UFODigest.com » Religion » Angels and Demons » Eusebius: would you trust this man to sell you a used automobile? 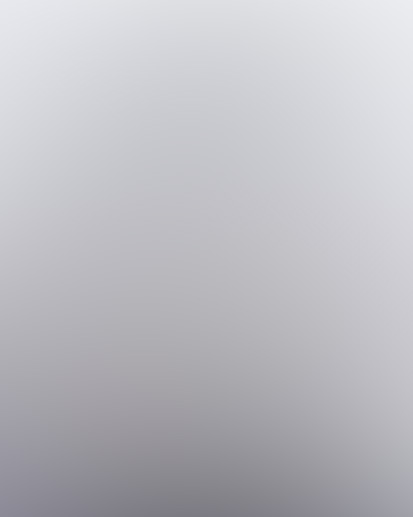 I have still not read the latest Ralph Ellis book ‘Jesus, King of Edessa’, yet I feel a little further citation may be helpful in the quest for greater clarity.

We are informed the following about this book:

“This is it. This is the book that will end Christianity as we know it. Sorry about that, but every deceit eventually unravels and comes to an inglorious end, and the deceit known as Christianity is no exception to this rule. And it is merely fortuitous that this is all happening in the run-up to the 2,000th anniversary of Jesus’ true birth-date in AD 14.”

However, it would appear that the author partially relied upon the controversial writings of a certain early Christian propagandist for his theories in the book.  Therefore, here are a few more thoughts on my previous link, which involves the Jesus figure and fanciful claims of correspondence between him and another.

The first History writer, who mentions a supposed correspondence between the alleged figure of Jesus Christ and Abgarus, King of Edessa, is ‘Eusebius’ (c. AD 263 – 339); who in the commencement of the fourth century after Christ played a Christian position as Bishop of Caesarea, in Palestine. So can we trust the word of this Bishop and can we base our theories on him? Eusebius maintained to have found the original letters, in the public archives under the documents and registries of the city Edessa in Mesopotamia, where King Abgarus resided, and in fact wrote in the Syrian language. Eusebius published a Greek translation of these letters in the Ecclesiastical History.

Does Mr Ellis indirectly rely on Eusebius for his speculation in the book?&nbsp; I quote his post on UFO Digest:

“Jesus was the son of King Abgarus of Edessa – which is why Abgar was writing letters to Jesus, as Christian history acknowledges.”

This post seems to give us evidence that Mr Ellis is not only in agreement with the Bishop but is also ‘depending’ on this Christian propagandist for his own latest text. This confuses me as one minute the author tells us to beware of Christian deceit and yet in the next breath he is basing his complete book on assumptions that an early bishop told the truth about absurd and bogus claims of letters to and from Jesus. Is it me or can anyone else see the uncertainty herein?

Mr Ellis is also persistent about his “Crown of Thorns” book cover theory, yet I have debated this before and explained that the coin in question was one displaying a minor ruler who was simply wearing a ‘diademed (jewelled) crown’, which was common at that time. This has also been substantiated by my brother who is a recognised Roman coin expert.

Eusebius was not too sceptical about the questionable material that he reproduced either. In fact he includes in the Ecclesiastical History the letters supplied to him by a Syriac source preposterously claiming to be written between King Abgar and Jesus.&nbsp; More on this entertaining claim here:

Letter of Jesus to the King of Edessa

‘Nothing less than the handwritten note of the godman himself! This fabrication was supposedly delivered by the apostle Thaddeus, together with a self-portrait by the artist – Jesus Christ (he wiped his face with the canvass)! Actually, the text is borrowed from the ‘concordance’ of Tatian, compiled in the 2nd century, and known as the ‘Diatessaron’. The forgery is almost certainly the work of Eusebius, Christian propagandist of the 4th century. He was the first to mention the letter and claimed to have personally ‘translated’ it from Syriac (Ecclesiastical HistoryI, xii).’

Jacob Burckhardt (a 19th century cultural historian) dismissed Eusebius out of hand as: “the first thoroughly dishonest historian of antiquity“.

Other scholars have also seriously questioned this clergyman’s motives, precision and truthfulness. We may also catch a glimpse of his early use of the Christian propaganda machine, via this revealing quote:

“We shall introduce into this history in general only those events which may be useful first to ourselves and afterwards to posterity.”

This quote alone just about confirms with what many have suspected about Church propaganda for a very long time. It is disingenuous and aimed to deceive in order to achieve a primary objective, which is ultimately mind control of the masses! It was thoroughly designed to keep the sheep grazing in the church pews, without question. History testifies that the Church did a brilliant job with such indoctrination and is still doing the same today!

FROM EUSEBIUS TO GOEBBELS

In many ways we can see great similarities in this early Christian propaganda machine and the type the Nazis pumped out in the 1930s.

German Nazi Party member Joseph Goebbels became Adolf Hitler’s highly vocal propaganda minister in 1933, which gave him power over all German radio, press, cinema, etc. Any literature that was frowned upon with omitted by Goebbels and the same tactic was (self-admittedly) used by Eusebius. The trusting public were ‘only’ permitted to know what they wanted them to know.

Another quote attributed to this scheming bishop is:

“How it may be lawful and fitting to use falsehood as a medicine, and for the benefit of those who want to be deceived.”

If the above admission of dishonesty is not enough for grave concern over the word of this clergyman then try these for size. Eusebius claimed:</p>

“on some occasions the bodies of martyrs who had been devoured by wild beasts, upon the beasts being strangled, were found alive in their stomachs.”

Eusebius also claimed to be an eyewitness when he reported martyrs who stood naked and were unmolested by attacking wild beasts. He says the beasts:

“were stopped short as if by some divine power, and then retreated to the starting point.”

Possibly as well as being a dab hand at serious pro-Church propaganda the Bishop was also a little too fond of the cooking sherry. Can anyone take such a clergyman’s word seriously after such ridiculous remarks? It really beggars belief how whole societies can swallow such religious propaganda and clear forgery and take it as fact. Furthermore, it is bizarre how many writers have taken the words of Eusebius as any kind of serious authentication to base new theories upon when so much conflicting evidence has been presented against this outrageously eccentric spin doctor.

Moreover, throwing a common name like Jesus into the equation may be ill-advised. Why? Well, just because a man may be called David or Patrick does not make him the patron Saint of Wales or Ireland. The same thing applies to a name like Jesus. The biblical Jesus was nothing more than a rehashed sun-god myth, created by 1st Century myth makers who borrowed heavily from earlier Pagan folklore.

I continue to wish Mr Ellis well in his attempts to expose counterfeit faith systems but we must be entirely accurate when it comes to making central claims regarding the contentious historicity of certain legendary characters. Basing theories on highly implausible evidence such as alleged letters between a god man and a mortal man is imprudent and may lead to additional confusion and misunderstanding. Such activity in fact gets us no further down the path of truth.

Knowing what we know about the shrewd yet outlandish Bishop Eusebius would anyone even buy a used automobile from this incredibly devious man let alone create realms of text based of what he was once ‘supposed’ to have said?

In order to accurately field any realistic hypothesis we must first have a substantiated platform to work from. Eusebius is regrettably not a solid foundation stone. He stands as yet another example of the type of fraudulent biblical Christian “deceit” that Mr Ellis claims to be opposing in the first place, yet oddly seems to employ as a basis for supplementary debate. One surely cannot have it both ways!

Separating historical fact from fundamentalist fiction is a quest in its own right at times.

I sincerely hope my well-meant comments help to throw a little more light on this fascinating debate.