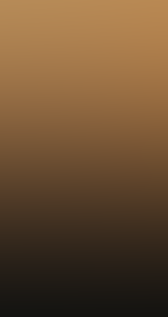 In his newest fictional romp through the real tale behind the human gene pool, author O.E. Vey lets readers know how the human race got so messed up and how God discovers Levi, the only human on the planet who has the right genes to clean up earlier divine errors in our creation.

New Tongue-in-cheek Exposé of Gene Pool Given in The Levi Genes,

A Simple, Factualized Tale of Evolution and the Gene Pool

The REAL story of the Gene Pool

How did we get here? Who’s our Daddy?

Author O.E. Vey announces the release of the first work of his Levi Trilogy, The Levi Genes, published by Outskirts Press.  In this hilarious and thought provoking novel, O.E. Vey takes up, in his own pleasingly quirky and entertaining style, the two most important questions in human history: “How did we get here?” and “Who’s our daddy?”

God, aliens, accident or something else?The controversy continues to rage after many thousands of years of argument, speculation, wonder … and murder. In a daring, no holds barred exposé, The Levi Genes, the first book of The Levi Trilogy, exposes the truth of how we got here and how we’ve developed over the millions of years. The Levi Genes holds nothing back and spares no one to find, expose and explain the truth in a manner everyone can understand.

Reviewing human history to point out myriad examples of the mistakes that have filled our gene pool, O.E. Vey documents for the first time the real role of God, who is actually a student at the Universe University learning to create and develop intelligent, self-adapting life here on earth, his laboratory.  God – whose real name, by the way, is Giuseppe O’Neil Djibouti – is now nearing the end of his schooling and the author notes he must successfully complete his project before the end of this school term.

Recognizing his earlier, inexperienced mistakes with our gene pool, God lights on Levi, whose unique possession of the Levi genes makes him the one human of planet earth capable of correcting God’s earlier laboratory blunders and saving his school project.

The Levi Genes holds nothing back and spares no one to find out if we were hatched, planted, or created; or maybe we descended from some far distant aliens.  O.E. Vey brazenly offers the truth about God, evolution and our as yet imperfect gene pool.

“If you can’t handle the truth,” suggests the author, “pretend it’s all just a made up story.  You’ll sleep better that way.”

The Levi Genes is available on-line in paperback through Amazon, Barnes and Noble, at all book stores, and at www.outskirtspress.com/bookstorefor a maximum trade discount in quantities of ten or more.

The Levi Genes is O.E.Vey’s first novel, to be followed by its sequels, The Mark of Levi and The Return of Levi.  Always fascinated by the free entertainment provided by his fellow humans, O.E. Vey has for many years been collecting historical anecdotes and stories from his imagination. O.E. Vey resides in Orlando, Florida.

For more information contact THE LEVI GENES: A Simple, Factualized Tale of Evolution and the Gene Pool

or to contact the author, write to [email protected] .