UFODigest.com » Paranormal » 2012 » EXTINCTION DIALOGS: HOW TO LIVE WITH DEATH IN MIND

EXTINCTION DIALOGS: HOW TO LIVE WITH DEATH IN MIND with Dr. Guy McPherson

“Extinction Dialogs: How to Live with Death in Mind” is a candid conversation between Guy McPherson and Carolyn Baker. The text addresses the scientific research regarding abrupt climate change as well as how humans who grasp the likelihood of near-term human extinction can prepare emotionally and spiritually for the demise of many species on Earth, including ours. Synthesizing scientific and psycho-spiritual perspectives, McPherson and Baker provide a manual for understanding our terminal status and therefore allow this knowledge to shape every aspect of our relationships and behavior in humanity’s last hours.

Carolyn Baker, Ph.D. is a former psychotherapist and professor of psychology and history. She is the author of Collapsing Consciously: Transformative Truths For Turbulent Times, Navigating The Coming Chaos: A Handbook For Inner Transition (2011) and Sacred Demise: Walking The Spiritual Path Of Industrial Civilization’s Collapse (2009). Carolyn offers life coaching for people who want to live more resiliently in the present as they prepare for the future.

Guy McPherson is Professor Emeritus at the University of Arizona. He taught and conducted research for 20 award-winning years before leaving the university for ethical reasons in 2009. McPherson established a homestead and continues his prolific writing and teaching from there. 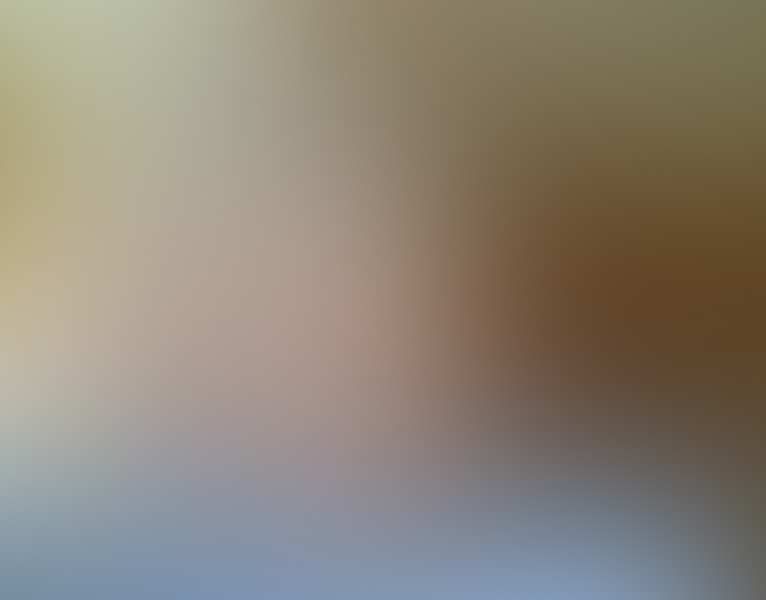 In this second part of a series on climate change and the methane crisis, Dorsi Diaz interviews Professor Guy McPherson, a sometimes controversial figure because of his beliefs, who shares his thoughts on recent releases of methane, where we are in the rapidly accelerating process of changes affecting the climate, and why he thinks that humanity may only have another 15-30 years left on this planet.

Dr. Guy McPherson is a professor emeritus of Natural Resources and the Environment at the University of Arizona. His scholarly work includes twelve books and more than 100 articles. He lives in an off-grid, straw-bale house where he puts into practice his lifelong interest in sustainable living via organic gardening. Learn more at GuyMcPherson.com.

Q: Guy, you have been sounding the alarm bells for years about climate change and the threat of methane. You recently said you believe the methane clathrate gun was fired back in 2007. What happened in 2007?

A: Apparently we crossed a major threshold in 2007 at about 0.76 C warming. At this point, according to David Spratt’s excellent September 2013 report, “Is Climate Already Dangerous?”, not only had Arctic sea-ice passed its tipping point, but the Greenland Ice Sheet was not far behind, as the Arctic moves to sea-ice-free conditions in summer. The U.S. Navy predicts an ice-free Arctic by summer 2016 which is just a year later than expected by the United Kingdom Parliament, which points out that the six lowest September ice extents have occurred in the years 2006-2012 — and now we can add 2013 and 2014 to the list.

In January 2014 Malcolm Light concluded: “The Gulf Stream transport rate started the methane hydrate (clathrate) gun firing in the Arctic in 2007 when its energy/year exceeded 10 million times the amount of energy/year necessary to dissociate subsea Arctic methane hydrates.” The refereed journal literature, typically playing catch-up with reality, includes an article in the 3 February 2014 issue of Journal of Geophysical Research: Earth Surface claiming, “Sustained submergence into the future should increase gas venting rates roughly exponentially as sediments continue to warm.” Not surprisingly, the clathrate gun began firing in 2007, the same year the extent of Arctic sea ice reached a tipping point.

Q: In James Hansen’s book “Storms of my Grandchildren,” Dr. Hansen’s greatest fear was that the methane would start releasing the way it is now. You have spoken openly about your predictions that Earth is clearly now on its way to human extinction, perhaps as soon as 2030-2040. Do you feel that this is going to be directly caused by the frozen methane that is now clearly showing signs of destabilizing? And would you say the recent reports of the Siberian craters showing large amounts of methane gas to be one of those symptoms? Do you think we are going to see more of these craters in the near future?

A: I think firing the clathrate gun is a huge factor leading to loss of habitat for our species. A second factor, which you mention, is release of methane from permafrost, notably in Siberia. Those Siberia craters are a serious sign of catastrophe under way. Consider, for example, the following information.

Jason Box responds to the news about methane release in the conservative fashion I’ve come to expect from academic scientists on 27 July 2014: “… elevated atmospheric carbon from fossil fuel burning is the trigger mechanism poking the climate dragon. The trajectory we’re on is to awaken a runaway climate heating that will ravage global agricultural systems leading to mass famine, and conflict. Sea level rise will be a small problem by comparison.” Later, during an interview with Vice published 1 August 2014, Box loosened up a bit, saying, “Even if a small fraction of the Arctic carbon were released to the atmosphere, we’re fucked.” It seems we’re there.

Simultaneous with the Laptev Sea mission, several large holes were discovered in Siberia. The reaction from an article published in the 31 July 2014 issue of Nature indicates atmospheric methane levels more than 50,000 times the usual. An article in the 4 August 2014 edition of Ecowatch ponders the holes: “If you have ever wondered whether you might see the end of the world as we know it in your lifetime, you probably should not read this story, nor study the graphs, nor look at the pictures of methane blowholes aka dragon burps.”

Q: Guy, you have garnered quite a following, but some of the backlash you have received has not been good. Some people have labeled you as an extremist or doom and gloomer. I personally don’t believe that as I have been following the story of climate change and methane for several years now. Do you think that the naysayers are in denial that such a catastrophic event could occur on our watch? The news you bring is not good news, not the kind of news anyone wants to hear, like going to the doctor and learning that one has a terminal illness, except multiplied by billions because it’s a terminal illness for all of us. What is it that you wish to convey to people on why you have become such an outspoken advocate on our possibly very near extinction of humanity? What is the most important thing you want us to take away from this news?

A: Yes, you’re absolutely correct. People are in denial about abrupt climate change, even though the signs are obvious and increasing.

Most importantly, I want people to embrace their own demise and live accordingly. “Live,” Nietzsche said, “as though the day were here.”

Q: Guy, humor me for a minute because I think that this is a question that every single person reading this has in the back of their minds. Humans do tend to be hopeful, and the idea of all of us going extinct is not something we can wrap our minds around. Do you think that there is any possibility that this extinction level event can be avoided? Can we geo-engineer our way out of this? I mean, after all, we brought it on through our Industrial revolution experiment with fossil fuels which has clearly gone wrong. Is there anything we can do at this point to stop this or slow it down? Could there be some type of Hail Mary pass made that could save humanity; even a 1% chance in your mind?

A: The “Hail Mary” is Tim Garrett’s excellent work, which finds that only complete collapse of industrial civilization prevents runaway climate change. Unfortunately, (1) Garrett’s paper is among the least-cited academic papers in the modern age, (2) more than three dozen self-reinforcing feedback loops have been reported since Garrett’s initial paper was published online in 2009, and (3) collapse of industrial civilization causes the near-term, catastrophic meltdown of the world’s nuclear facilities (which number more than 400). I seriously doubt humans survive bathing in ionizing radiation forever.

The Intergovernmental Panel on Climate Change (IPCC) admits global warming is irreversible without geoengineering in a report released 27 September 2013.As pointed out in the 5 December 2013 issue of Earth System Dynamics, known strategies for geoengineering are unlikely to succeed (“climate geoengineering cannot simply be used to undo global warming“). “Attempts to reverse the impacts of global warming by injecting reflective particles into the stratosphere could make matters worse,” according to research published in the 8 January 2014 issue of Environmental Research Letters.

In addition, as described in the December 2013 issue of Journal of Geophysical Research: Atmospheres, even though geoengineering may succeed in cooling the Earth, it would also disrupt precipitation patterns around the world.

Furthermore, “risk of abrupt and dangerous warming is inherent to the large-scale implementation of SRM” (solar radiation management), as pointed out in the 17 February 2014 issue of Environmental Research Letters. About a week later comes this line from research published in the 25 February 2014 issue of Nature Communication: “schemes to minimize the havoc caused by global warming by purposefully manipulating Earth’s climate are likely to either be relatively useless or actually make things worse.” Finally, in a blow to technocrats published online in the 25 June 2014 issue of Nature Climate Change, a large and distinguished group of international researchers concludes geoengineering will not stop climate change. As it turns out, the public isn’t impressed, either: Research published in the 12 January 2014 issue of Nature Climate Change “reveals that the overall public evaluation of climate engineering is negative.”

Q: The Swerus C3 expedition that is in the Arctic has recently found “mega-plumes” of methane entering the atmosphere. This news rocked many people, including within the scientific community. Are there any past observations of methane being released in that area that we can compare it to? I have read some commentary that we have nothing to compare this to. Is this true or is this something totally new that has never been observed before?

A: I’m not aware of any such methane releases in human history. I think this is yet another bit of evidence that the clathrate gun has been fired.

Q: Guy, I often wonder what the governments are talking about behind closed doors about these findings of large amounts of methane being released. I know that they are not going to come right out and talk about things that will cause widespread panic. But I have to wonder, with most of those in power having families and friends too, don’t you think they too must be freaked out about this news? Or is it one of those situations in which they have to wait and see for peer reviewed papers to come out before they really talk about it? Or, another thought, do you think they have already made very detailed and well thought out plans to bug out?

A: I can’t imagine politicians and CEOs don’t know what I know. These are people who accumulate power based on their ability to access and use information. I have no idea what they are doing beyond moving to the southern hemisphere, where habitat for humans almost certainly will persist longer than in the northern hemisphere.

Q: Thank you Guy for agreeing to do this interview. We certainly know that we have very trying times ahead of us and will see things we never expected to witness in our lifetimes. I look forward to being part of the Northern Californian leg of your next speaking tour.

A: Thank you, Dorsi, for the opportunity. I appreciate your efforts to seek and distribute evidence, and I look forward to meeting you soon.