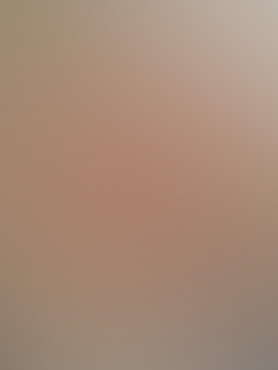 Publisher’s Note: I found this article in my Google Alerts and thought it was very interesting and thought our readers would also.

Thomas Muscarello talks about his brother Norman, the subject of “Incident At Exeter” and other media attention after Norman Muscarello allegedly saw an unidentified flying object in 1965. Norman Muscarello was the first inductee into the Exeter UFO Hall of Fame.

EXETER — Thomas Muscarello’s older brother Norman traveled the world with the U.S. Navy, including three tours of duty in Vietnam. But he couldn’t escape his past. “He’d meet guys all over the world, and they’d know who he was. They’d say, ‘You’re crazy,'” Tom Muscarello said.

It was a heavy burden for a teenage sailor to carry. Norman Muscarello was the principal in an alleged 1965 UFO sighting, one which fueled a best-selling book and changed one family forever. Though he was often ridiculed and never made any money off the claim, Norman Muscarello has been validated in recent years, especially by his home town of Exeter. His remaining family members will be on hand the Saturday of Labor Day weekend, to help with the fourth annual Exeter UFO Festival and to keep his memory alive.

Norman Muscarello was on his way home from visiting friends in Amesbury, Mass., shortly before leaving for the U.S. Navy. Tom Muscarello disputes the legend that has Norman visiting a girlfriend. “They were all friends,” he said, relaxing in his Exeter kitchen. “Maybe he dated one of them a couple of times.” Norman was hitchhiking home to Exeter when he allegedly saw a large craft with red lights hovering in the sky over Kensington. He told two Exeter police officers, who confirmed that there was something in the Kensington sky. Others in the area claimed to see a similar vessel in the sky. The government stepped in, with its own explanation and efforts to hush Norman’s claim, according to his brother. Writer John Fuller wrote the best-selling “Incident At Exeter,” though Norman never made any money off the book.

Tom Muscarello was only 13 at the time, and was visiting in Maine on the night that changed their lives forever. But he heard about it, and had no reason not to believe his brother. Norman, he said, was a “straight-up guy.” When Norman entered the Navy, he wanted to put the UFO business behind him, Thomas said. “He wanted to serve his country.” The reporters and TV cameras followed him to boot camp, and the base CO told him, “Get rid of them.” The family’s life changed, too, Thomas said. For a while, TV crews set up across the street from their home, and “we had to have someone walk us to school.” His mother dealt with representatives of the Air Force, and would never talk about what transpired.