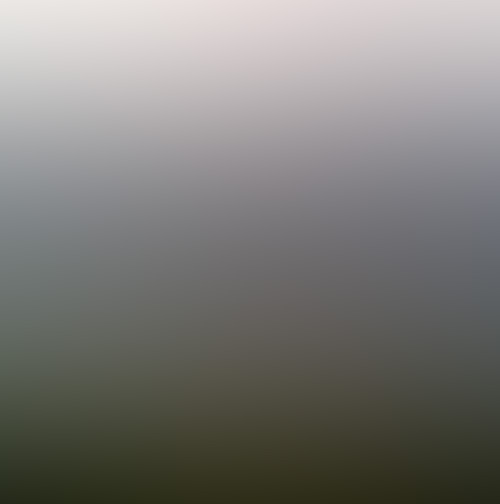 Publisher’s Note: If this story turns out to be true and not a hoax then it could well be one of the most significant sightings in recent times. Imagine a fleet of UFOs engaging in aerial dogfights with the best the United States has to offer. Read on. Dirk

If this is an accurate depiction of what transpired in Florida then this is one of the most amazing UFO accounts on record.

Yesterday, I was driving down Parnell Rd. in Wauchula, FL. and took a picture of a UFO or UFOs when the sun was going down. Later that night at home around 9pm I began to hear a rumbling sound that for thirty minutes or so I thought was the weathers rolling thunder. Then after thirty minutes, the sound got louder and I started feeling the rumble in my chest. I live 16.7 miles from US Air Force Station located in Avon Park, FL. 33825. The Air Force Station is also a bombing range where multiple aviation tests are conducted. When I walked outside my house into my driveway the ground rumbled under my feet. I immediately spotted two fighter jets flying over head so low that the windows on my house started to rattle, even the fenders on my car were making a rattling sound. After spotting the two fighter jets and following them as they flew by, I heard and felt the rumble under my feet and in my chest of the roaring sound of 2 more fighter jets behind me. I called my family outside to see and hear this awesome scene and we continued to watch these jets fly in pairs and seen the after burners on many that flew bye.

I started counting the amount of fighter jets in the sky. I counted 20 jets all in pairs of two with 4 in the south, 4 in the north, 4 in the east, 4 in the west, and 4 above my head, two on each side. I saw that the jets were actually chasing UFOs that would streak across the sky like falling stars and just as fast as it streaked across the sky they would then turn with pin point precision, losing the jets in their wide turns. When I saw the first one, it had a radiant light and then as I counted them I saw that there was some blue, some red, others orange and golden/white neon colored. I counted 55 of these brilliant colored UFOs. For two hrs my family and I along with neighbors, a total of 8 of us, watched this most extraordinary air show that put the US Air Force technology to shame. The UFOs would at times fly solo and it didn’t seem to fly but it floated and whipped through the air with ease and it looked like everything that was done by the UFOs it was done effortlessly. Sometimes another UFO would come flying in to accompany the solo UFO; they would fly together for a few minutes and then break away. The Fighter Jets never did break formation but I did see them make attempts to keep up with the UFOs by using their afterburners but the UFOs advanced technology made their attempts look feeble.

After an hour of the activity taking place over head and all around us, the activity went to approximately 27 miles West over the area of the pictures that I posted. The UFOs numbers reduced quickly from 55 to 3, and then 2, and then finally down to 1, in all of 10 minutes. Then the 1 UFO really began to antagonize the US Air Force Fighter Jets. I say antagonize because the UFO stopped flying away and began bobbing and weaving in one place like a Professional Fighter in a Prize Fight. The Fighter Jets started to fire missiles which availed them none as the UFO just bobbed out of the way and back to its regular position. They dodged the 1st, 2nd, 3rd, and 4th missiles like it was a walk in the park, fun and games. Their UFO technology is absolutely hands down mind boggling and while watching this whole thing you felt like you were watching the Movie “Star Wars” except instead of 3D it was real life, you could feel the rumblings quaking through the ground into your feet and right up into your chest, you could hear the roaring sounds crackling in your ears like a drag strip speedway, and you could definitely feel the intensity of the moment keeping you on the edge on your seat just anticipating the very next moment. What happened next was nothing short of one of the most amazing things I’ve ever seen in real life. The Air Force started firing what appeared to be lasers from the ground. Before each firing of the laser an intense glow would emit emerging brighter and brighter, then, a laser blast from the ground shots up at the UFO. The UFO dodged each of the laser blasts that they fired for the next hour.

The UFO continued to stand its ground and merely bobbed out of the way when fired upon. Each time the Air Force would fire at the UFO with their laser, the UFO would maneuver in such a way as to look like they were playing with children. Then, right when I thought that I had seen it all, the UFO started going in a circular orbital motion disappearing and reappearing. After an hour, the UFO finally disappeared into thin air. After two solid hours of none stop action on a Friday night, we didn’t hear any more sounds, feel the rumblings of the jets, or see anything else, just silence. I looked at my wife and kids and laughed, “I think we just seen the next sequel of Star Wars, the unedited version.” All that I can say about this is, watch the skies, I have a feeling there’s more to come as the truth is disclosed as it just was and as soon as each government of the world and our US President Barack Obama stops fearing there colleagues and discloses the truth about advance intelligences visiting Planet Earth. My message to US President Barack Obama, be the first to tell the American People the truth and not the last. I think that there is someone who can tell you better than I can, here is a famous quote made on July 21, 1969 by Neil Armstrong: “One Small Step for Man, One Giant Leap for Mankind.”