UFODigest.com » Paranormal » Astral Plane » Floaters and the I Ching 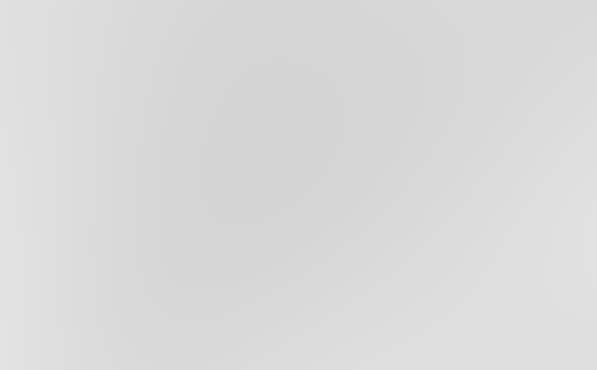 In China, the Book of Changes (I Ching) is one of the most important books used for divination and self-realization. Its principle may have been developed from the perception of eye floaters during altered states of consciousness.

“Eye floaters” (mouches volantes or muscae volitantes in French and German ophthalmology) is a collective term used in ophthalmology for all possible opacities in the vitreous. Many of them can be traced to physiological disorders like retinal detachment or diabetic vitreoretinopathy. The floaters at issue, though – which are also the most experienced floater type – are considered as ‘idiopathic’, i.e. without pathological cause. I call them “shining structure floaters” (Tausin 2012a). They are seen as mobile and scattered semi-transparent dots and strands in the visual field, best perceived in bright light conditions (fig 1). These dots and strands float according to the eye movements which makes them hard to focus on.

In Western culture, the phenomenon of eye floaters is primarily understood in line with modern ophthalmology as “vitreous opacities” (Trick, 2007; Sendrowski/Bronstein, 2010). However, there are alternative explanations: In the mid-1990s, I met a man named Nestor living in the solitude of the hilly Emmental region of Switzerland. Nestor, as well as his friends, have a unique and provocative claim: that they focus on a constellation of huge shining spheres and strings which have been formed in their field of vision. They interpret this phenomenon as a subtle structure formed by our consciousness which in turn creates our material world. Nestor and his friends call themselves ‘seers’. They ascribe this subjective visual perception to their long lasting efforts to develop their consciousness (Tausin 2010a, 2009). I did some research and found that in history of religion and art, a multitude of cases are known in which spiritually committed individuals report or depict abstract or figurative subjective visual phenomena they experienced in altered states of consciousness (cf. Tausin 2010b; Müller-Ebeling 1993). This may even trace back to Paleolithic times where early “shamanic” ritual practices and techniques of ecstasy gave rise to evolving homo sapiens’ awareness of so-called entoptic phenomena, including shining structure floaters (cp. Dowson/Lewis-Williams 1988; Eliade 1957; Tausin 2012b, 2010b). If so, these subjective visual phenomena were seen and interpreted by shamans and mystics over and over, passed down e.g. as religious symbols and artistic conventions, and eventually incorporated into the art and philosophy of the first civilizations (Tausin 2012c, 2012d). It is reasonable then to examine the I Ching for floater structures.

The I Ching (Yijing)

Bronze Age China was ruled by expanding dynasties and warring states. In 1027 BC, the Zhou established a dynasty that would last until the formation of the first Chinese Empire by the Qin in 221 BC. To legitimize and ensure their rule, the Zhou subordinated the king and the officials to a universal moral law, the “Heaven’s Mandate” (tianming). This law was thought to endow the king with heavenly, and therefore absolute power (Kohn 2009; Von Glahn 2004; Gernet 1989; Chen 1963). Ancient Chinese texts served to harmonize one’s conduct with the heavenly law. In the 5th century BC, these texts were compiled by K’ung Fu-tse (Confucius) into a canon of several classic works that also served as a basis of studies. The five most important (Five classics) are the Shujing (Book of Documents); Shijing (Book of Poetry); Lijing (Book of Rites), Chunqiu (the Spring and Autumn Annals, which are the official chronicles of the State of Lu), and the Yijing (I Ching) (Book of Changes) (Gernet 1989; cp. Raphals 1998).

Let’s have a closer look at the I Ching. Historically, there were several versions of the I Ching. It is likely that each Chinese dynasty had its own official version. According to scholars, these texts have developed from the oracle rituals of the Longshan period: animal bones and tortoise shells were heated to produce cracks which were the sources of divinatory interpretation (cp. Kohn 2009; Cheng 2009; Liu 2004; Lynn 1998). The I Ching, as it is known today, is based on the dualism of two principles yang and yin, depicted as an unbroken line and a broken line respectively. They represent the dynamic and creative forces of the Ultimate (qi/chi, later dao). Yang and yin lines are combined to eight trigrams (set of three) and 64 hexagrams (set of six). Each trigram and hexagram is attributed with a specific meaning, resulting in a complex and rich symbolism that is used for divination, undertakings and self-realization up to this day (cp. Roberts 2010; Kohn 2009; Ames 1998; Rawson/Legeza 1974).

Visually, the floaters spheres and the floater strings with their core-surround structure have nothing to do with the yang and yin principle, depicted as unbroken and broken lines in the I Ching. However, there are indications for arguing that the trigrams and hexagrams are stylized representations of circles or spheres. I will discuss three points: First, in the Chinese art, circles and curves were frequently reshaped to rectangles and straight lines. This is exemplified by the sun symbol in the ancient Chinese scripture and ornamentation (Fig. 3).

This also seems to be the case with the I Ching, at least if we consider the mythical origin of the trigram system: According to the legend, the eight trigrams are attributed to the culture hero and mythical ruler Fu Hsi (or Fu Xi) (Roberts 2010). One day, he was walking along the Yellow River when a white horse with the head of a dragon emerged from the water. On its side, there was a map (Ho Tu) consisting of bright and dark dots (Legge 1882; cp. Kohn 2009). 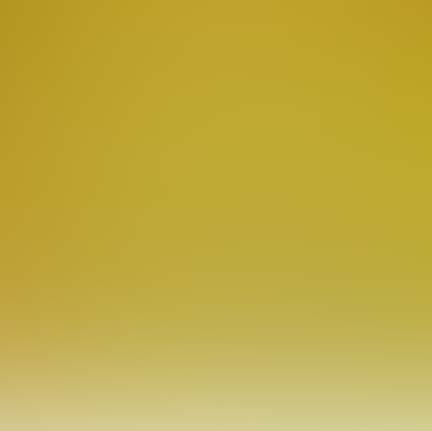 It is said that the Yellow River Map inspired Fu Hsi to develop the eight trigrams, arranged in the four cardinal and four ordinal (diagonal) directions. 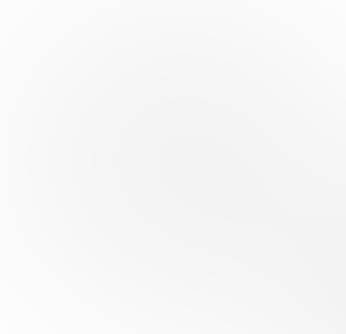 This is known today as the “Early Heaven” arrangement of the eight symbols or trigrams (pa-kua, bagua). 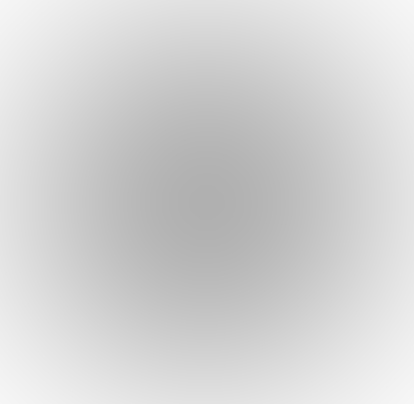 How exactly, according to the myth, the transition from the dots to the trigrams was done is not known to me. My point here is that the trigrams have been developed from dark and bright dots. And that – with regard to the shamanic influence on ancient Chinese culture and the shining floater forms found on craftwork (Tausin forthcoming) – these dots might represent concentrated male (bright core) and female (dark core) floater spheres (Tausin 2011, 2010a).

This view is supported by my second point, the cosmogony or development of the material world that features the same characteristics in the seers’ seeing as in the I Ching (see fig. 2). Central to both the I Ching and the Emmental seers is an Ultimate called chi (qi) or t’ai-chi by the Chinese and “source” by the seers. Whereas seers claim that they see this source as a sphere (Tausin 2010a, 2009), the Chinese depict chi as a circle. This sphere or circle contains the two original opposites. Chinese philosophy understands these opposites as separate creative forces, yin and yang. Seers see them as dark and bright parts of the core-surround structure of floater spheres, or as the two kinds of spheres (dark core, white surround; white core, dark surround) respectively. The interplay of these forces gives rise to the diversity of the material world – and mundane consciousness – which increasingly substantiates and removes from the original abstractness of chi or the “source”. This process of diversification is depicted in the I Ching as the multiplication of yang–yin-combinations in the digrams, trigrams and hexagrams. Similarly, the Emmental seer see that the “path in the shining structure” is a way from many floaters to a constellation of few floaters to the “source” – based on that, they suggest that the “path in the shining structure” is an inversed creation process.

My third point is that the digrams, trigrams and hexagrams are a system to express the visual changes of shining structure floaters. In different states of concentration and intensity, floaters differ in size and the area ratio of core and surround, resulting in different luminosity as well (cp. Tausin 2011). Taking yin as the dark parts and yang as the bright parts of floater spheres, the digrams, trigrams and hexagrams are able to express these states in different degrees of acuteness. The figure below shows the transition of a male (yang) and a female (yin) sphere from the big relaxed (center) to the small concentrated (left and right) states, expressed by the trigrams.

To address one last obvious question: If shining structure spheres have been transformed into straight broken and unbroken lines – why is that? I have mentioned above that the reshaping of circles to rectangles – or dots to lines – are an artistic convention of some of the Bronze Age Chinese art. But there could also be practical reasons: Lines are fast and easy to discern and write; they are space saving; and as trigrams and hexagrams, they express well defined states or phenomena. For example, the trigrams „lake“

are clearly distinguishable and therefore can be used for divinatory ends, while the concentrative states of shining structure spheres permanently alter and thus are less clearly assignable to particular concepts. In other words: the lines are better suited for writing and divinatory and philosophical reasoning.

The article is based on the assumption that ancient Chinese shamans or ecstatics have seen shining structure floaters and other entoptic phenomena during altered states of consciousness. They have understood these phenomena as meaningful and powerful signs and passed them down as spiritual and philosophical symbols and artistic conventions. I’ve made three points in order to suggest that floaters have become stylized and systematized in early divinatory texts which later were compiled as the I Ching. If so, two mutually exclusive conclusions follow from that, the ophthalmological and the seers’ interpretation: Either the I Ching is based on a “degenerative vitreous syndrome” which would prove its ridiculousness. Or floaters have a perceptual (and spiritual) dimension that goes far beyond the ophthalmological knowledge. Based on my personal experience and my research, I tend to the second.

The pictures are taken from image hosting websites, from scientific publications (online and print) and/or from my own collection (FT). Either they are licensed under a Creative Commons license, or their copyright is expired, or they are used according to the copyright law doctrine of ‘Zitatrecht’, ‘fair dealing’ or ‘fair use’.

Tausin, Floco (2012b): Lights from the Other World. Floater structures in the visual arts of modern and present-day shamans. In: A Spiritual Voice. http://new-age-spirituality.com/wordpress/content/2209 (12.6.12) 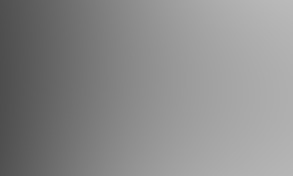 The name Floco Tausin is a pseudonym. The author is a graduate of the Faculty of the Humanities at the University of Bern, Switzerland. In theory and practice he is engaged in the research of subjective visual phenomena in connection with altered states of consciousness and the development of consciousness. In 2009, he published the mystical story “Mouches Volantes” about the spiritual dimension of eye floaters.

Floco Tausin tells the story about his time of learning with spiritual teacher and seer Nestor, taking place in the hilly region of Emmental, Switzerland. The mystic teachings focus on the widely known but underestimated dots and strands floating in our field of vision, known as eye floaters or mouches volantes. Whereas in ophthalmology, floaters are considered a harmless vitreous opacity, the author gradually learns about them to see and reveals the first emergence of the shining structure formed by our consciousness.

»Mouches Volantes« explores the topic of eye floaters in a much wider sense than the usual medical explanations. It merges scientific research, esoteric philosophy and practical consciousness development, and observes the spiritual meaning and everyday life implications of these dots and strands.

»Mouches Volantes« – a mystical story about the closest thing in the world.