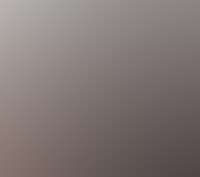 Publisher’s Note. Jason McClellan over at OpenMinds.TV has published an interesting peice that will interest UFO Digest readers. So enjoy and misit OpenMinds.TV.

Gary McKinnon has been in a legal battle for more than a decade, and has been fighting extradition to the United States since 2006. The forty-six-year-old Scotsman admits to hacking into ninety-seven US military and NASA computers in 2001 and 2002 in search of UFO evidence.

Experts have concluded that it is likely McKinnon, who suffers from Asperger’s syndrome, will commit suicide if extradited to the U.S. But as the Welwyn Hatfield Times recently reported, at McKinnon’s last court appearance on July 5, ministers, including Home Secretary Theresa May, want a new medical report before a ruling is made. May cited a personal concern that McKinnon had not been examined by a Home Office-appointed medical assessor. London’s High Court gave McKinnon two weeks to decide if he will take a medical test “to determine if he is fit to be extradited.”