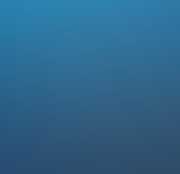 There occurred violent earthquakes and floods. And in a single day and night of misfortune… the island of Atlantis disappeared in the depths of the sea.”

This account, written by Plato more than 2,300 years ago, set scientists on the trail of the lost city of Atlantis. Did it ever exist? And if so, where was it located, and when did it disappear?

In a recent paper in Geology, Marc-Andre Gutscher of the European Institute for Marine Studies in Plouzané gives details of one candidate for the lost city: the submerged island of Spartel, west of the Straits of Gibraltar.

The top of this isle lies some 60 metres beneath the surface in the Gulf of Cadiz, having plunged beneath the waves at the end of the most recent ice age as melting glaciers caused the sea level to rise.

Geological evidence has shown that a large earthquake and a tsunami hit this island some 12,000 years ago, at roughly the location and time indicated in Plato’s writings.

Gutscher has surveyed this island in detail, using sound waves reflected off the sea floor to map its contours1. His results bring mixed news to Atlantis hunters.

According to sea-level measurements alone, Gutscher estimates the island “would have been reduced to wave-swept rocky islets” and would have been less than 500 metres in diameter, making it impossibly small for a sophisticated city.

But there is a saving grace. Gutscher says the island might have sunk further since those times from seismic activity.

Layers of turbidite, the sand and mud shaken up by underwater avalanches, suggest that eight earthquakes have happened in the area since Atlantis sank. Each earthquake could have resulted in a drop of the sea floor by several metres.

So 12,000 years ago, Spartel might have been 40 metres higher than expected, and could have measured five by two kilometres.

“This is an interesting contribution to the discussion,” says Jacques Collina-Girard, a geologist at the University of the Mediterranean in Aix-en-Provence, who suggested Spartel as a candidate for Atlantis a few years ago.

At first, his conclusions seemed disappointing. At the time identified by Plato for the city’s loss, the sea level would have been fairly high on the island’s banks.