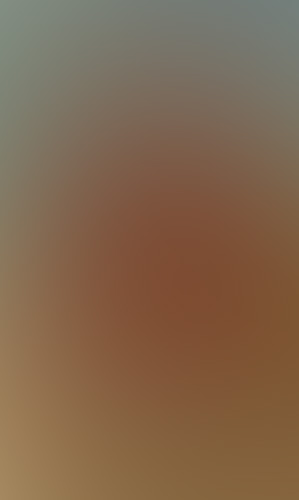 At a hotel, in downtown Baltimore, Maryland, the Raddison, where I booked a four stay at a 1920’s restored gem, named the Lord Baltimore, ostensibly to attend a wedding of my wife’s niece, I ran into a paranormal wall.

As soon as I walked in I felt the undeniable burning touch of a spiritual attachment; something had tried to crash my defenses.

We were shown to a 18th floor building corner room, a lovely suite, but when the bellboy opened the door, the reek near the window overlooking the corner was of death and suicide and I at once announced the room, was “unsatisfactory”.

From the frying pan into the fire, we went back down to the front desk and up again in a haunted elevator to another lovely appointed suite where I had persistent and intermittent visions of a young girl emotionally bereft screaming a face of frozen horror!

I could not surmount my own dread and disquiet enough to offer her solace or attempt a loving message of healing.

After three sleepless nights, replete with nightmares, I was able to checkout and return home, the most horrid weekend ever spent in a haunted place.

That girl has appeared to many others, I learned later, after I wrote a mused letter telling this story and receiving answers that such a weeping young girl in a long cream colored gown has been seen crying, by guests and staff, alike.

My wife, as psychic as a rock, slept like a heavy stone dropped into a deep lake.

Here’s my note to my daughter, Allison, about my stay at the Radisson Lord Baltimore Hotel:

“Who needs ghosts fouling up a wedding celebration?

Staff told me and mom about a suicide of a young woman on the 19th floor, and about the elevators’ odd constant trips, up there, late at night, with no one having rung the bell, and no one being seen emerging from the elevator, when doors open, after its trip from the 19th floor, back to the lobby.

I did not beforehand research the hotel being a hotspot, as I had no motive or reason or inkling beforehand to do so, simply put.

I was there, for a wedding.

After I felt the touch of spirits in the lobby and in the elevator, on the way up to our first “unsatisfactory” room, I quickly asked the bellhop if there were any reports of ghosts in the hotel.

We were then told only about this woman’s supposed suicide on the 19th floor; I stupidly insisted to mom that we directly go up there so that I could open myself and explore the hallways.

Only after a time, did she humor me.

It was, in retrospect, a grave mistake to brazenly open myself when I have had so much trouble with negative energies, which float in too often enough, when I am just sitting in the house!

I asked the staff, repeatedly, always in Mom’s presence, about ghosts seen in the hotel.

We heard nothing from them at that time or any other time about the ghosts mentioned in Amy’s book.

Not one staff member, at the time, however, ever mentioned a ghost of a long gowned screaming child.

That image, before my eyes, fully awake, prevailed and was persistent and strong, and she was both frantic and terrified.

I thought it so sad. Ghosts almost always say, “Please help me.”

In another twenty years I’ll hopefully be so much better at this, that I will learn how to avoid being sensitive enough to be up with bad dreams all night when any lost, insistent or sinister spirits are around.

Or, even better, learn how to counsel and cross them over.

Allison, the clear fact that YOU were psychically sensitive enough to get hit with a psychic attack, an imposed imagery nightmare scenario of a serial killer, a reflection of a spirit’s peculiar mental illness, suggests, to me, at least, that you’re more capable than you suspect, of assisting and sensing the unseen.

By comparison, my wife and son, Ian, were so very untroubled.

I Googled the Hotel’s name and came up with Amy’s book, ‘An answer from Amy’:

Hi Paul, Thanks for your email. What an experience!

Here is our story about the Radisson Lord Baltimore from our book.

We’d love to use your account in future research and if we write a follow-up book.

Here’s an excerpt from my book about the hotel that you wrote me about:

I came to stay two weeks. I never left. It was fascinating. It was exciting. – Rose Bisasky, former 26-year employee.

Dear Folks, We’re having a big time. I’m not tired at all now. We were surely dead the first of the week, though – from postcard depicting the Lord Baltimore hotel, dated April 3, 1921.

We never asked (for guests to limit their stay to 5 days) in the old days. Or if we did, it was because we hoped the answer would be that they intended to stay forever. – Sanford Core, Assistant Manager in charge of reservations.

Francesle (Fran) Carter has worked at the Radisson Lord Baltimore for many years. She currently functions in the role of captain, supervising a team of people overseeing the food, beverage, and setup needs of the hotel.

In 1998 Fran was on the 19th floor of the building preparing a small meeting room for future use. She was working at a table facing the wall with an open door to her left. She bent over the table for a few moments, absorbed in her work. Then she looked up and to her left at the doorway. A little girl wearing a long cream colored dress and black shiny shoes ran by the open doorway, bouncing a red ball before her.

Fran immediately ran outside calling after her “Little girl, are you lost?”

The hallway was completely empty. Fran, quite shaken at this point, turned around to go back to the meeting room when she saw two people walking down the hallway toward her. The first was an older gentleman dressed in formal attire. A woman in a long ballgown accompanied him. Frank asked them if they were looking for their granddaughter because she had just run by. She turned to point in the direction that the child had passed. When she turned her head back toward the two people, they had just vanished right before her eyes.

Fran was then so frightened that she called a security guard. He stayed there with her until she finished her work, and no more ghostly visitors appeared on the 19th floor that evening.

A few years later a guest at the hotel told Fran that she believed that her room had a ghostly visitor. She was awakened in the middle of the night by the sound of a child crying. As she sat up in her bed, she saw a little girl crying and rocking herself back and forth while sitting in the window of her room. As the woman rose to go to the girl, she slowly faded away. The little girl was wearing a long cream colored dress with black shoes.

One evening a few years later, Fran was approached by a co-worker who told her that three people were standing in the dark in the ballroom of the hotel. The hotel’s ballroom is a very large room, which can accommodate 1,250 people seated at banquet tables.

Three arched ceiling length windows dominate the far wall of the room- the side of the room opposite the entrance doorway. When Fran entered the ballroom, she walked across the room in the direction of the windows.

They were all looking upward through the windows. Fran noticed that they were standing in what she described as a triangular formation.

Fran passed within 5 feet of the man standing in front of the window on the left. She noticed that he was wearing a dark, possibly blue, sport blazer with metallic buttons that gleamed in the darkness. He had an ascot tied around his throat and appeared quite the dapper gentleman. She thought that his clothing was odd, but at this point didn’t know that her visitors were out of the ordinary. She then asked them if they would like some light and walked by the man in the ascot to turn on the light switch, just a few feet from where he was standing.

Light immediately flooded the room- and the three visitors were gone! As earlier noted, the Lord Baltimore hotel has had its share of guests who were very reluctant to check out. It appears that some of them never did.

Here’s my initial, original note, to the hotel, after my sleepless, troubled stay:

“As a newly budding psychic, open to unseen energies, I found myself attending a wedding this past weekend, and I stayed at the Radisson Plaza Lord Baltimore.

I spent two sleepless nights, inundated with nightmares, complaining all the while to my wife, about the constant touches and psychic turmoil of the unseen. I have stayed at many hotels and sensed spirits, all untoward and lost.

But this hotel, still gorgeous in its age, was positively infested. A young girl, weeping, mouths agape in horror, in a very long gown dress, startled me as a persistent image.

My wife wanted no part of any of my startling unpleasant discoveries.

I also felt spirits of ignominious sinister gangster types, which didn’t surprise me in the least: if you’re afraid to cross over, why not haunt a favorite place? What can you tell me about the history of the place that supports those “images” that I had?

Author’s note:  what is it like to receive telepathic images from a deeply disturbed Earthbound human spirit, or worse, a demonic who attacks in kaleidoscopic psychic images?