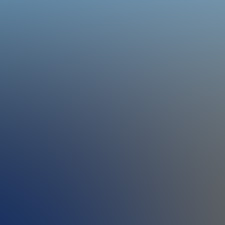 Jerry and Kathy recently returned from their latest projects in Bulgaria and Greece with three incredibly riveting interviews captured on video.

Jerry Wills is the Associate Host of the Kevin Smith Show.  He is also the Executive Producer of Xpeditions-TV.  Among other outstanding qualities, Wills is known as an extremely alert and fearless explorer and pursuer of the news covered up or ignored by the alleged main stream media.  He is partnered with Kathy Wills, his wife, in these often risky expeditions and missions to get the story.

One of the interviews the Wills team brought back is one in which they are told of an astounding event that happened in 1997, occurring during the excavation for new subway tunnels in Athens, Greece.  Of course, tunneling beneath Athens means tunneling through history.  Like many cities of ancient origins, Athens has rebuilt itself atop itself for thousands of  years. Interviewing Athenians witnesses, an amazing story unfolded.

According to the information received, as workers tunneled beneath Athens, digging through their own ancient history, they broke through a wall into a large room.  That room turned out to be a large tomb with about 100 bodies laid out in order.  This was not a mass grave, but a well ordered tomb.  The bodies were said to be about 5 meters tall (16 ft 4 in) and dressed in ancient Athenian garb.  Tools and weapons were also apparently placed with the bodies in the tomb.

Testimony given to Jerry and Kathy was that the workers were made to leave the tunnel except for absolutely essential personnel.  Black vans, trucks, limos arrived at the site and the unknown occupants of those vehicles entered the new tunnel.  When these unknown people left in their black vehicles, the sub-Athens tomb was empty.  No giant skeletons.  No artifacts.  Nothing.  It was all gone.

While in Greece, Jerry and Kathy found that the people of Greece were very matter-of-fact about their views of the so called ancient gods.  They said their ancient gods were extraterrestrial people with advanced technology–so advanced that their own ancestors had revered them as gods.   Appearing on the Kevin Smith Show upon their return from these overseas projects, Jerry and Kathy said the people of Greece told them they just could not understand why the rest of the world calls these stories of gods mythology.  Jerry said, “The people there told us that these gods were just extraterrestrial people and the rest of the world has it wrong.”