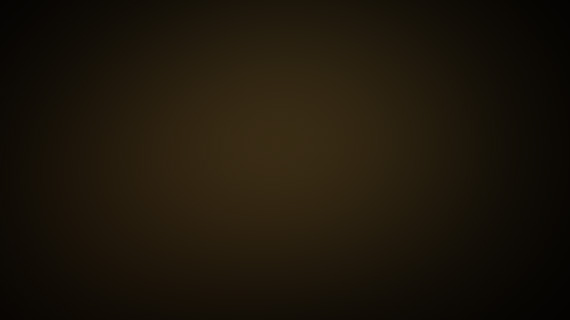 Publisher’s Note: Nick Redfern wrote an excellent piece on government agents and the secrets they hide away such as the Ark of the Convenant from the exciting movie ‘Raiders of the Lost Ark’ The article was published originally on the Mysterious Universe website and then picked up by the Conspiracy Journal newsletter. Enjoy Dirk
In the 1981 blockbuster movie, Raiders of the Lost Ark, which starred Harrison Ford as archaeologist/adventurer Indiana Jones, the Nazi hordes of Adolf Hitler were in hot pursuit of the legendary Ark of the Covenant, a mysterious chest said to have housed the Ten Commandments as allegedly provided to Moses by God on Mount Sinai.
Click here to enlarge top photo.
Given that the Ark was supposed to possess powers both awesome and devastating, Hitler’s intention was to harness those same powers, use them against anyone and everyone who might stand in his way, and then take control of the entire world. Fortunately, things did not go Hitler’s way.
After a wild adventure that took him from Peru to the United States and from Egypt to an island in the Aegean Sea, Indiana Jones saved the day, wrestled the Ark out of the clutches of Hitler’s minions, got the girl and all was good. But, it’s the final moments of the movie that are the most memorable.
As Raiders of the Lost Ark told it, after the Nazis were defeated, the Ark of the Covenant was transferred to the United States, where U.S. military intelligence personnel assured a pleased and satisfied Jones that the priceless artifact would be studied carefully by the finest minds and scholars available. That assurance, however, was nothing less than a brazen lie. Instead, something very different happened.
Unbeknownst to Jones, the Ark was not studied. The U.S. Government, perhaps fearful of unleashing the incredible forces the Ark possessed, took what it considered to be the wisest and safest course of action: The Ark was placed into a wooden crate, which was then carefully and firmly sealed, and taken to a huge, secure warehouse away from any and all prying eyes and inquiring minds. The government was intent on keeping the genie firmly in the bottle, so to speak, never again to be released.
Raiders of the Lost Ark was, and more than thirty years after its release still is, a work of highly-entertaining, on-screen fiction. The deep and secret involvement of the U.S. Government in the study of ancient artifacts, religious relics, and numerous archaeological wonders, however, is most assuredly not fiction. As far back as 1947, the Pentagon has dug very deeply, and undercover of overwhelming secrecy, into such controversial areas.
The discovery of the Dead Sea Scrolls, the origin and final resting place of Noah’s Ark, the incredible question of whether or not the Pyramids of Egypt may have been built via the use of levitation, the reasons for the construction of England’s famous Stonehenge, rumors that ancient nuclear warfare was fought by an advanced civilization in India in the very distant past, a highly thought provoking Mars-Egypt connection, and even the controversy concerning the Mayan prophecies and 2012 are all issues that have attracted the lengthy, and highly secret, attention of the Pentagon’s finest minds for nothing less than decades.
Not surprisingly, this has collectively led to an absolute plethora of very significant questions at an official, classified level, including: Are some of our oldest and most cherished religions actually based upon visitations not from gods, but aliens in the distant past? Was Noah’s Ark not just a huge vessel of the waters designed to survive a mighty flood, but actually a highly advanced spacecraft from another world?
And the questions go on and on: Did the pharaohs of Egypt possess secret, arcane knowledge of how to move massive, multi-ton stones using what, today, we might call anti-gravity? Is there a connection between the Pyramids of Egypt and the very similar structures that have been photographed on the surface of the planet Mars?
From the mysterious depths of ancient Egypt to the standing-stones of old England, from the now long gone cultures of the Maya and the Inca to the heart of India, and from Mars to the Middle East, the Pentagon has spent decades carefully and clandestinely studying the very foundations of our civilization as it exists today, and has come to a shocking, paradigm-changing conclusion: our history is not at all what it appears to be. It’s actually much stranger. Perhaps, “out of this world” would be far a better, and much more appropriate, term to use.
Indeed, the CIA has a file (portions of which remain classified) on Noah’s Ark titled “The Ararat Anomaly.” In 1947, a highly regarded CIA employee, Miles Copeland, became embroiled in a conspiracy-tinged affair involving the Dead Sea Scrolls. Official files were opened on “ancient astronaut” researchers/authors Morris Jessup and Bruce Cathie. None other than Edgar Cayce became a target of what might be termed “official interest.” The reason: his theories on Atlantis, no less. And the list – and the attendant ancient mysteries – goes on and on.
Millennia-old visitations from alleged extraterrestrials, highly advanced and devastating technologies in the hands of early civilizations, mysterious artifacts displaying incredible powers, and aliens perceived as gods are just a few of the controversial issues that have, for years, kept the finest minds in official secretly, and worriedly, focused on times, people and eras long gone.
Source: Mysterious Universe
http://mysteriousuniverse.org/2014/02/ancient-secrets-and-agents-of-secrecy/