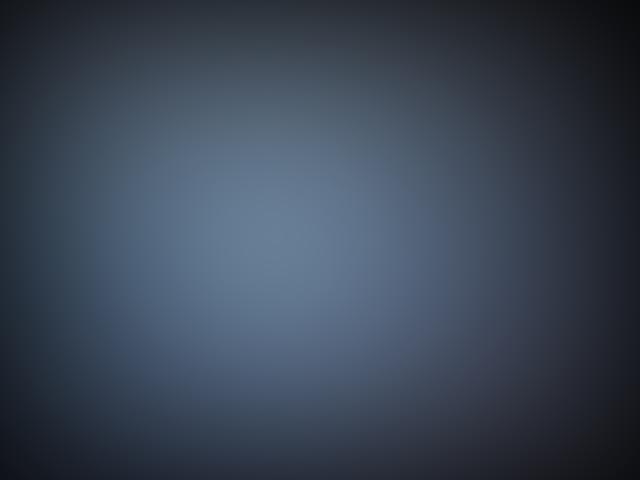 Half Cat Mutilation reports continue to fill my email box from all over the world. The reports are nearly identical. An ordinary person going about their normal routine stumbles upon a half of a corpse of a cat left for them to find  in an area that cannot be missed.  The remains of the cat are always half of the cat cut straight across its mid-section dividing the cat in two parts. The top part of the cat including the head and two front paws is the most common half left in a staged manner to be purposely found.  I have read reports of the bottom half of the cat left as well but most often it is the top portion of the cat.

There is no blood, no internal organs or mess to be found anywhere. The cat is left gutted, cleaned and looking very much like a cat hand puppet.  The incision is clean and neat and without signs of any animal aggression towards the cat.  I have been told the cats do look as if they tried to defend against the attack by signs of defensive actions but ultimately you find only a half cat that has been gutted, drained of blood, cleaned and left staged in a place where the cat will definitely be found.
Sometimes the cats belong to the people who find them. Other people have no idea who the cat belonged to but found it laid out across their walkway or patio neatly and obviously to be discovered by those living in the area it is being placed to be found.
I have had reports from all over the world concerning this strange dilemma of half cat slaughters all with the same specific details.  I have been receiving reports for over 7 years and have been told it has been going on for at least 20 years or more worldwide.
The half cat puppet like remains of the poor animals do not make any sense or do they seem to have any logical reason.  I have asked those who I thought could provide some insight into this mystery but have come up empty as far as explanations or answers are concerned.
No one can suggest an animal that would carefully kill, clean and bring back half of a neatly formed half cat body to be found by human eyes.  I could not find an illness where this type of compulsion would be part of a pattern by those suffering from it.  That does not mean that this is not part of a mental condition that is worldwide and that the horrific mutilations are part of what those suffering from it do as part of their emotional confusion.  This could be the case however I cannot find any links to such behavior in any group of ill human beings.
I do not know what benefit it is to kill, clean and stage the animal to be found?  It could be some sort of worldwide cult activity that has been going on for decades if not centuries.  If that were the case I would think by now one of the societies where this has taken place would by now have some sort of an idea who and what group would be doing this.
At this point , after years of trying to find answers or even find a clue- I can only say I  have no idea who or what or why this strange horrific cat killing or any of the animal mutilations are taking place all over the world  The only thing . I do know as fact is that animal and even human mutilations occur and continue to be complete mysteries. Who or what could be behind this horror is a question I think needs to be researched seriously and quickly. I think we have looked at these things with a dumb-ed down curiosity that allows us to simply shrug our shoulders and walk away. I think this may be a mistake and we should try to look at this nightmare not only in a more serious manner but as a warning of what may be ahead if we do not confront such horrors in a more determined way.  We need to insist on more involvement of our law enforcement officials along with the eyes of science to figure out why these awful mutilations and slaughters of living creatures are happening worldwide.
I admit I could not give this subject the time and effort it needs.  I was at a loss at where or who to ask or turn to  about it  when along with a few new reports of half cat mutilations in my email I found  a note from a woman who told me she wanted to start looking at these things with a more determined eye. She realizes the depth and horror of these mutilations and decided to do something about it.  She is going to join with others and continue to collect and report data concerning this issue.  She will contact those who are working on this subject with the hopes a more serious thinking can be applied to this truly horrific subject.
The name of her site is ‘Enigma Earth’ she will be collecting and welcomes reports of all the animal mutilations and understands the scope and horror of the half cat dilemma.   You can reach Enigma Earth  @
http://www.enigmaticearth.com/
I will be working with this site by directing this type of report to her and providing links to her site on my blog. I hope all those interested in and disgusted, disturbed and concerning by these activities support and help this site work on this horrible situation.  I believe that many subjects considered unknown would be solved if people worked together to find answers.  This has not been the case with the paranormal to date however maybe due to the brutal killing of so many living creatures we will start to give up egos and dreams of internet success to stop the madness of these mutilations.
For now continue to be careful out there, turn off your hand held gadgets and phones and give your full attention to your surroundings. And for all of you who love your cats- keep them near and keep them safely out of harm’s way.

This issue remains ongoing and confusing. Before I was able to post the above article we received yet another strange report of odd found dead cat remains. I will forward this to the new group investigating these awful mutilations but first wanted to add it to this article.:

“About 1 1/2 years ago I was walking my dog in the early morning when I saw what appeared to be a dead cat on someones front lawn.  As I got closer I realized that the cat was cut in half.  It was just its head and front legs.  It was a clean cut like someone took a knife to it.  It was obviously a fresh cut because it was pink inside but I didn’t notice any blood.  I thought it must be a coyote but there was no hair around the cat and no blood and the cats fur looked normal. I just assumed it was a coyote because I have seen them in my neighborhood several times.  I told my friend what I had seen that day and she said oh no, that’s an owl that killed it.  She said that’s what happened to her cat a few years ago.  I thought well that makes sense.

About 3 months ago, I was walking my dog in the early morning and there it was again, another cat.  This time in the middle of the street, cut in half, clean line and no blood.  I thought wow there are a lot of owls out here.
4 weeks ago, same thing, walking my dog but this time was different.  I saw something on the sidewalk and I thought it was a rat, as I got closer it was half of a tail.  The tail was jet black with white stripes, clean cut, no blood.  About 6 feet from that was the half cat again, it was light peach in color, no blood, clean cut.  About 3 feet from that was the bottom half of a cat that was dark brown in color.  I thought geez, this time the owl killed 2 cats at once.  It wasn’t until later when I was telling the story that I thought wait, that tail didn’t match the bottom part of the brown cat and I thought I saw a fury tail but I don’t remember but I do know that there is no way that it was the same cat, it was 2 different cats, maybe even 3.
About a week ago my co-worker told me to look at this website because there is a mystery of the half cats.  I still was thinking it was an owl but as I searched all over the internet of how owls kill there prey, there was nothing that said their talons slice like a knife.  When I asked my Dad if owls kill like that he said no bird would and they pick and rip there food.  A coyote would take the whole cat back to it’s pack and they always leave a fury mess.  So now I am so curious as to what or who is killing these cats.”
All of these events took place within 3/4 of a mile from my house.

Thank You
(named withheld for privacy)
I live in West Hills, Ca  “

I have no idea what is happening out there but do think it is time for the sake of all the animals we care for and love to pay attention and link together  to try to not only figure out this odd activity but hopefully stop it!