UFODigest.com » Paranormal » Halloween » Halloween; Satan Coming To Get You…Or Is The Local Vicar ‘At It Again?’ 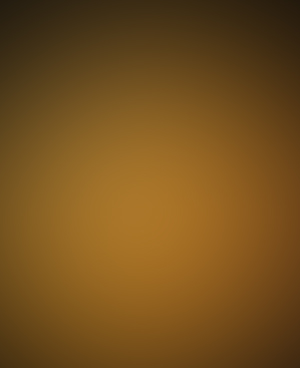 All modern Church traditions are based on earlier Pagan customs and feast days.

Halloween stands awkwardly in the way of the CHURCH PROPAGANDA MACHINE, as it is one of the hardest traditional heathen festivals to convert or eradicate; hence the typical commotion made each 31st October by the grinning bigots in dog collars.

For centuries self-righteous Christian fundamentalists have been seeking to ban this ancient festival, via linking it to evil; but what about the accuracy or otherwise of these intolerant claims? Initially, we have to look back into the mists of time for our answers.

THAT CHRISTIAN FUNDAMENTALISTS HATE THE MOST

The tangible festival of Halloween was originally called ‘SAMHAIN,’ which links to the Gaelic/Celtic meaning for ‘November’ and ‘summer’s end’.

The original Celtic settlers arrived here in around 600 BC, fetching with them their own ‘Nature Based’ polytheistic form of spiritual belief systems.

Samhain marked the commencement of the long cold winter, a time when the cattle had to be herded into sheltered quarters as a defensive measure against expected harsh snow-fall, frost, and blizzard. It was also a cheerless period for numerous Celts, as the winter’s chill could always prove too much for many elderly, sick, or loved ones badly injured in combat.

FESTIVAL OF THE DEAD

Because of its association with the ‘Dark Half’ of the year Samhain, was regarded as the ‘Festival of the Dead,’ and a time when the barrier betwixt the living and their beloved ancestors was at the thinnest extent.

This had nothing to do with evil of any kind. Such preposterous notions were only promoted later on by the intolerant Church in order to win the populace ‘away’ from its indigenous, heathen spiritual ethos.

Samhain, although often an extremely serious affair to the Elders, was in addition a last chance for the younger hearts in the clan to ‘let off steam’ before the cold blanket of winter settled in. For many years Christianity and Paganism coexisted quite well. Then’ in the year 601 AD, ‘Pope Gregory’ instructed his missionary St Augustine to: ‘Destroy all Pagan Idols and cleanse the native temples’ in order to convert the indigenous peoples to Christianity).

The Iron-fist of ‘Monotheistic – Absolutism’ was to open up the floodgates of Cultural Spiritual Terrorism for the unsuspecting Pagan folk of these green Isles. Many Pre-Christian festivals had by this time been hijacked by the new-fangled ‘One – God’ religion from the East.

Nevertheless, Samhain with its mysterious blend of reflection, melancholy, magic and joy proved the hardest nut for the zealous missionaries to crack.

THE DEVIL AT HALLOWEEN – OR IS IT?

That characteristic devil figure of Halloween is known to all – but what of the legitimacy behind this image.

OK folks – let’s take a little look at the ‘truth’ rather than Christian-inspired superstition blown out like hot air from your joyful, neighbourhood pastor, vicar or priest.

The Celtic ‘Horned God’ Cernunnos, Herne, or Belatucadros (to mention but a few of his titles), is a deity representing the vital masculine fertilising aspects inherent in nature. The Greek Pan and Roman Faunus also fill similar ‘Horned God’ roles.

More about the Horned God here:

The Pagan Celts did not believe in the Christian conception of evil (Satan), however in order to disparage the old native religions the Christian Church invented the destructive myth that indigenous horned deities, like the above, were all different faces of the ‘Devil’.

Halloween then is essentially an ancient celebration of love for life, our mysterious relationship with Mother Earth and intimate reverence for the dearly departed.

No amount of modern sanctimonious, anti-Halloween based, propaganda from holier-than-thou religious activists will ever change that!

Above: ‘Baphomet’ from an original painting by Pat Regan

Baphomet represents just one horned deity twisted by the Church, with possibly a little help from Hammer Horror film productions, into an aspect of pure evil.

The hermaphroditic Baphomet is in fact a representative of the alliance of the spiritual and the physical, (as above so below) and the eternal universal ‘oneness’ in all things to be discovered in the quest of enlightenment.

When viewed from a shamanistic standpoint this image, like all horned deities, is no more a demonstration of evil than of good. The only aspects of evil exist in the rabid minds of the self-satisfied bigots who promote fear and mistrust from the sanctity of their man-made churches.

Watch out for them playing the local media like a drum this Halloween in your locality!

CHECK OUT THE FACTS BELOW FOR REFERENCE ON THE PAGAN PERSPECTIVE

(1) Halloween is traditionally one of the oldest British religious festivals celebrated in Scotland particularly up to and beyond 1870s. It is not an American invention.

(2) Trick or Treat is ‘not’ an American invention – the games, fun and harum scarum at Halloween are all typically British being listed in Robert Burns 1875 poem Halloween for all to see. It is part of our traditional culture.

(3) There is absolutely no medical evidence to suggest that dressing up or the wearing of masks is psychologically damaging to children or in any way harmful. The allegation is false. Children have been happily celebrating Halloween for hundreds of years without harm.

(4) Halloween is a genuine Celtic festival and was celebrated in Britain long before it was Christianised. The early Christians invented All Saints Day on November 2 to try to replace Halloween but failed because the people enjoyed Halloween so much.

(5) Attacks on Halloween by religious bigots are now outlawed under the Religious Hatred laws and Pagans are demanding that the Church of England stops those amongst its members who feel they have to insult the ceremonies and rites of other religions. Can you imagine the outcry if they had accused Moslems of abusing their children by making them fast during Ramadan?

(6) Everyone to his own, Pagans see the modern Christmas as an appallingly materialistic travesty of ancient religious ideals, yet we don’t go around demanding that Christmas decorations and outdoor illuminations are banned.

(7) Saman’s Vigil is the Anglicised interpretation of the Celtic festival ‘Samhain’ pronounced ‘Zoween’ or ‘Sowin’. It is also termed Festival of Light or Fire. The Vigil of Saman, or Samhain, occurs on October 31st and was observed for at least a thousand years before Britain was Christianised.

(8) Samhain was the Celts’ most important festival because it was marked as their New Year’s Day.

(9) Saman is the Celtic lord of Death and Rebirth. Samhain is the mysterious, late season festival for remembering our beloved ancestors and renewing fire for the harsh cold months of winter. Its basis is intimately linked with ‘LOVE’ and the natural cycle and not any type of evil, as troublemaking evangelists would have us believe.

(10) Christian fundamentalist activists always rush in to claim that Halloween is not a British tradition and should not be followed in the U.K. This falsehood relies upon igniting  ‘Anti-American’ sentiment within insular British minds, because the truth of the matter is that Halloween is NOT an American importation, it is an entirely British tradition, which was actually exported to the U.S.A. by European immigrants. Such fundamentally – inspired racism, against our American cousins, should not be tolerated in a modern UK society.

ATTEMPTS BY CONTEMPORARY CHRISTIAN MORALISERS TO BAN THE FESTIVAL

The Church of England mounted a crusade (which was apparently being spearheaded by the Manchester Diocese) to make Halloween celebrations unpopular, leading to an expected eventual ban on this ancient holiday.

The 2008 CofE assault on Halloween in effect incited hatred towards UK Pagans. This potentially unlawful action was seen by Pagans as a malicious, fundamentalist effort against our traditional and sacred ‘Samhain’ festival.

Inciting religious hate is not an option under UK law for the CofE.

PAN had at that time been in correspondence with the Archbishop of Canterbury’s office to complain about this insult to Paganism.

Lambeth Palace in fact replied several times to Pat Regan (PAN founder) with a guarded apology for any offence caused to Pagans.

However, Pat was not impressed with the apparent inability for them to halt this hate campaign against Pagans.

Lambeth Palace suggested that Dr Williams had no part in this campaign and that it is solely a Manchester Diocese initiative, based on combating consumerism. This lame excuse was however NOT good enough – it did NOT wash!

The CofE were, PAN believed, in violation of religious hate laws and must be accountable for their unwarranted actions.

PAN demanded for this socially – destructive evangelical crusade to be halted immediately and that a proper apology to be issued by the Church to all UK Pagans.

Find out more from SAFF here:

For countless years the Church has been seeking to gain the monopoly of all aspects of our lives.

Christianity is NOT the native faith system of our lands – it is a man-made, IMPORTED FOREIGN CULT that is based on primeval falsehoods, trepidation and hand-me-down religious propaganda that many trusting people now accept as hard fact!

Kick out the Christian Kill-joys this Halloween and celebrate this much-loved, ancient aspect of our incredible Pagan inheritance now!