UFODigest.com » Paranormal » Magick » Hitler, The Holocaust and the Vatican’s Blood Libel Against Paganism 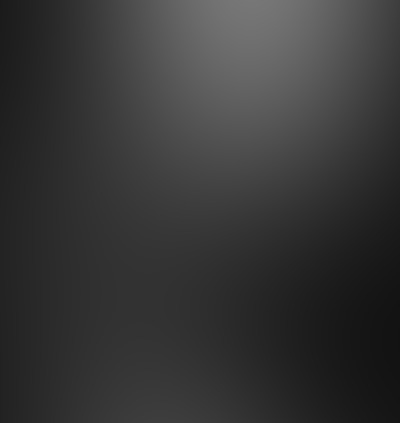 The biggest religious cop-out of the 20th century

Today, many people erroneously believe that there is a vast difference between Paganism and the Occult. This is a common and understandable misconception; therefore I shall try to shed a little more light on the subject.

Paganism is an earth-orientated way of intimately synchronising oneself with the planet that we call home and the changing seasonal cycles, for the benefit of self and others.

Occultism may be accurately defined as seeking the sacred that resides beneath the mundane.

It is clear that we are speaking here then of analogous pathways that merely hold different titles. The term ‘Occult’ is an umbrella expression that can cover many various religious traditions, including Christian Mysticism as well as forms of Pagan adherence.

The word “Occult’ or “Occultist” has been ingrained in many of us in a shock – horror, negative fashion. This simply illustrates the incredibly successful spin furnished on the unquestioning masses by the Church’s relentless propaganda machine, since time immemorial.

I have written at length of the appalling mass murder regime committed by the Church against people who it deemed to be not Christian enough during the infamous Burning Times.

More recently, Hitler’s persecution of others in the last world war, and most especially the infamous Holocaust, has despicably been equated with the Pagan religion by troublemaking Church activists. This claim is fact, not fantasy, as I shall explain further.

If readers have missed this issue then they really need to examine the following, right now.

In 1998 PAN (Pagan Anti-Defamation Network) accentually the following serious issue with the heading.

PAGANS BLAMED BY CHURCH FOR THE HOLOCAUST

How the Vatican sought to scapegoat Pagans for the Holocaust.

PAN had at the time warned readers of unbridled anti-Pagan comments presented by one Fr. Marsden, a seemingly narrow-minded Catholic priest and well-respected religious columnist.

Virtually every week Marsden and numerous other staunch reporters sharing his prejudicial views insulted the Old-Religions in all their diverse forms.

One of the most verbal Pagan-bashing writers at the time was Lynette Burrows.

Commenting on the Vatican’s recent Holocaust document she stated:

This loathsome declaration of religious intolerance was echoed across the world and once again innocent Pagans were firmly fixed in fundamentalist sights as the ‘Whipping Boy’ of society.

Centuries of historical Christian teachings ‘against’ the Jewish race seemed to count for nothing anymore because the monotheistic propaganda machine had conveniently cemented yet ‘another’ blood-libel against Pagans into the trusting mind-set of the indoctrinated masses.

This blood libel is regrettably still been trotted out by many imprudent individuals who fail to realise the potential ramifications of such idle tittle-tattle. To them Pagans, Occultists or any other misunderstood spiritual minority are ‘fair game’ for vexatious snipes and careless malicious rumour.

I seriously believe that many people even fail to realise how they have been cunningly manipulated in this way by clerically – inspired half truths.

Disagreement had raged over the Church’s actions throughout the Holocaust. The debate recommenced in March 1998, when the Vatican presented a document, “We Remember: A Reflection on the Shoah,” supposedly analysing the responsibility of the Church during those dark years. The storm revolved over whether the article satisfactorily acknowledged the Church’s role in the prime expansion of Nazism. While the document partially accepted that centuries of anti-Jewish teachings and Biblical interpretations resulted in prejudice, brutality, exclusion, forced conversions, and other persecutions, it also stated that ‘Nazism was rooted in paganism’ and not Christian theology.

Through the ages, Jews have been shunned, stereotyped, victimised and murdered via powerful religious leaders using BIBLICAL CHRISTIANITY, not PAGANISM, as a device to achieve their wicked ends.

The Church has constantly accused Judaism of ‘Killing its Messiah’ and Hitler merely used this Christian-orientated concept to further his disgusting racial policies and ideals. These policies were roundly accepted by millions of ordinary Germans, who were happy to call themselves good Christian people.

Christianity underscores the Establishment; Christianity is frequently the lip-service opiate of the masses and if its respected religious leaders say that Paganism equates with Devil-worship or Nationalism then Joe-Public often believes such gobbledygook – without question.

Originally, Christian suspicion, vilification & hatred of the Jewish race was  sadly an historical fact and ruthless Christian kings in the UK and other countries were once quick to condemn innocent Jews to exile or death, without a second glance.

It was historically Christianity that regarded Jews as the ‘DEVIL’S AGENTS’ (mainly through their role as early usurers.) It was the ancient Christian leadership’s indoctrination, bigotry, lies and vilification (not Paganism’s) which lead ultimately to the Holocaust, via public hysteria fuelled by Establishment-orientated misinformation.

Please note that this is NOT in any way a stab at contemporary lay Christian people who just want to live their lives (like the rest of us) in peace. Good and bad individuals exist in all faiths.

Of course most Christians today are not fundamentalist or evangelical in makeup and I only criticise religious extremists who seek to disenfranchise other faiths, whilst bolstering their own. We must always strive towards a more tolerant and equal society for all.

Many more liberal-thinking Christians have even now ‘apologised’ for the nauseating Christian atrocities, which were committed by their over-zealous religious predecessors against other faiths during the early Holy Crusades.

Many have realised the odious injustice of the medieval BurningTimes when millions were  killed under well – documented Church ruling for being ‘Heretics’ ; i.e. for not being  Christian enough for the fixated religious junta that was in control of the Establishment at that time.

More recently, numerous contemporary scholars (Jewish and otherwise) have also blamed the Catholic Church’s leadership for apparent intransigence and apathy in failing to speak out loudly enough about the Nazi threat and thus permitting the Holocaust to run on virtually unabated.

PAN asked at the time of the Church blood libel:

“Is this WHY Lynette Burrows and other activists were so defensive and quick to lay the blame for the Holocaust firmly on the shoulders of Pagans?

This is deadly serious stuff and in the name of social harmony all reasonable people need to stop the rot before the Vatican falsehood spreads like wildfire. Now, even ordinary liberal-minded Christian people would be outraged by these dangerously misleading distortions of historical legitimacy.

Paganism, like every other faith system, is deemed to be ‘Satanically-inspired’ by radical missionary fundamentalists and thus a tangible ‘threat’ ranking for infiltration, suppression and/or evangelisation. Atheism is also seen by the fundamentalist as being the work of the Devil.

The Fuehrer’supbringing ensured that he was quick to utilise old, well- indoctrinated hatreds in the masses about Jews killing ‘his’ Savoir.

Millions that fought and died for their Reich masters were not Pagans, not occultists, not witches but faithful Christians believing themselves to be doing God’s work.

On their military belt buckles was the inscription ‘Gott mit uns’ (meaning God with us).

“My feelings as a Christian points me to my Lord and Savoir as a fighter.  It points me to the man who once in loneliness, surrounded by a few followers, recognized these Jews for what they were and summoned men to fight against them and who, God’s truth! was greatest not as a sufferer but as a fighter.  In boundless love as a Christian and as a man I read through the passage which tells us how the Lord at last rose in His might and seized the scourge to drive out of the Temple the brood of vipers and adders.  How terrific was His fight for the world against the Jewish poison.  To-day, after two thousand years, with deepest emotion I recognize more profoundly than ever before the fact that it was for this that He had to shed His blood upon the Cross.  As a Christian I have no duty to allow my self to be cheated, but I have the duty to be a fighter for truth and justice…  And if there is anything which could demonstrate that we are acting rightly it is the distress that daily grows . For as a Christian I have also a duty to my own people.”

Hitler was baptised as a Roman Catholic during his early years in Austria.

Claims of sinister Nazi occult involvement are of course extremely fashionable in contemporary mythology, yet largely unsubstantiated. Alternatively, we do have an overabundance of historical data, which proves beyond all reasonable doubt where the Nazi Holocaust originated from. Add to this Hitler’s own proclamation of his deep-seated and passionate Christian faith and the evidence is crystal clear.

Abhorrence for the Jewish race did not originate from Hitler or Paganism; it stemmed from the mission and traditional teachings of Catholic priests and Protestant clergy throughout Germany, stretching back many hundreds of years.

Hitler merely fanned the flames of fundamentalist hate that already resided under the respectable surface of the mass Germanic mindset.

The truth may not be as trendy as modern conspiracy theories, but historical detail backed up by self-confession of those players concerned, appears to make a very convincing case for the above.

Along with the heinous clergy abuse scandal, this situation remains as the biggest religious ‘cop-out’ of modern times.