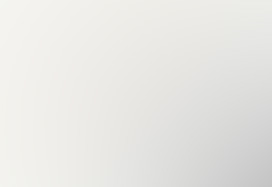 Publisher’s Note: Received an email from Liliana who has had two UFO sightings and is kind enough to share her experiences with UFO Digest readers. Dirk

Hi my name is Liliana I live in Houston, Texas. When I was smaller around the age of 10 my family and I were coming from Chuck E. Cheese’s on our way home. I love the view of the night sky so I would stare out the window towards the sky when I saw a circle-like object with four lights that were in square type of light.

The UFO was a circle but the light were in corners like a square, its hard to explain how lights turn on then turn off.

The next one it may have been small…I thought it was the car reflection but there was no car behind us and no cars to the sides. There was however a car in front but it was too far away to give those reflections, so we drove on as the light turned green and it seemed as if it was following us. Then I thought maybe its some toy with lights inside the car so I looked and found nothing.

I told my parents but they didn’t want to look so when we got home I ran inside to look for the binoculars and I saw that thing just floating a block away. In my mind it I looked like they were starring at the people in the park getting wet I told my dad to look because he was outside but he couldn’t see that far…I looked away for a second and they were gone.

My second sighting occurred when I saw something strange on my way to work at age 20 on a street called Wayside. I was going up a bridge and I saw a building look like it was floating slowly in the sky! I almost literally stopped the car to take a picture but it was to far and it was closer to my job. I got closer it went away further…it was black one floor high I don’t know if anyone else saw it! It was the scariest thing I ever saw, when I parked my car I got out but it had vanished…